IMO Called on to Develop a Marine Investigation Code

Speaking at this week's IUMI 2017 conference in Tokyo, international marine and engineering consultancy and survey company LOC Group called for greater clarity from the IMO to better manage maritime casualties. 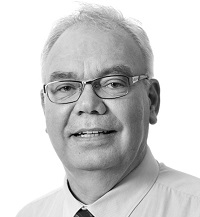 Captain Jonathan Walker, a consultant from LOC's Singapore office, said "We would like to see IMO develop a Marine Investigation Code to govern shipping accidents. It should be completely transparent and consistent across national borders. Importantly, governments should commit to it and not interpret its guidance to suit national agendas."

The salvage and investigative process immediately following a major maritime casualty should be streamlined, he said, and should protect innocent seafarers. "We recognize, absolutely, the rights of sovereign states and the need to comply with all national laws, but we would like to see a process, most likely driven by the IMO, that requires sovereign states to clarify their jurisdictions within their governments prior to an incident. In the immediate aftermath of a major incident, it is vital to understand which authority we are dealing with. Similarly, those authorities need to retain experts who understand the maritime sector and the implications of a shipping casualty."

Walker also raised concerns over the increasing trend to criminalize seafarers following a casualty; the lengthy period it was now taking to arrange salvage and complete the investigative process and the growing requirement to remove wrecks irrespective of cost or environmental impact.

"IMO, together with the International Labour Organisation and International Transport Workers' Federation, should develop early release procedures for seafarers under investigation by member countries. There are many cases where seafarers have been detained for many months even though immediate investigations had shown them to be completely without fault. The industry should not allow mariners to be criminalized in this way," he said.

Walker pointed out that only 35 IMO member states had signed the Nairobi International Convention on the Removal of Wrecks, 2007, which clearly detailed how wrecks should be removed. Significantly, the Convention stated that actions should be "proportionate to the hazard" and that activities "should not go beyond what is reasonably necessary." If this was agreed internationally, said Walker, then the requirement by some authorities to remove wrecks, whatever the cost and environmental impact, would be eliminated.

In general, enhanced and regular communication between all parties – governments, maritime authorities, shipping companies, regulators, insurers and others – is required to ensure future shipping casualties were better managed, the environment protected and seafarers' rights secured, he said.