Inventory of Hazardous Materials (IHM) surveys, when carried out correctly, can have a range of unexpected benefits for ship owners. A recent experience not only highlights the value to ship owners of having an approved inventory for their vessels, but also reaffirms the need to ensure that surveys are undertaken correctly.

Hazardous materials consultancy Lucion Marine was recently appointed to assist a major cruise line with work on a 2008-built cruise vessel. In this particular case a shipyard, on a pre-refit visit, claimed that an area where a new scrubber installation was planned contained asbestos in the bulkhead fire insulation.

At the request of the ship’s technical manager, Lucion Marine met the shipyard and its asbestos surveyor on board the ship in Jamaica. Following discussions, we then took mutual testing in three on-board locations where the shipyard claimed asbestos was present. In addition, over the course of six hours, we took an additional 90 samples throughout the uptakes and rushed the samples back to our laboratory for analysis.

Within two days of leaving the ship and completing our testing, we were able to confirm to the vessel owner that no asbestos was present. In our opinion, we believe that the situation was caused through the initial use of an inexperienced company involved in the first assessment; in fact we have learned that it was the surveyor's first time on a ship.

We also suspect that some of the sampling equipment used in the initial ship survey may have been contaminated from a previous job and subsequently contaminated the samples taken from the cruise liner.

In the end, this may appear to be a satisfactory outcome for the cruise liner, with work on the refit being able to proceed unhindered, but that does not take into account the extra costs and working disruption involved. For example, there is the lost time and additional surveying costs incurred, as well as the travel expenses involved in sending specialist surveyors to the shipyard, not to mention the lost management and working time after the shipyard first mentioned their concerns.

Unfortunately, this sort of situation is not an isolated case. Lucion has been involved with two other shipowners who have been accused of having asbestos insulation in a work area. These other situations proved to be more aggravating: the claims happened during refit work, which was then stopped, causing considerable delays and costs until thorough testing had been carried out.

During our work, we have found asbestos in over 80 percent of new ships, and we work regularly with prudent ship owners such as Maersk, BP and the Royal Navy to have their new ships surveyed before delivery from the shipyard. Many government marine authorities recommend that all ship owners should have an ISO17020 specialist asbestos survey carried out to eliminate the asbestos risk to demonstrate that a ship is asbestos free. The need for this has been created because shipbuilders only base their "asbestos free certificate" on suppliers’ material declarations, with no direct testing of supplied parts or components. 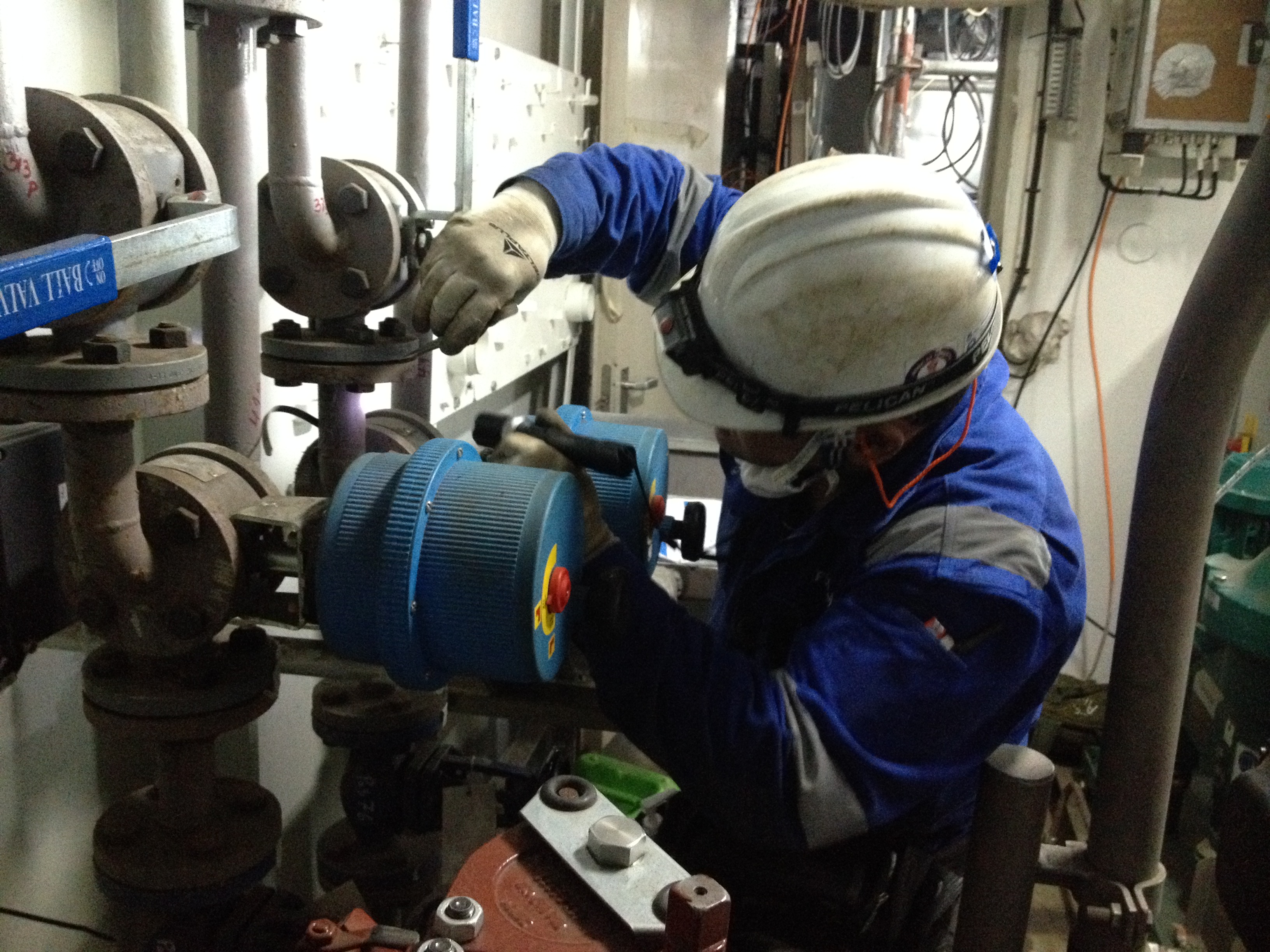 In addition, the term “asbestos free” can be misleading as a result of different international thresholds that govern and control its precise definition. For example, in the USA up to 1.0 percent asbestos content can be permitted, while it is 0.1 percent in the EU and 0.0 percent in Australia. In China, there is no official standard, and in our work with ship owners and shipyards there we have found as much as 15 percent asbestos in materials that have been declared “asbestos free.”

On the same theme, it cannot be assumed that sister ships built to the same design by the same shipyard will be the same in terms of potential asbestos content. Recently we surveyed a series of six French newbuilds in South Korea and found asbestos in the fire door seals of the fourth ship, highlighting that the supply chain can be affected at any time. It is worth noting that 60 percent of an IHM inspection is an asbestos survey, so having a professional and effective IHM completed will eliminate the risk of any contamination claims during a refit or with owner-supplied items.

This regulation is still awaiting ratification, and if the Ballast Water Treatment regulation is a guide, we expect that this could be achieved by 2022. In the meantime, the EU has issued a regulation that all ships with EU flag, or any ship visiting an EU port, must have a classification society-approved IHM by December 2020.

It is important that a ship owner selects an experienced ISO 17020-accredited marine specialist company, as the IHM process requires that the sampling plan has to be first approved by class prior to the survey being undertaken. This can be timely and costly if the plan is not approved on the first submission. After the survey, the class society will then review the report and either approve or make recommendations on the report, so it is cost effective to get the report correct on the first submission. Once the survey is completed and approved, class can issue a certificate of compliance, which is a component of the ship's annual certification.

In summary, it is shortsighted for ship owners to take the view that only those vessels visiting EU ports require an IHM. In time, all ships will have to be compliant with the Hong Kong Convention. In addition, the benefits of an IHM can go much further. In the longer term, proving a ship is asbestos free can remove the risk of potential exposure claims from crew members. And as Lucion’s recent experiences have shown, a proactive decision to implement IHM surveys across a fleet can remove the possibility of the wrong diagnosis of a shipyard or contractor during refit or repair works, avoiding additional costs and unnecessary delays.

John Chillingworth is senior marine principal at Lucion Marine. Lucion Marine provides specialist hazardous material management services to the global marine industry and has done so for the past ten years. Supported by internationally recognised and accredited laboratories, the company works with leading owners and operators of ships, offshore platforms and all types of marine vessels, assisting in compliance with SOLAS, the Hong Kong Convention and the EU Ship Recycling Regulations. More details at www.lucionservices.com.