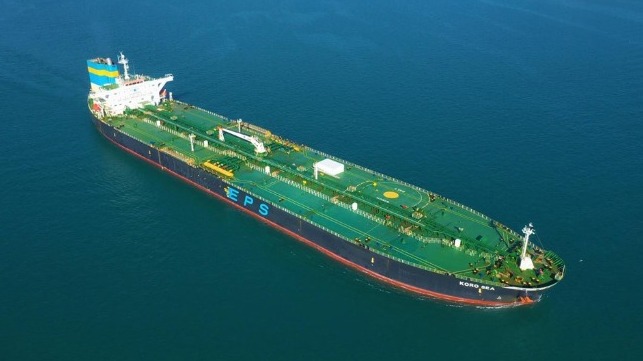 Despite Pandemic, Smugglers are Moving Huge Amounts of Contraband

On July 1, Italian police made the largest amphetamine seizure in the world. At the port of Salerno, just south of Naples, they used chainsaws to open large cylinders of paper and industrial machinery that were inside shipping containers from Syria and found 14 tonnes of pills.

In Hong Kong, customs officials seized record numbers of illegal shark fins in April and May, from an estimated 38,500 sharks. Meanwhile, the trade in counterfeit drugs and medical equipment has been in overdrive. US border authorities recently confirmed that they had seized nearly a million units by the beginning of June.

These record seizures are puzzling, since they suggest that such activities are increasing. The trade in illicit and legitimate goods are usually closely connected, with traffickers and smugglers often using legitimate goods to conceal their commodities – just like in the Italian amphetamine bust. Yet the global trade in legitimate goods has declined sharply during the pandemic and is forecast to be down 10% year on year in 2020. So what is going on?

To some extent, illicit traffic will be more visible to authorities because legal trade flows have shrunk and there is additional checking at national borders. The seizures are also a sign of criminals taking greater risks because they can make higher returns on scarce goods. In the UK, criminals have been smuggling drugs in bulk because it’s harder to smuggle lots of smaller shipments. Larger actors can often cope with the increased transaction costs, while petty smugglers sometimes end up getting pushed out of business.

Criminals have had to innovate to keep their supply chains open. A good example is concealing illegal drugs in consignments of face masks or other medical supplies. We are also seeing changes in the modes of transport that smugglers are using. Some activities that usually move by air or road – certain wildlife trafficking, for example – have switched to rail and maritime routes.

Shipping is more attractive because most seaports have continued to operate. In some cases, illicit trade on ships has increased. For example, the port of Antwerp in Belgium reports that cocaine shipments from Latin America have risen.

Yet there have also been drawbacks to maritime smuggling during the pandemic, including cargo congestion at seaports and reduced capacity because of coronavirus restrictions on vessels and crews. Trains, on the other hand, have been running relatively unscathed. They are also less scrutinised by officials and transporting more legal cargo than usual. Hence rail routes from China to Europe have become an attractive alternative for transporting counterfeit consumer goods, for example.

To the extent that smugglers have identified new routes and methods for moving illicit goods, or acquired new knowledge and skills, some of these techniques might well continue after the pandemic.

Criminals have had to learn new techniques of concealment and evasion in making and selling their contraband. There have been reports of drug dealers posing as key workers to move freely in the UK, using props like NHS badges or high-vis vests.

Before the crisis, there was already a growing problem of criminals posting small parcels of illicit goods in the mail. This seems even more popular in some places during the pandemic – mail deliveries of recreational drugs in Shanghai have risen, for instance.

Online trading has long been the main platform for illicit goods, and this too has grown in 2020. At least 100,000 new websites have emerged since March selling COVID-related substandard or fake medical items. There are also signs of more counterfeit consumer goods selling online, including fake car parts and accessories. Demand for counterfeits is likely to keep rising as the economy worsens, and because some legitimate goods are more scarce than usual.

Manufacturing of illicit products was temporarily disrupted early in the pandemic. Chinese criminals couldn’t make counterfeit luxuries, for example, or export the usual chemical supplies for making fentanyl, but they were back to business as usual within a few weeks.

Illicit manufacturing did not change as dramatically as other aspects of the trade, partially because it is less flexible. The average producer of counterfeit handbags cannot quickly re-focus on making fake pharmaceuticals. In contrast, a new route for transporting illegal goods can move everything from drugs to wildlife to counterfeit luxuries.

Counterfeiting and smuggling have been made easier by the more dispersed supply chains in our globalised world. Yet these networks are likely to shrink after the pandemic as multinationals bring some manufacturing nearer home to be less vulnerable to the kind of trade restrictions seen in 2020. Indeed, this “reshoring” started before COVID-19, and could make smuggling and counterfeiting more difficult.

Shorter and simpler supply chains for legitimate goods will most affect illicit products that are smuggled on the back of them. This would include not only things like drugs concealed in shipping containers but also counterfeit consumer goods “sneaked” into authentic consignments of the same product and sold as the real thing. On the other hand, counterfeits that can be distinguished from the brand-name product usually rely on an independent supply chain.

Deglobalisation is bad news for China-based criminals, since they produce most of the world’s counterfeits. They will certainly have to adapt to some companies relocating and diversifying their supply chains and doing more due diligence about their suppliers.

Yet it is difficult to guarantee the ethical standards of your business partners even with greater due diligence, particularly if the economic fallout of the pandemic reduces the alternatives. There are also indications that for practical reasons, China’s status as the workshop of the world is unlikely to change dramatically. And even if shorter supply chains make a big difference to the illicit trade, it may just motivate criminals to come up with new ways to meet demand. It may just displace illicit supply chains to places such as Turkey, Thailand and India.

Alexander Kupatadze is a Lecturer in Transnational Crime at King's College London. This article appears courtesy of The Conversation and may be found in its original form here.

As the shipping industry works to develop its path towards decarbonization, one large shipowner has decided to use the existing technology to start a conversion to methanol while longer-term solutions continue to be developed.  Eastern Pacific Shipping, which has a fleet of containerships, dry bulk carriers, and tankers totally 15 million dwt, will work with OCI, a producer and supplier of nitrogen and methanol, and MAN Energy Solutions to begin to retrofit existing ships and develop new ones to run...