A Ghost Fleet Overlord unmanned surface vessel, part of a partnership between the Defense Department's Strategic Capabilities Office and the Navy, recently traveled a distance of more than 4,700 nautical miles, almost entirely autonomously. Afterward, it participated in exercise Dawn Blitz where it again spent nearly all of its underway time operating autonomously.

A boat moves through the water

"This is a historic milestone for the program and the Navy. It represents what SCO does best, integrate mature technologies to accelerate service priorities, and create new capabilities for our warfighters,'' Jay Dryer, director of the SCO said.

The Ghost Fleet Overlord program is part of an effort to accelerate the Navy's push to incorporate autonomous vessels within its fleet to better expand the reach of manned vessels. Autonomy includes more than just straight-line passage through large areas of the ocean, it also involves such things as collision avoidance and following the rules of the sea.

The Navy's efforts to adopt the unmanned vessel concept involve several classes of ships and an array of missions, such as offensive operations and intelligence, surveillance, and reconnaissance with reduced risk to crew and legacy vessels. The Ghost Fleet Overlord program has demonstrated continued maturity in the autonomous USV concept since it stood up in late 2018. 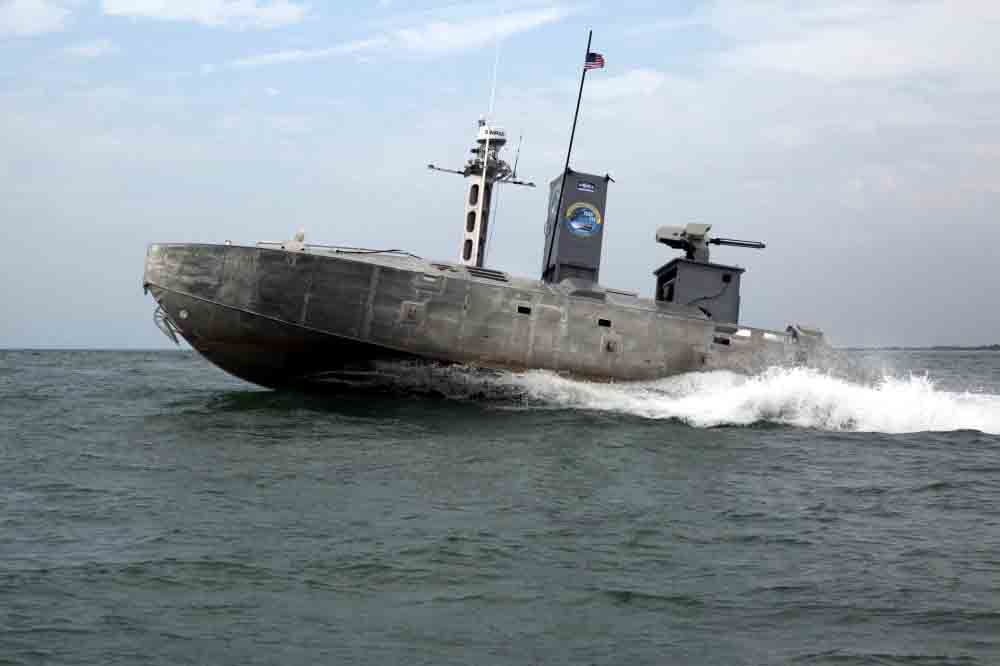 An Expeditionary Warfare Unmanned Surface Vessel (USV) like the one seen here in 2019 trials made a trial Panama Canal transit in 2020 - Marine Corps photo by LCpl. Nicholas Guevara

The most recent display of that maturity involved a USV traveling from the Gulf Coast to the coast of California, moving autonomously approximately 97 percent of the time. While the USV did have a crew on board, remote mission command and control for the trip was done from a remote location by sailors with Surface Development Squadron One.

One of the few times the USV was guided by its onboard crew was when it traversed the Panama Canal.

Optionally manned vessels provide a stepping stone to allow the Navy and its sailors to more easily become familiar with the concept of autonomous operations than what would be possible with a fully autonomous ship.

After arriving on the West Coast of the U.S., the Ghost Fleet Overlord USV participated in December's Dawn Blitz exercise with the Navy and Marine Corps. There, it successfully demonstrated compliance with international regulations for preventing collisions at sea, station keeping, loiter, and transit missions. It was the first time a Ghost Fleet Overlord USV interacted with actual assets in the Navy fleet. 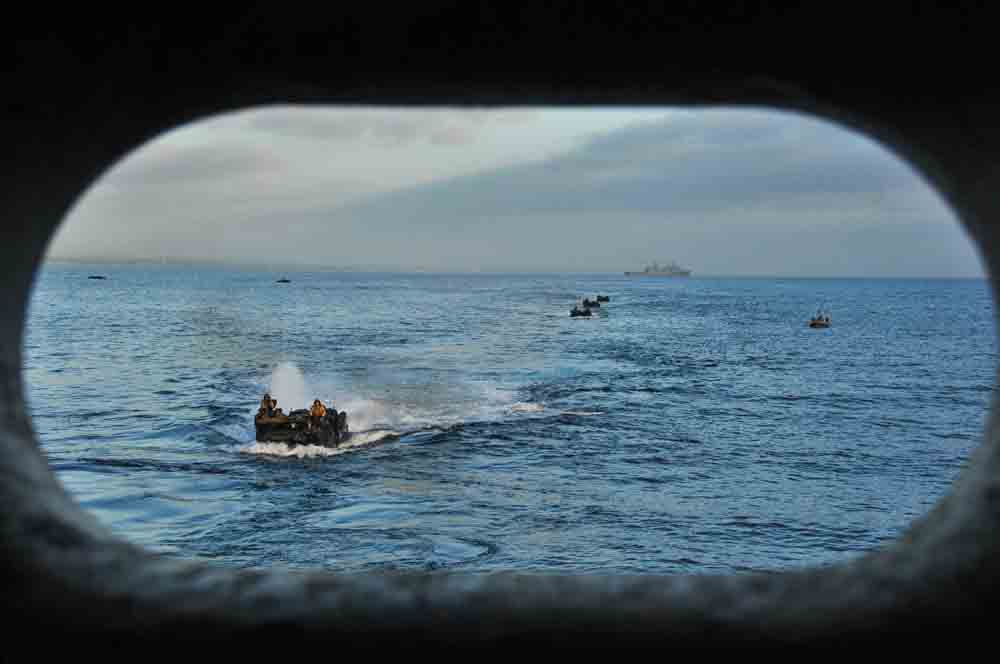 Service members move through the water in inflatable boats

During its participation in Dawn Blitz, the Ghost Fleet Overlord USV operated autonomously for more than 130 hours and traversed roughly 950 nautical miles — accounting for approximately 98 percent of its underway time.

The Ghost Fleet Overlord program has been an accelerant to the Navy's adoption of unmanned surface vessels, enabling it to more rapidly bring such vessels into the fleet.

"Our close partnership with SCO on the Overlord program is accelerating the technology demonstration, CONOPs development and operational command and control of unmanned surface vessels in direct alignment with the Navy's plans," CAPT Pete Small, Navy Program Manager for USVs, said.

A dozen Navy vessels move through the ocean

This article is reprinted from the U.S. Department of Defense News