Perry shared his newfound knowledge about the ship with the family, which started his thought process into writing a story as a source of knowledge and information for young people. His story prompted my interest in the mystery of how a ship that was so well known in the past could now be so obsolete with the general public being unaware of its history.

I recently graduated from the Savannah College of Art and Design in Savannah, GA with degrees in Illustration and Fashion Marketing. Coming from a design school in a city with such rich maritime history, I saw the opportunity of bringing the S.S. United States story to the classroom. I worked the illustration into a required class, making it more of a young children’s book, and it also became part of my senior year project. We  saw an opportunity to share the ship's story with a new generation and to help preserve her legacy. 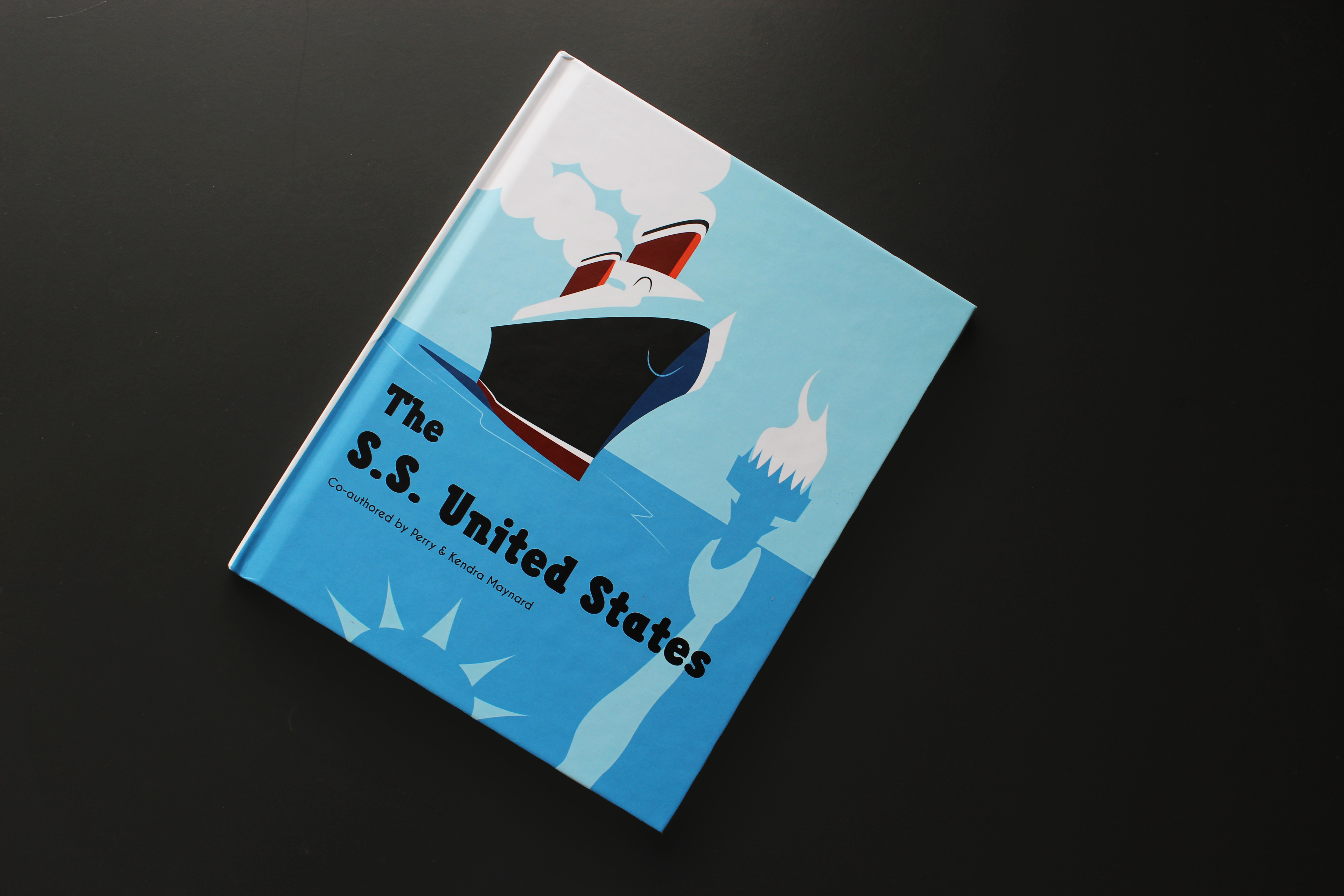 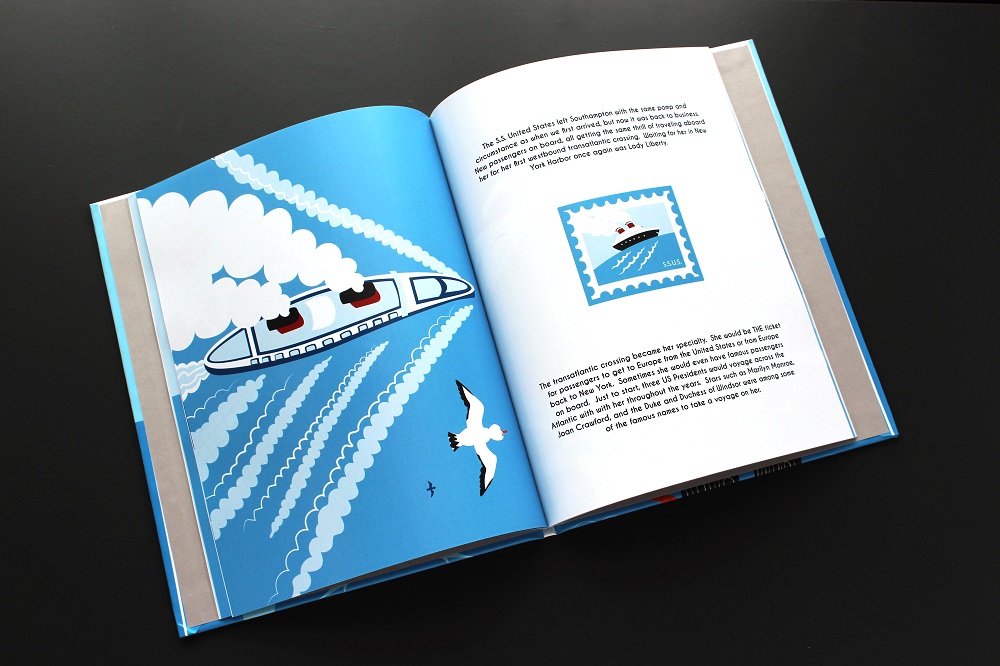 Together, we worked to come up with a short story about an elderly seagull who is telling a young seagull about how amazing the S.S. United States once was. In the story, the young seagull is captivated by the ship's history and when he asks what the ship is up to now, the old seagull has to share the heartbreaking reality that she has since been forgotten.

The actual story of the S.S. United States is an uplifting and proud one, but the vessel faces an uncertain future. We were able to put a heartwarming spin on it with lovable characters while shedding light on the importance of remembering our past as told through our elders.

When the S.S. United States children's book was completed, I received many accolades from my professors, as well as encouragement to continue finessing it for publishing after graduation. Having shown parts of the book through Instagram, the S.S. United States Conservancy reached out to see more of what we had done. They have graciously offered to fact check the story before moving forward to publishing it.

The story of the S.S. United States is an impressive one, but the ship currently seems to be a floating ghost, just waiting to be rescued. Going forward, it faces the real challenge of the high cost of restoration and preservation. 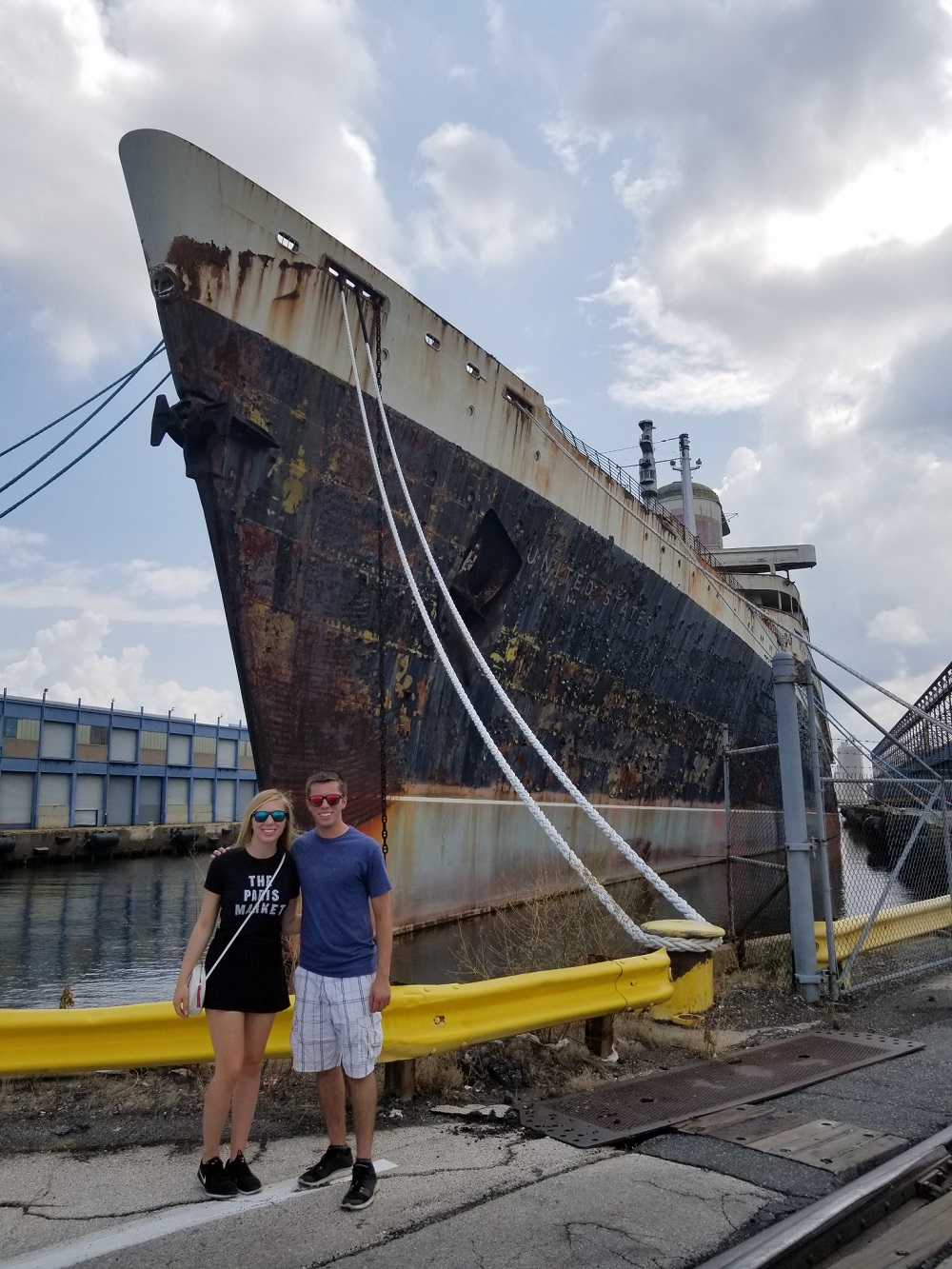 Kendra and Perry Maynard with the S.S. United States

We realize it is going to take some creative thinking and significant financial resources to save the ship from salvage. With excitement, enthusiasm and educating the public, maybe there is still an opportunity to save and preserve the SSUS for future generations to see, tour and learn about this historic ship.