Weather-wise, 2019 was a crazy way to end a decade. Fires spread through much of southeast Australia, fuelled by dry vegetation from the ongoing drought and fanned by hot, windy fire weather.

On the other side of the Indian Ocean, torrential rainfall and flooding devastated parts of eastern Africa. Communities there now face a locust plague and food shortages.

These intense events can partly be blamed on the extreme positive Indian Ocean Dipole, a climate phenomenon that unfolded in the second half of 2019.

The Indian Ocean Dipole refers to the difference in sea surface temperature on either side of the Indian Ocean, which alters rainfall patterns in Australia and other nations in the region. The dipole is a lesser-known relative of the Pacific Ocean’s El Niño.

Climate drivers, such as the Indian Ocean Dipole, are an entirely natural phenomenon, but climate change is modifying the behaviour of these climate modes.

In research published March 9 in Nature, we reconstructed Indian Ocean Dipole variability over the last millennium. We found “extreme positive” Indian Ocean Dipole events like last year’s are historically very rare, but becoming more common due to human-caused climate change. This is big news for a planet already struggling to contain global warming.

So what does this new side-effect of climate change mean for the future?

Warmer water causes rising warm, moist air, bringing intense rainfall and flooding to east Africa. At the same time, atmospheric moisture is reduced over the cool waters of the eastern Indian Ocean. This turns off one of Australia’s important rainfall sources.

The Dipole Mode Index is used to track variability of the Indian Ocean Dipole. Author provided

Diving into the past with corals

To uncover just how the Indian Ocean Dipole has changed, we looked back through the last millennium using natural records: “cores” taken from nine coral skeletons (one modern, eight fossilised).

These coral samples were collected just off of Sumatra, Indonesia, so they’re perfectly located for us to reconstruct the distinct ocean cooling that characterises positive Indian Ocean Dipole events. 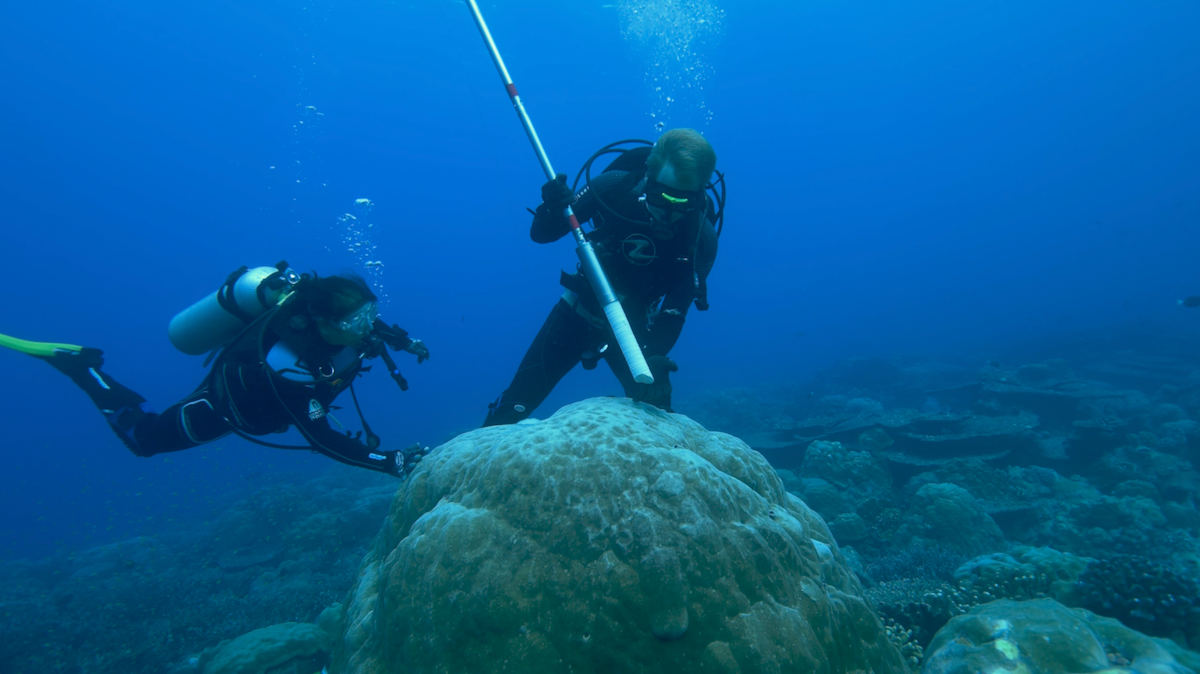 Scientists drilling into corals to study past climate. Corals are like trees, and grow a band for every year they live. Jason Turl, Author provided

Corals grow a lot like trees. For every year they live they produce a growth band, and individual corals can live for more than 100 years. Measuring the oxygen in these growth bands gives us a detailed history of the water temperature the coral grew in, and the amount of rainfall over the reef.

In other words, the signature of extreme events like past positive Indian Ocean Dipoles is written in the coral skeleton.

How unusual was the 2019 Indian Ocean Dipole event?

But another finding from the reconstruction surprised – and worried – us. Events like 2019 aren’t the worst of what the Indian Ocean Dipole can throw at us. Of the extreme events we found in our reconstruction, one of them, in 1675, was much stronger than anything we’ve seen in observations from the last 60 years.

The 1675 event was around 30–40 percent stronger than what we saw in 1997 (around the same magnitude as 2019). Historical accounts from Asia show this event was disastrous, and the severe drought it caused led to crop failures, widespread famine and mortality, and incited war.

As far as we can tell, this event shows just how extreme Indian Ocean Dipole variability can be, even without any additional prompting from external forces like human-caused climate change. 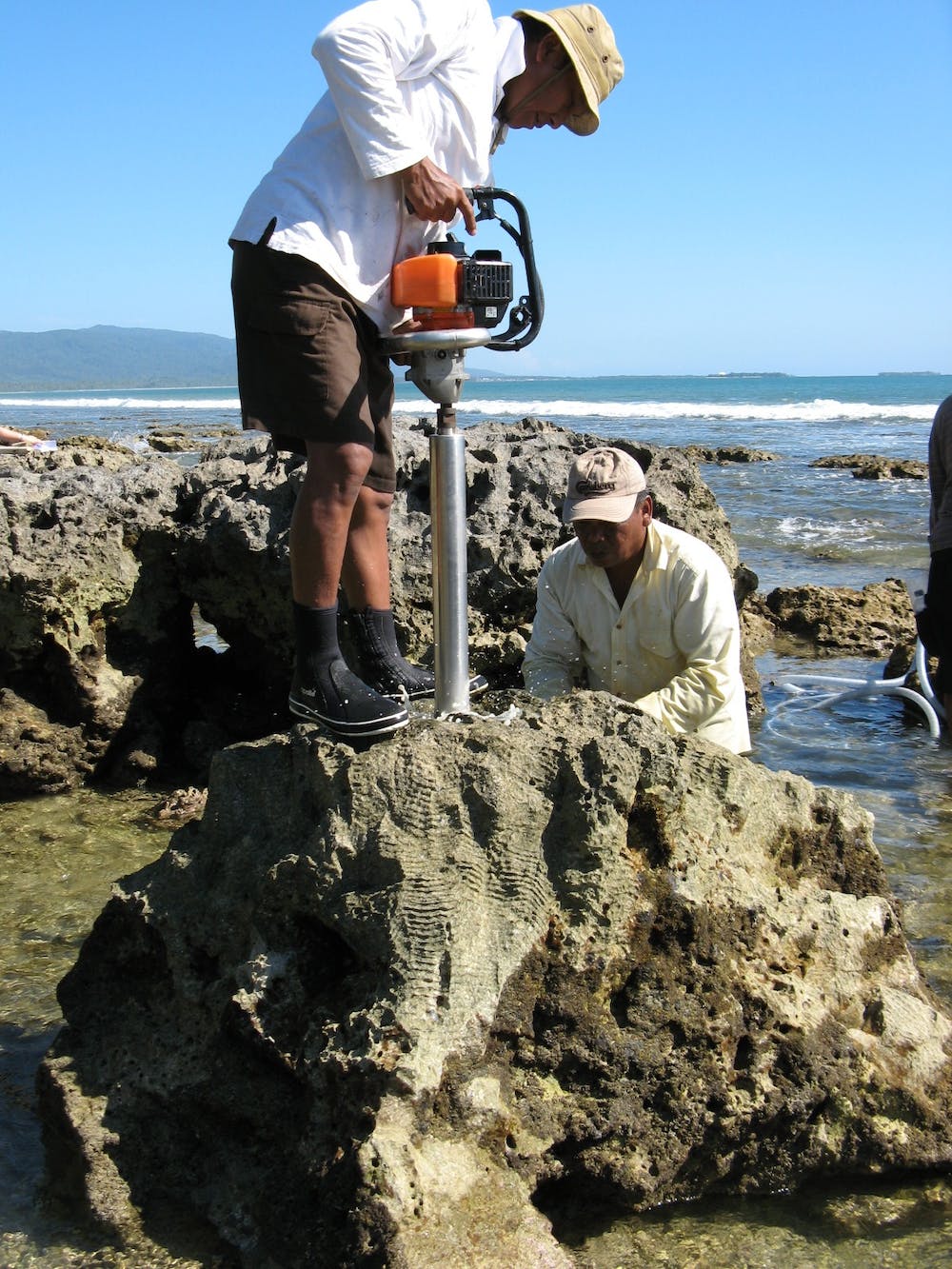 Drilling through fossilised coral layers to look into the past. Nerilie Abram, Author provided

Why should we care?

But previous studies, as well as ours, have shown human-caused climate change has shortened the gaps between these episodes, and this trend will continue. This is because climate change is causing the western side of the Indian Ocean to warm faster than in the east, making it easier for positive Indian Ocean Dipole events to establish.

This means events like last year will almost certainly unfold again soon, and we’re upping the odds of even worse events that, through the fossil coral data, we now know are possible.

Knowing we haven’t yet seen the worst of the Indian Ocean Dipole is important in planning for future climate risks. Future extremes from the Indian Ocean will act on top of long-term warming, giving a double-whammy effect to their impacts in Australia, like the record-breaking heat and drought of 2019.