Are Renewables a True Threat to Oil’s Long-Standing Reign?

The pandemic has possibly provided the catalyst needed to accelerate a global shift toward renewable sources of energy by bringing this topic to the top of the agenda of discussions held by political leaders and lawmakers as the world witnessed how the atmosphere quickly reacted to a few months of lower carbon emissions.

As a result, the stock price of multiple companies in the clean energy space has taken a quantum leap, while oil prices have also managed to recover most – if not all – of their lost territory during the first quarter of this year.

How is it that the crude oil price keeps booming alongside the valuation of these green energy firms? Will fossil fuels continue to be a part of the future or is this perhaps the last bull run for oil as the world keeps heading to a greener future?

The following article aims to take a closer look at how threatening can these alternative sources of energy can really be for oil’s long-standing reign based on the rate at which these technologies are being adopted in the United States.

How does the United States generate the power it needs? 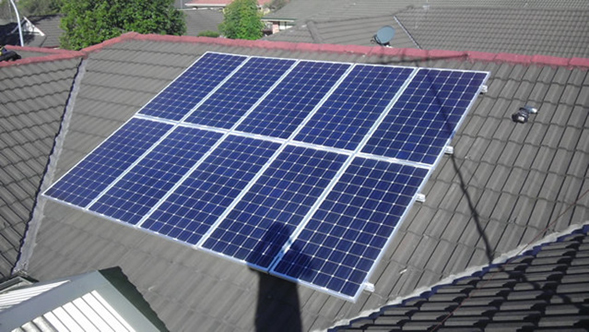 A study from Washington-based think tank Pew Research Center published before the pandemic struck indicated that petroleum continues to be the leading source of energy in the United States according to data from the country’s Energy Information Administration (EIA).

Meanwhile, natural gas seems to be advancing as an important source, with its share jumping 6.5% during the same period while currently accounting for 30.7% of the country’s energy consumption.

So, what about biofuels and other alternative sources? According to the EIA, these sources of energy, including nuclear and hydroelectric, covered only 20% of the country’s needs, with coal being the source that has lost the biggest share dropping from 22.9% to 13.1% by the end of 2018.

That said, the rate at which solar power has grown is quite remarkable, jumping nearly five-fold in less than 5 years.

Realistically, it seems that although renewable sources are gaining more and more ground as time passes, it will take decades before fossil fuels, including oil, can be fully replaced by solar, wind, or nuclear energy.

This view is reinforced by a recent report from the Shell Oil Corporation. Although the company has already acknowledged that the world is heading to a future in which fossil fuels will become a smaller contributor to its energy needs, this future is still fairly distant as the required infrastructure that needs to be in place to fully power homes, industries, and other facilities is still in the earliest stages of their development.

In regards to the possibility of a fossil-fuel-free world in short notice the company stated the following: “despite more than a century of progress, electricity makes up only 20% of the final energy that society uses today and the rate of increase has been the same since the earliest days, about two percentage points of final energy share per decade”.

Shell added: “To achieve the goals of the Paris Agreement that pace of growth would need to rapidly increase”.

Therefore, if renewable sources of energy keep advancing at the current pace, chances are that crude oil prices will not be severely affected by the threat of a full-blown substitution of fossil fuels – or at least not in the next five to ten years.

Has the pandemic changed something about this outlook?

The pandemic has affected the public’s view about what has been for a while a seemingly inevitable shift towards environmentally-friendly sources of energy by bringing more attention to a topic that was not necessarily a top priority for lawmakers and political leaders prior to the health emergency.

Now, with clean energy companies becoming interesting targets for investors around the world as possibly the best next-generation bet, chances are that capital will start flowing to these ventures to help them to further accelerate their efforts.

If that continues to happen, these larger investments made in the technology and infrastructure required to accelerate the adoption of greener sources should perhaps put the world on the right track to achieve its net-zero carbon emission goal even before 2050 – the date set by the Paris Agreement as the milestone for a green world.

Riley Cooper is a UK-born writer and who lives in USA. Her work explores issues related to finance, business psychology, environment, and language.