Royal Patron for Battle of the Atlantic Memorial Campaign

The charity behind the campaign to build the UK’s national memorial to the Battle of the Atlantic in Liverpool is today announcing that HRH The Princess Royal, has become its Patron. 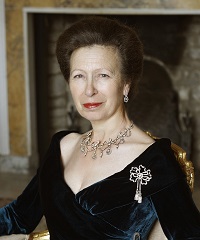 In a letter to the campaign Her Royal Highness said:

“The Battle of the Atlantic, a six-year long campaign, was enormous in its scale, both geographically and logistically. In total over 100,000 people lost their lives in this epic struggle between the convoys and the U Boat packs. It required the combined efforts of huge numbers of men and women of many nationalities across their navies, air forces and merchant navies. The City of Liverpool, the command headquarters of the battle, became a target for some of the heaviest bombing of the Second World War due to its vital role as a port of entry to the UK. The city’s seafarers, dockworkers, shipbuilders and inhabitants were crucial in winning the battle together with port communities around the country.

“However, The Battle of The Atlantic, whilst being a story of sorrow, is also a story of success. Through the alliance of many countries, and along with technical innovation, intelligence, dedication and bravery, the onslaught at sea was weathered, Britain was kept supplied and the tide of the war was turned. It is important to remember that the fuel for the planes in The Battle for Britain came across the Atlantic, so did the U.S. and Canadian soldiers who fought with us on D-Day to liberate Europe, as did so much else and so many others to keep the war effort going.

“The establishment of a permanent commemoration of the international achievement in Liverpool is one I fully support, and I look forward to the legacy and engagement it will create to inspire future generations.”

The Battle of the Atlantic Memorial (BOAM) chairman Gary Doyle, said: “It has been very clear that The Princess Royal has a deep respect for the Battle of the Atlantic and a real interest in our campaign. For Her Royal Highness to express her support for the memorial by becoming our Royal Patron is a tremendous honor, and a testament to how much The Princess genuinely cares about seafarers and the immense contribution of the Royal Navy and Merchant Navy to World War II without whom the country would not have been able to arm or feed itself.”

Doyle said the campaign will be kick-starting a memorial design competition shortly, to find suitable monument, with a proposed position on Liverpool’s iconic Pier Head waterfront, near the statue of Johnnie Walker, the famous U-Boat hunter. He said the campaign is aiming to unveil the monument in 2023, the 80th Anniversary of the BOA official commemoration date and has a target of raising circa £2.5million.