2017: A Year of Growing Confidence for LNG Bunkering

Looking back on 2017, one of the defining themes of the year has been the rise of LNG as a marine fuel.

In 2018, we anticipate that a major challenge will be how suppliers of transfer solutions meet the pressing need to develop the infrastructure that goes with it. This demand is driven by a growing and diversifying LNG fleet; the global LNG-fuelled fleet is around 120 vessels, while a confirmed order book of 111 vessels means that this figure will soon double. Another 114 vessels are classified as LNG-ready.

New, dedicated bunker delivery vessels have entered into service in ports around the world to meet growing demand, such as the 6,500 m3 Cardissa, an LNG bunker delivery tanker that is being operated from Shell’s base in Rotterdam. CMA CGM has bet on LNG with the order of nine LNG-powered container ships.

These developments have the potential to dramatically change shipping. Speaking after the naming ceremony of the Cardissa, Shell LNG Fuel General Manager Lauran Wetemans said that the marine LNG sector had the potential to be ‘disruptive’ - just as the electric-powered car industry is disrupting existing supply infrastructure. However, he acknowledged that the ‘buy-in’ of owners is crucial if the use of LNG bunker fuel is to be stepped up from its current, relatively modest level.

In securing this buy-in, Wetemans noted that availability of LNG is not an issue – rather, a lack of suitable LNG transference infrastructure presents obstacles to be overcome, highlighting the need to be able to take that LNG in smaller quantities out of key hub terminals such as Rotterdam, Busan, Shanghai and Singapore to satellite hubs.

A further challenge is that existing infrastructure at current hubs may not be suited to the range of vessel sizes represented in today’s fleet. At the same time, as LNG spreads to new locations, it may require bunkering to occur in locations that are too deep or shallow for traditional jetties to be used, or where harsh environments make conventional jetty-based transfer difficult.

In response to this, 2017 has seen the development of new, adaptable solutions to facilitate the spread of LNG – and there is no better evidence of this than in the transfer zone.

Earlier this year, Trelleborg’s floating cryogenic hoses were used in the successful sea launch of a Universal Transfer System (UTS), developed with Connect LNG and Gas Natural Fenosa. This demonstrated a system that would bring bunkering infrastructure to a vessel using a floating platform, connected to the shore by cryogenic, floating hoses. It showed how flexible floating hose technology can underpin new solutions that could easily be used to upgrade existing ports, or establish new bunkering facilities with lower start-up costs than heavier infrastructure would require.

As technology advances to meet the growing demand for LNG, confidence in the ability of key stakeholders to meet infrastructural challenge is growing. Just two years ago, 76 percent of respondents saw LNG infrastructure as the biggest obstacle to LNG bunkering. Now, that figure is 46 percent; still the main obstacle compared to price or availability of gas – but much less than it was before.

Continued innovation in the field of transfer infrastructure is vital to keep pace with the rapid evolution of the LNG market and maintain the growing confidence in the fuel that we’ve seen in 2017.

Vincent Lagarrigue is Director of Trelleborg Oil and Marine. 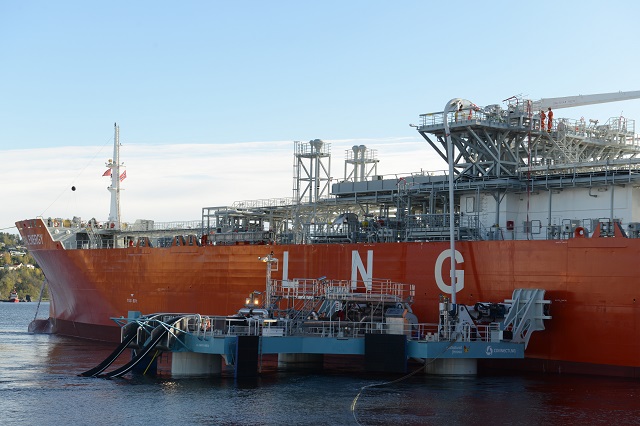 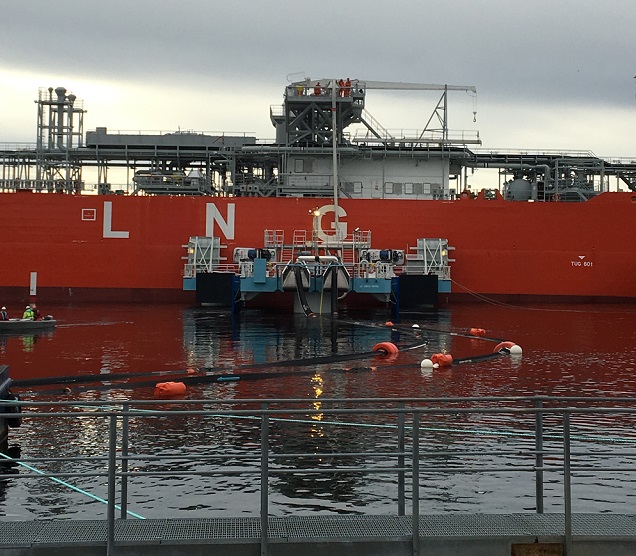 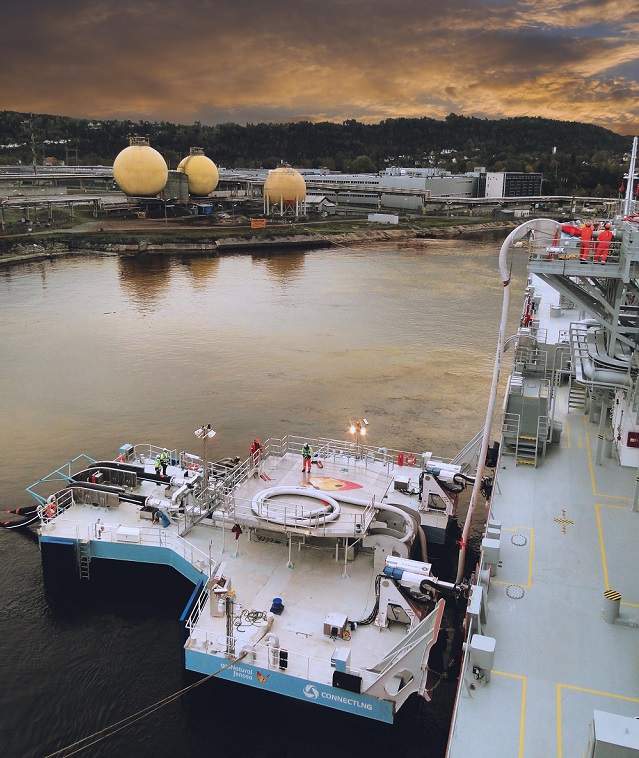