The world’s biggest semi-submersible crane vessel (SSCV) is ready for sea trials and expected to enter into service for Heerema Marine Contractor shortly after.

Named after the Norse God Odin’s eight-legged stallion and newly completed at Sembcorp Marine's Tuas Boulevard Yard, SSCV Sleipnir has a 220 meter by 102 meter (722 feet by 394 feet) reinforced deck area, making it the largest crane vessel to be built. The vessel also has two 10,000-tonne revolving cranes which can lift loads of up to 20,000 tonnes in tandem.

Sleipnir can accommodate 400 people and will be deployed globally for installing and removing jackets, topsides, deep-water foundations, moorings and other offshore structures.

The cranes are the world's strongest pair of revolving cranes for offshore oil, gas and renewable energy installation and decommissioning jobs to date. With her single-lift capability catering to larger integrated structures than previously possible, Sleipnir is expected to minimize offshore assembly work and raise operational efficiency for the industry.

Other stand-out features include greater workability in harsher environments due to the design of the columns. The vessel also boasts a large reinforced work deck area for carrying multiple modules. The Sleipnir is self-propelled and has a minimum service speed of 10 knots, with station-keeping via dynamic positioning (DP3) or a mooring system.

Measuring 220 meters (722 feet) in length and 102 meters (334 feet) in width, Sleipnir is the largest offshore vessel Sembcorp Marine has built to date. 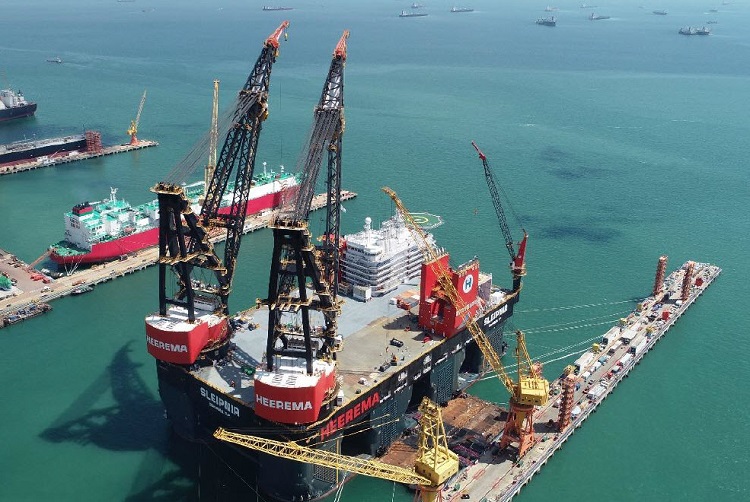 In the offshore wind sector, Heerema sees a significant growth in the size of wind turbines and foundations and believes Sleipnir is well placed to accommodate this trend. 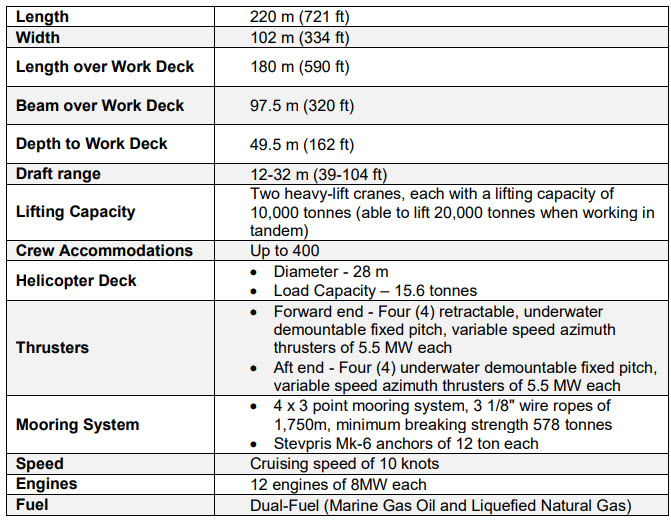