Heerema’s Sleipnir, the world’s largest crane vessel, completed a 15,300 tons lift over the weekend, installing the topsides for Noble Energy’s Leviathan development in the Mediterranean.

This sets a world record for a crane vessel, and Sleipnir installed its two main topsides with a total weight of 24,500 tons in less than 20 hours.

Sleipnir, an eight-legged semi-sub, entered into service last July and is part of Heerema Marine Contractor’s fleet. She is LNG-powered with two revolving cranes which can lift up to 20,000 tonnes in tandem. Named after the Norse God Odin’s eight-legged stallion and built at Sembcorp Marine's Tuas Boulevard Yard, Sleipnir has a 220 meter by 102 meter (722 feet by 394 feet) reinforced deck area, making her the largest crane vessel to be built.

Sleipnir can accommodate 400 people and will be deployed globally for installing and removing jackets, topsides, deep-water foundations, moorings and other offshore structures.

Another record was set in July when Titan LNG completed the largest LNG bunkering to date, fueling Sleipnir in Singapore. The vessel was supplied with over 3,000 tons of LNG. 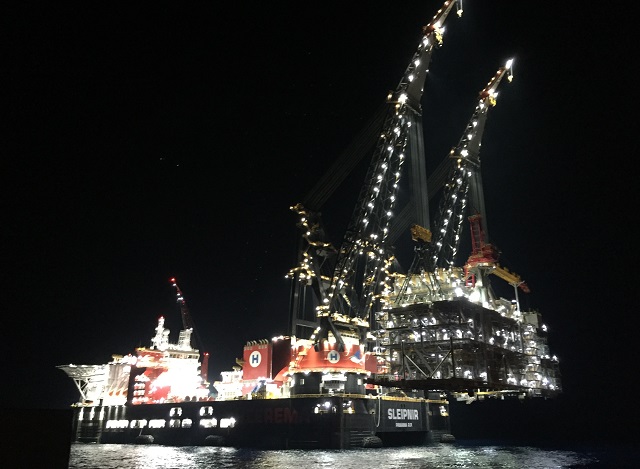 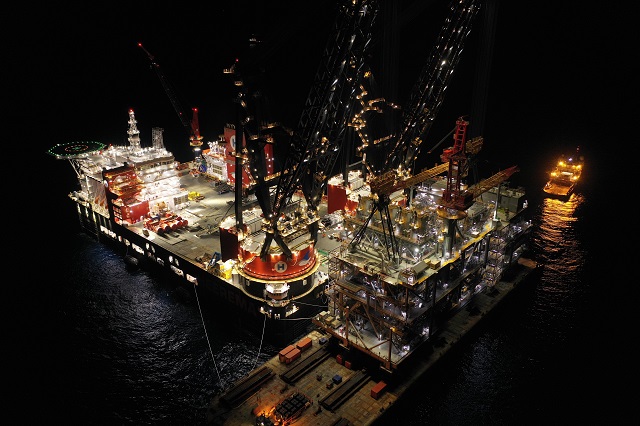