With Ammonia, There's No “Chicken or Egg” Dilemma

Ammonia has so far been a little-considered future fuel for shipping, but it's proponents say it's one that does not suffer from the “which comes first, the chicken or the egg” dilemma that has plagued the adoption of LNG as bunker fuel.

For LNG, the dilemma has been that shipowners have been reluctant to make the switch to LNG as bunker fuel in the absence of ports around the world able to supply it. Yet, the development of the required infrastructure is dependent on such demand. As ammonia is already produced and transported in large quantities around the world, bunker supplies could be readily accommodated, though of course it will have to be expanded once the first ammonia powered vessels are realized, says Niels de Vries, a Naval Architect with C-Job Naval Architects in the Netherlands.

“Nowadays the main consumer of ammonia is the fertilizer industry,” he says. “This industry is supplied by ships which carry ammonia in bulk loads of up to 60,000 dwt. The industry's existing infrastructure could be used to realize bunker locations for ships in the future, and current production offers the possibility of a smooth transition. There are ports available already that could supply the first ships.”

C-Job has a project underway in partnership with a leading engineering company active in the fields of decentralized ammonia, Proton Ventures and Enviu, an issue-driven organisation that creates market solutions for large scale social and ecological problems (with the initiative of Future Proof Shipping). This partnership explores the prospects of ammonia’s potential as a marine fuel for combustion engines as well as fuel cells. C-Job is currently preparing a concept design of an ammonia carrier as it is considered the most suitable vessel type as first mover since it already has ammonia onboard.

“Similar steps were taken with LNG tankers,” says de Vries. “With conventional marine fuels becoming more expensive than natural gas, in combination with more strict emissions regulations, more and more LNG tankers use their cargo as fuel. Once ammonia technology has found its early adopters, we foresee significant potential for other vessel types.” 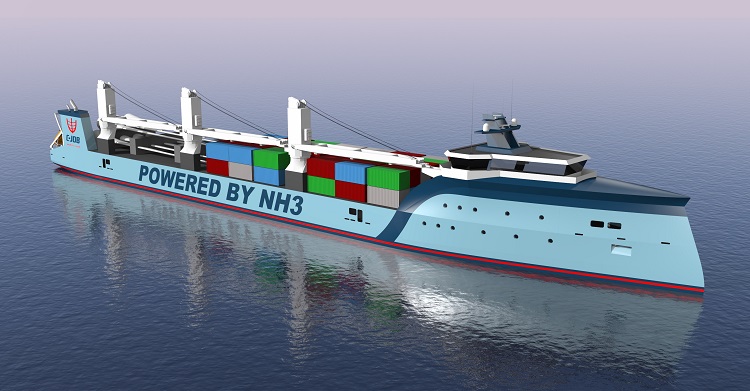 Ammonia can be produced with the overcapacity of renewable energy, such as wind and solar, with only water and air as resource via the Haber-Bosch process that binds hydrogen to nitrogen. The nitrogen required would be produced by means of existing large-scale air separation methods, and the hydrogen by electrolysis of water. Both resources are abundant and will remain so in a renewable future, which makes ammonia a future proof fuel, says de Vries.

Its production technology is easily scalable too and requires less energy than that for renewable, synthetic production of methanol and ethanol. Like hydrogen, it is carbon free. Furthermore, it has a higher volumetric energy density than liquid hydrogen and a more practical storage temperature and pressure.

A significant disadvantages is that ammonia requires three times more space and weighs twice as much as conventional marine fuels like heavy fuel oil and marine gas oil. However, says de Vries, the mindset that would consider that prohibitive has already been challenged as LNG also requires more storage space on board.

Ammonia's risk profile is similar in magnitude to methane or methanol, but for ammonia the main risks are related to health, as it is very toxic; its fire risk profile on the other hand is lower. Ammonia can be stored as a liquid either at -34 degrees Celsius at atmospheric pressure (usually applied for large scale applications) or at room temperature at 10 bar (usually applied for small scale applications).

Ammonia can be used in internal combustion engines, and C-Job is currently examining the possibilities for compression ignition and spark ignition engines, with or without hydrogen as well. Small-scale combustion solutions have already been proven, but a marine-scale one is yet to be realized. Ammonia is less combustible than fossil fuels, so the compression ratio for engines would need to be significantly higher. It is also highly corrosive and would destroy components containing copper or zinc. However, de Vries notes that there are several prototypes available that have overcome these challenges.

C-Job is in discussion with Bureau Veritas regarding risk analysis and system design, and de Vries expects to have news on design developments in the spring of next year. He sees convincing shipowners of the worth of ammonia as bunker fuel to be a challenge but says they already acknowledge that exhaust gas treatment and LNG are only intermediate steps towards a sustainable future. He believes the arguments in favor of ammonia will become far greater in the coming decades. 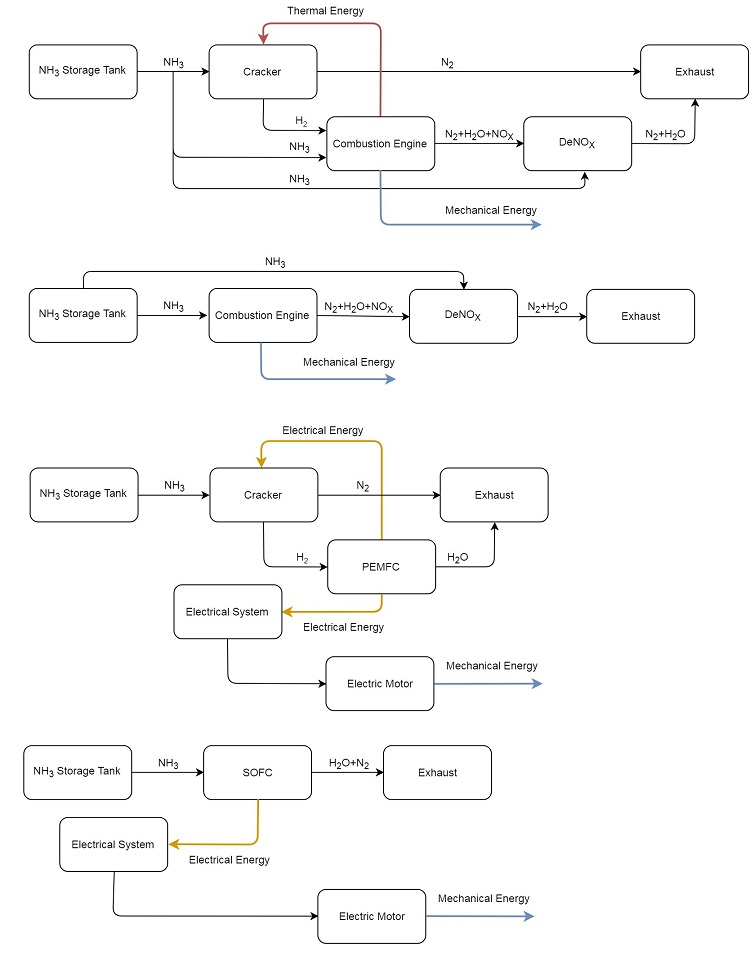