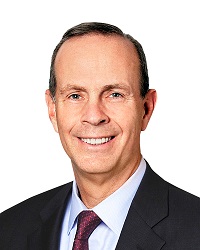 Chevron Corporation's Board of Directors has elected Michael K. Wirth chairman of the board and chief executive officer, effective February 1, 2018.

Wirth, who is currently vice chairman of the board and executive vice president of Midstream and Development, succeeds John S. Watson, who will retire from the company and its board on February 1, 2018, after 37 years of distinguished service, including eight years as chairman and CEO.

"Mike is a proven leader who is ideally suited to lead Chevron into the next chapter of our history," said Watson. "He has the right values, knowledge and experience, and has established a strong record of accomplishment in his 35 years with the company."

Wirth, 56, said, "I appreciate the confidence that John and the board have placed in me. Chevron has a proud 138-year history of developing the energy that improves lives and powers the world forward. I am honored to have been selected to carry on that tradition.

"Under John's leadership, we've developed legacy assets in Kazakhstan, Australia and the Permian Basin that will underpin our portfolio for decades to come. John will also be remembered for his plain-spoken and principled views on company business and energy policy matters," Wirth added.

Wirth joined Chevron in 1982 as a design engineer. He also earned a bachelor’s degree in chemical engineering from the University of Colorado in 1982. Since that time, he advanced through a number of engineering, construction and operations positions. Wirth was named vice chairman of the board of directors in February 2017. He is also executive vice president of Midstream and Development, a position he has held since 2016. Previously, he was executive vice president of Downstream & Chemicals for nearly a decade. Prior to that he served as president of Global Supply and Trading and president of Marketing for Chevron's Asia/Middle East/Africa business, based in Singapore. He also served on the board of directors for Caltex Australia Limited and GS Caltex in South Korea.

Ronald D. Sugar, lead independent director for Chevron's Board of Directors, said, "Mike is ready to be Chevron's next chairman and CEO. He has the right business experience and leadership qualities to extend the company's success, and the board has full confidence in his ability to do so."

Watson, who turns 61 in October, joined Chevron in 1980 as a financial analyst and went on to hold financial, analytical and supervisory positions before being appointed president of Chevron Canada Limited in 1996. In 1998, he was named a corporate vice president with responsibility for strategic planning and mergers and acquisitions.

In 2000, Watson led the company's integration effort following the Chevron-Texaco merger and then became the corporation's chief financial officer. In 2005, he became president of Chevron International Exploration and Production. In April 2009, he was named vice chairman of the company, before being elected chairman and CEO in September of that year.

In a related move, Watson said that Mark A. Nelson will become vice president of Midstream, Strategy & Policy, effective February 1, 2018. In his new role, Nelson will be responsible for the company's supply and trading, shipping, pipeline and power operating units. He will also oversee corporate strategy, as well as policy, government and public affairs.

Prior to his current position, Nelson, 54, served as the president of International Products, responsible for the refining and marketing businesses in Europe, Africa, Middle East, and Asia. Before that, he was president of Chevron Canada Limited, an upstream business headquartered in Calgary, Alberta.