The North Carolina State Ports Authority set a record for the largest container ship to call at the Port of Wilmington. The YM Warranty with a carrying a capacity of 14,220 TEUs arrived in Wilmington on October 26. It is also the largest class vessel calling on the US East Coast.

Completed in 20189, the YM Warranty measures 1,200 feet in length. Registered in Panama the ship was built by Imabari Shipbuilding and is part of a class of five Ultra Large containerships recently introduced by the line. The ships operate under charter from Shoei Kisen Kaisha, Ltd.

“The arrival of the Yang Ming's Warranty further solidifies our position as a big ship ready port,” said Brian E. Clark, Chief Operating Officer, North Carolina Ports. “We are capable of working the largest container vessels calling on the East Coast. As our capabilities continue to expand, so will our abilities to better serve existing and future customers.” 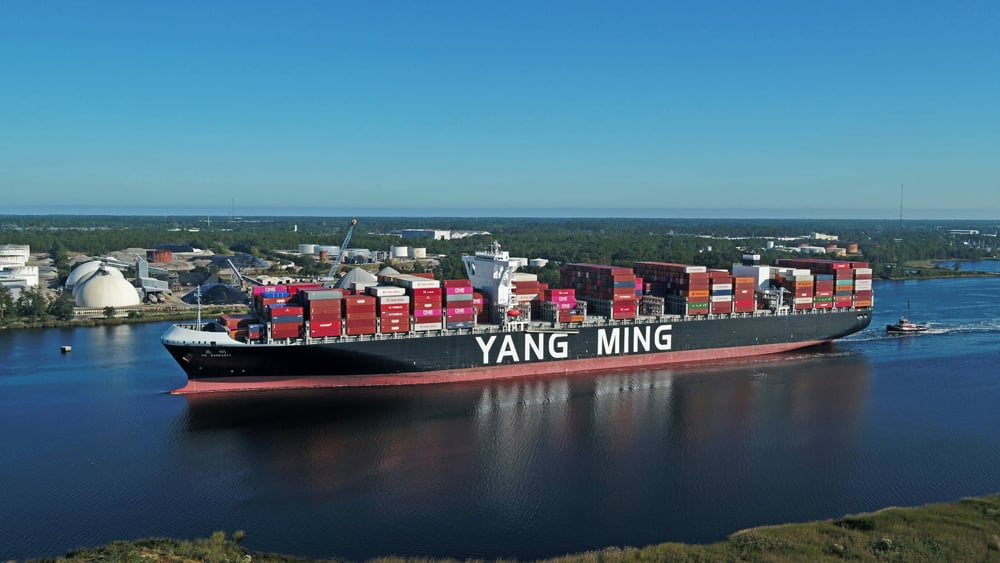 The ship's inclusion of Wilmington on its route highlights the more than $200 million in capital improvements planned by North Carolina Ports as part of its commitment to expand the port’s capabilities and enhance operations. Four major projects have been completed aimed at improving access for 14,000+ TEU container ships to the Port of Wilmington.

“This latest achievement would not have been possible without the support of our many partners at the local, state, and federal levels as well as funding from the North Carolina General Assembly,” added Clark. “It is also proof our infrastructure improvements are paying off and our customers are taking notice.”

The YM Warranty is operated by Yang Ming Marine Transport Corporation in partnership with THE Alliance. The containership is sailing between Asia, South America, and the United States. In addition to the call at Wilmington, the vessel make stops in Bayonne, New Jersey, Norfolk, Virginia, Charleston, South Carolina, and Savannah, Georgia. 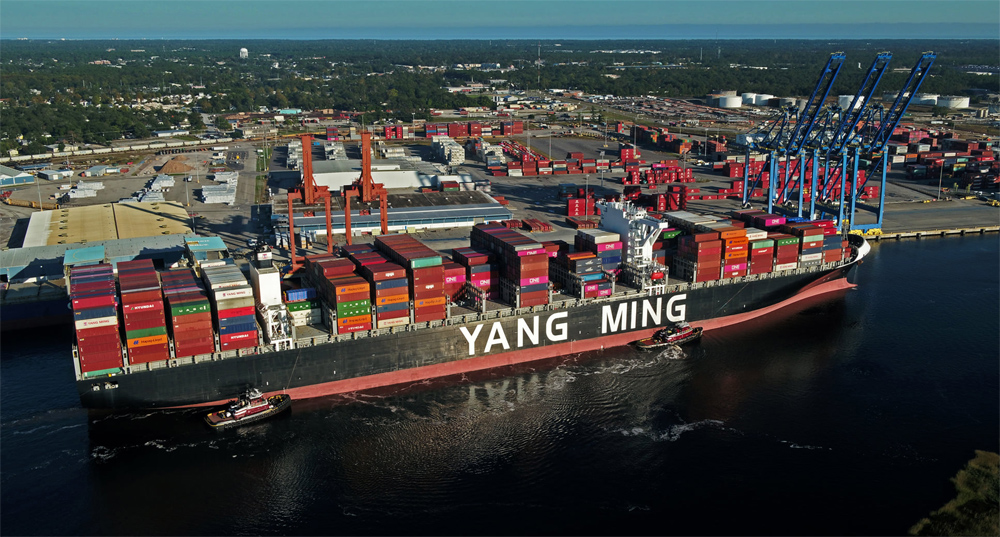 Docking in the Port of Wilmington - photo courtesy of NC Ports