Raging fires near the ferry port of Rafina and the town of Kineta, Greece have claimed the lives of at least 74 people, with the casualty figures expected to rise.

The cause of the fires has not been established, but nearly four dozen blazes broke out on Monday and Tuesday, with widespread distribution. Most were quickly extinguished, but not all, and strong winds of 50 mph accelerated the spread of those that remained. Due to the rapidity of the fires' expansion, many of the victims were cut off from an escape path. Others fled into the sea, and the Greek Coast Guard saved some 700 individuals from the water and the beaches at Rafina. The agency also recovered the bodies of six victims who drowned in an attempt to escape.

“It is terrible to see the person next to you drowning and not being able to help him,” said survivor Nikos Stavrinidis, a survivor who spoke with the Independent. Savrinidis, his wife and four of his friends tried to swim to safety, but two members of their party drowned before a fishing vessel arrived to assist.

Greek prime minister Alexis Tsipras mourned the loss of life in a televised address. "The country is going through an unspeakable tragedy," he said. "We are declaring three days of national mourning in the memory of those who perished."

Firefighting efforts continued Tuesday, and the number of casualties is expected to rise, as search-and-recovery mission is ongoing. Rafina's mayor Evangelos Bournous, who lost his home in the fire, predicted that the number of dead would ultimately exceed 100 people.

The Port Authority of Rafina, a busy ferry hub for the Greek islands in the Aegean, said Tuesday that passenger vessel routes in and out of the harbor are fully open and conducting normal operations. Roadways to Rafina are now clear. 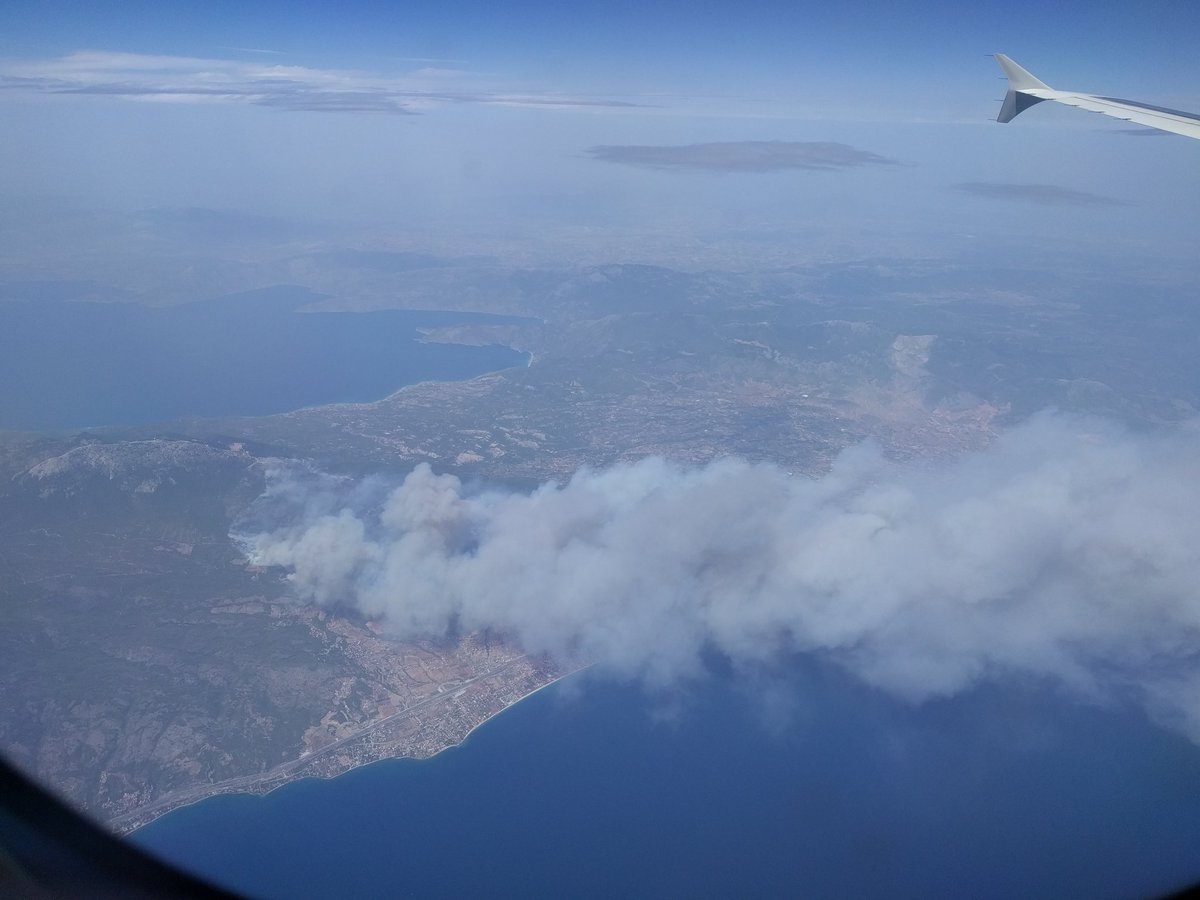 Aerial view of the fire near Kineta (Gavuli / Twitter)