The passenger terminal's design is inspired by the form of the royal palm tree, and it was created by Miami-based architecture firm Arquitectonica - the local design house behind the American Airlines Arena in downtown Miami and the Miami City Ballet in South Beach. Virgin says that they selected the company because "they understand what it means to create something truly, unequivocally and wholeheartedly, 'Miami.'"

The two-story terminal’s rooftop is designed to resemble a palm tree grove, with pockets that allow natural light to flow into the building by day. It will have spotlight beams to light up the Virgin Voyages logo and the Miami sky at night. Arquitectonica's co-founder, Bernardo Fort Brescia, told the Miami Herald that “it’s more like a stage set than a cruise terminal," designed for a serene vacation experience from the moment of arrival. 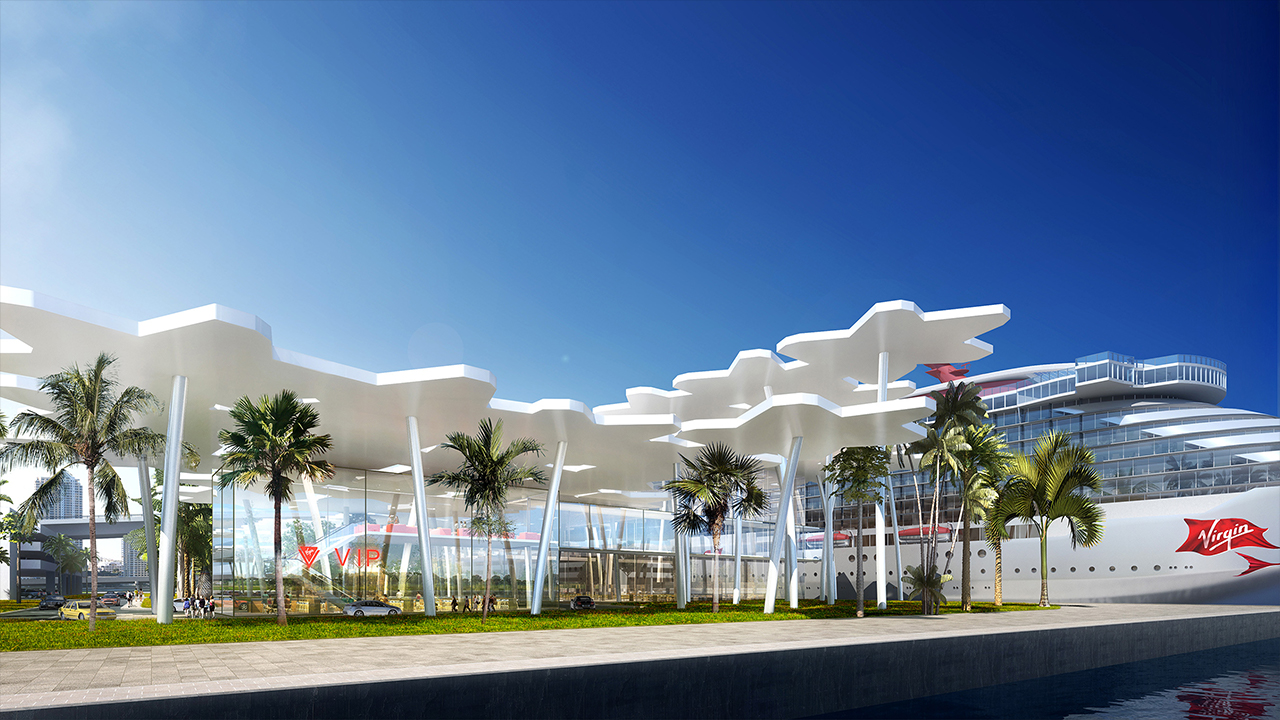 The terminal's VIP entrance, with the Scarlet Lady in the background (Virgin) 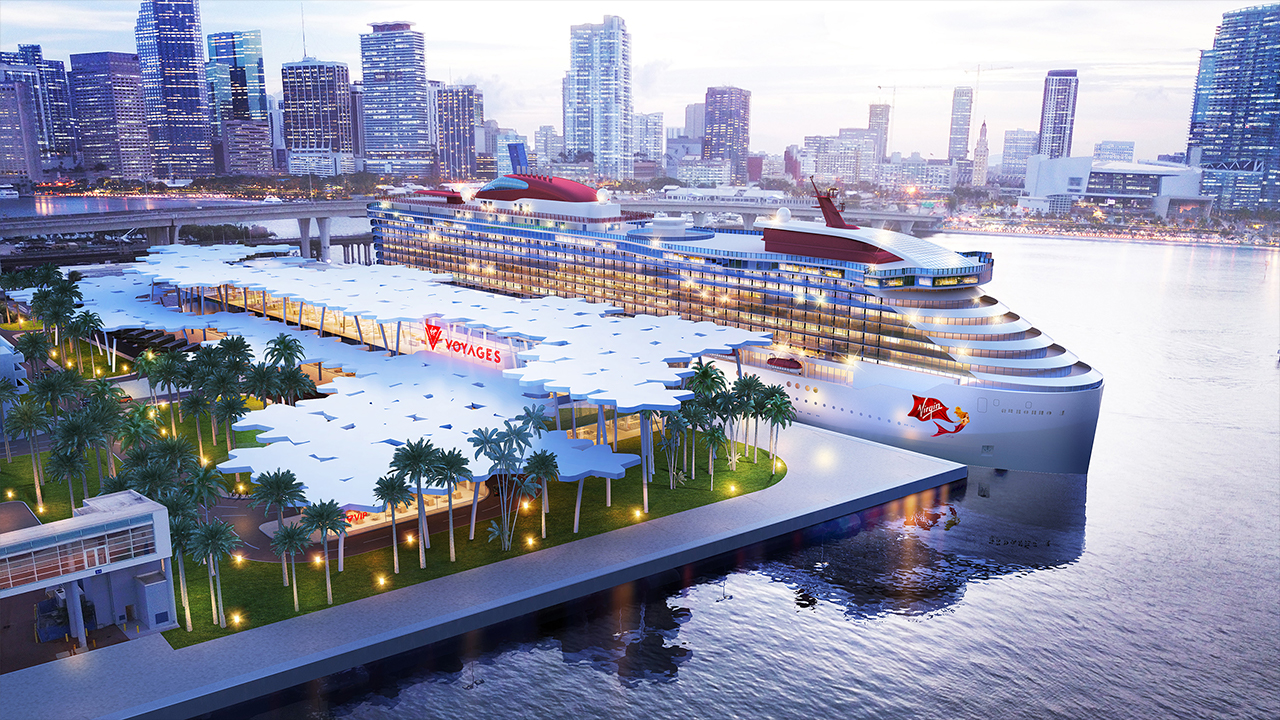 Completion of the $150 million project is scheduled for 2021, subject to permitting approvals. Miami-Dade County's commision is expected to give its permission by early next week.

Virgin also announced that it has placed an order for a fourth new cruise ship, and it will also invest in Florida's Brightline passenger rail service - now under the new moniker "Virgin Trains." According to Branson, Miami may also see a new Virgin Hotel in the near future.