Virgin Hyperloop One is attracting attention in the U.S. with a “Hyperloop on the Hill” event hosted last week in Washington D.C. Over 400 Members of Congress attended.

As well as projects underway in India, the Middle East and Europe, Virgin Hyperloop has plans for Texas, Missouri, the Midwest and Nevada. The event is building off of the momentum of U.S. Secretary of Transportation Elaine Chao’s newly-formed Non-Traditional and Emerging Transportation Technology (NETT) Council to support new and innovative transportation projects like hyperloops and self-driving cars.

Hyperloop is a futuristic mode of passenger and freight transportation in which a pod-like vehicle is propelled through a near-vacuum steel tube, with most of its air removed, at higher than airline speed. Magnetic levitation technology combined with a low-pressure tube environment enables the pods to move quickly with little friction.

Hyperloop can achieve top speeds of up to 300 meters/second, making it two to three times faster than high-speed rail. The technology facilitates autonomous operations, says DP World, to reduce human errors and run with minimal delays. It is fully electric, could be run using renewable energy and generates zero direct emissions.

While some components are similar to rail, there are other components, such as cabin pressurization, that are similar to a plane. The council will explore how to integrate expertise across the Department of Transportation (DOT) to ensure that the traditional modal silos do not impede the deployment of new technologies.

Virgin Hyperloop One is the only company in the world that has successfully tested its hyperloop technology at scale. In May, House Transportation and Infrastructure Chairman Peter DeFazio (D-OR) toured Virgin Hyperloop One’s full-scale test track outside of Las Vegas.

“We are seeing growing interest and excitement in the hyperloop vision from across the United States at both local and federal level,” said Sir Richard Branson, founder of the Virgin Group. “I believe we could see a hyperloop in the U.S. in years, not decades.”

Midwest: The Mid-Ohio Regional Planning Commission is conducting a feasibility study of hyperloop technology along a Chicago-Columbus-Pittsburgh corridor. 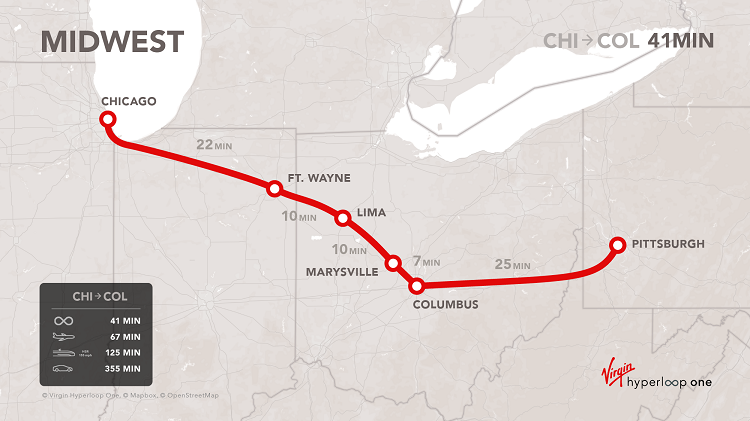 Missouri: The Missouri Hyperloop Coalition has released results from the first hyperloop feasibility study in the U.S. which confirmed the viability of a St. Louis to Kansas City route. 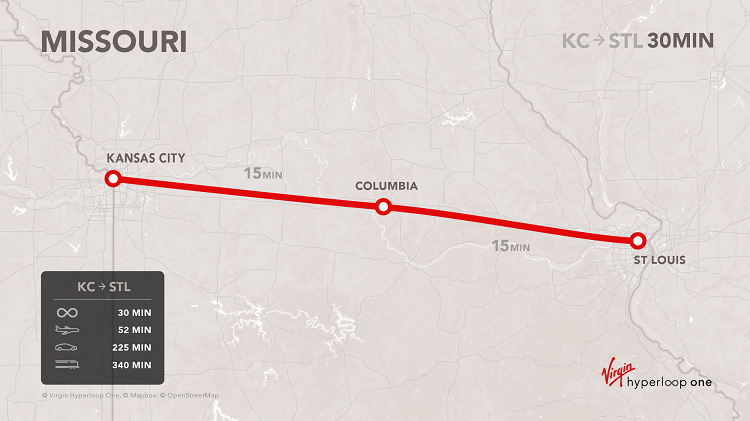 Texas: The Dallas-Fort Worth Regional Transportation Council has launched a hyperloop feasibility study of a Fort Worth to Laredo route and an environmental impact study along a Dallas to Fort Worth corridor. 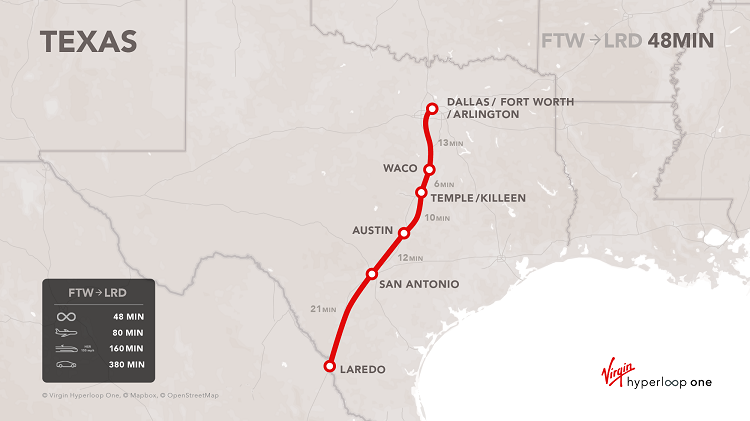