The U.S. Navy is reporting that Iran attempted to capture one of the unmanned vessels deployed by the U.S. 5th Fleet in the Arabian Gulf. The Saildrone Explorer USV that the Iranian Revolutionary Guard Corps Navy targeted is commercially available technology that does not store sensitive or classified information, but it is U.S. Government property and the Navy was able to prevent the Iranians from capturing the vessel.

The incident took place overnight on August 29 in the Arabian Gulf while the U.S. 5th fleet was operating its normal patrols in international waters. At approximately 11 pm, the U.S. Navy observed that an Iranian support ship, Shahid Baziar, had a tow line attached to the Saildrone. The U.S. reports that Iran was attempting to detain the unmanned surface vessel and capture it. 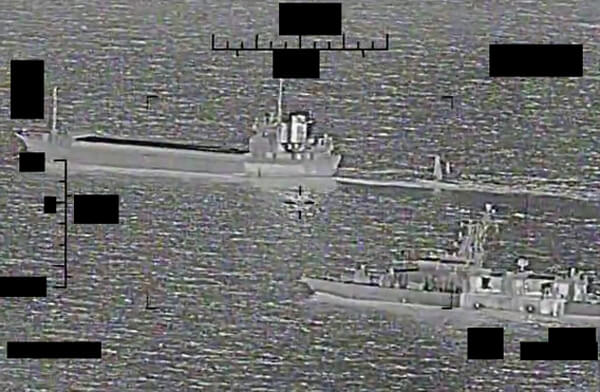 The U.S. naval forces intervened and the Navy is reporting that their actions resulted in the IRGCN vessel disconnecting the towing line from the USV. The Iranians, however, remained in the area for nearly four hours before departing.

“The professionalism and competence of the crew of the USS Thunderbolt prevented Iran from this illegal action,” said Gen. Michael “Erik” Kurilla, Commander, U.S. Central Command in a prepared statement. “This incident once again demonstrates Iran’s continued destabilizing, Illegal, and unprofessional activity in the Middle East.”

The U.S. in the past year has reported several incidents with the Iranian Guard harassing U.S. vessels in the region. Iranian speedboats have cut across the path of U.S. Navy vessels underway or sailed close to the U.S. vessels and in at least one instance were seen videotaping the U.S. ships. It is however the first reported incident of Iran attempting to grab American technology.

The U.S. 5th Fleet has integrated the Saildrone technology into its operations but states that it was in international waters and operating following international law. The integration of unmanned systems and artificial intelligence into fleet operations the Navy reports is enhancing its maritime vigilance for U.S. forces and international partners in waters across the Middle East.

The Saildrone Explorer USV the IRGCN attempted to confiscate is equipped with sensors, radars, and cameras for navigation and data collection. It is commercially available technology.