On Wednesday, workers at Newport News Shipbuilding landed the island onto the deck of the future aircraft carrier USS John F. Kennedy. The ceremony coincided with the celebration of President Kennedy's birthday, and it marks an important step towards the carrier's completion. The 588-ton island - the command center for flight deck operations - was one of the last blocks to be integrated into the ship.

“Landing the island is a key milestone in preparing the ship for launch in the fall,” said Jennifer Boykin, president of Newport News Shipbuilding. “Reaching this milestone on schedule demonstrates the significant lessons learned we are applying to this ship’s construction, as well as the strides we’ve made to use new technologies to gain efficiencies.”

Kennedy is scheduled to move from the dry dock to an outfitting berth towards the end of 2019, three months ahead of schedule. The ship’s christening is planned for later this year.

Caroline Kennedy, John F. Kennedy’s daughter, serves as the ship’s sponsor, and she shared a 1964 silver Kennedy half dollar that was placed under the island as a token of good luck. “I know how proud my father would be of the ship that will bear his name and the patriotism and dedication of all who sail in her," she wrote in a letter for the event. 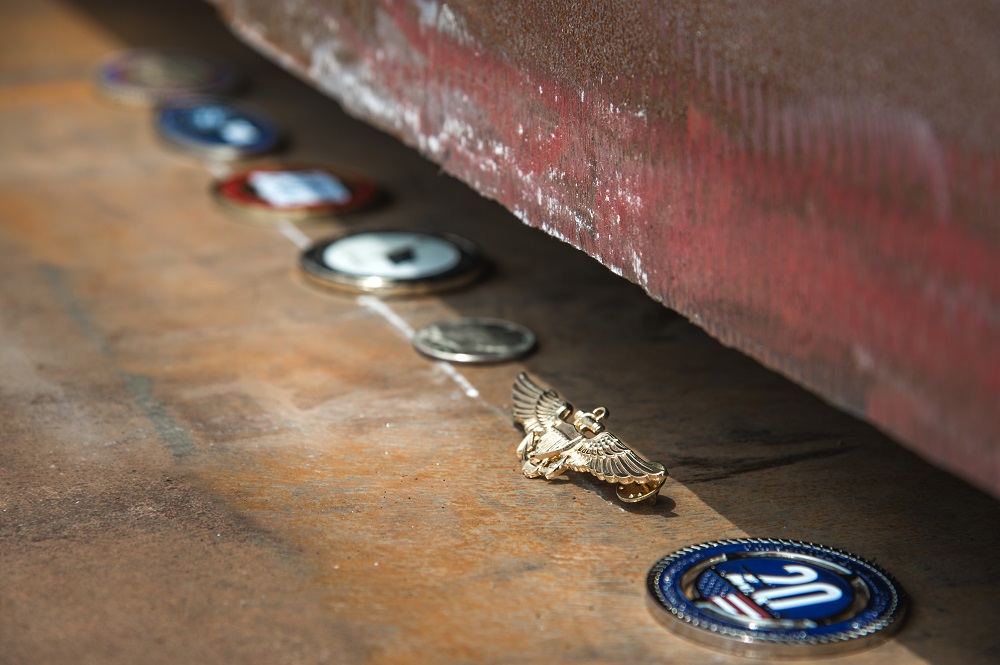 The Kennedy is the second in the new series of Ford-class aircraft carriers, the most expensive class of warships ever built. The U.S. Navy is working with Huntington Ingalls Industries to reduce the procurement expense for the next vessels in the class; the first, USS Gerald R. Ford, has already exceeded a hoped-for build cost of $13 billion and is currently undergoing post-shakedown repairs. Only two of Ford's 11 electromagnetically-powered weapons elevators are functional, and her yard availability has been extended until October to give more time to work on them.