The Cumbre Vieja volcano on the island of La Palma continues to send flows of lava towards the sea, nearly two months after it first erupted on September 19. The molten rock reached the water's edge in early October, creating a lava delta of about 100 acres in size. Over the last week, two more lava streams reached the water and created new deltas, one at the popular Playa Los Guirres on Nov. 10 and another at Playa el Charcon on Nov. 15.

An aerial surveillance video taken on Sunday shows lava fanned out over a wide swath of the shoreline, burying a familiar landscape in solid rock.

The volcano has covered about 2,500 acres of La Palma in lava, and it has disrupted the island's agriculture and tourism sectors. Adjacent neighborhoods have been evacuated, and falling ash has accumulated on everything downwind of the main vent.

Last week, the eruption claimed its first victim when a roof failed under the weight of the ash. A 70-year-old resident had received permission to return to his home with a volunteer cleanup crew, and he was attempting to clean the ash from his roof when it collapsed beneath him.

Government scientists say that the volcano appears to be losing steam, and the end of the eruption may be in sight. Seismic activity has decreased and sulfur dioxide emissions are down, suggesting waning activity.

In the meantime, Spanish lifesaving agency Salvamento Maritimo is maintaining a maritime exclusion zone around the new lava deltas in order to protect the public from hazardous conditions. 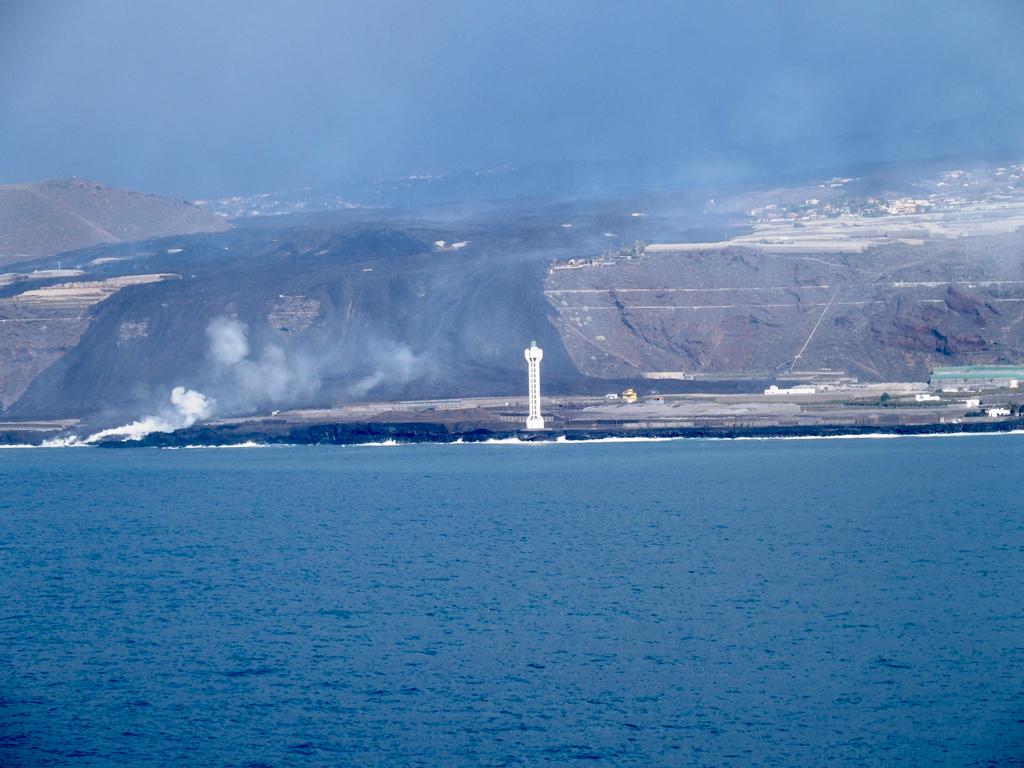