[Brief]  A smaller domestic cargo ship reported to the Japan Coast Guard that its cargo had shifted, causing the vessel to lose stability and list to starboard during heavy weather off the east coast of Honshu.

The vessel was the 560 dwt Meisen Maru registered in Japan with a crew of five. Operated by the Sumiko Logistics Co. the vessel is in domestic service transporting non-ferrous metal products and raw materials, including steel, coal, and chemical products.

The crew called the Japan Coast Guard for assistance at 3:30 a.m. local time on May 14. They reported that they were attempting to reach the lifeboat but that two crewmembers, one in his 60s and the other in his 70s, had been injured. The Coast Guard ultimately airlifted the crew from the vessel in daylight at a position about eight miles off the coast south of Tokyo.

The airlift was complicated by the fact the vessel was drifting in heavy seas. It ultimately grounded. However, the Coast Guard said that the crew was all safely evacuated by 10:00 a.m.

The Japan Coast Guard reports there was no oil leakage, but the vessel remains aground. A salvage crew is beginning work to remove the ship. 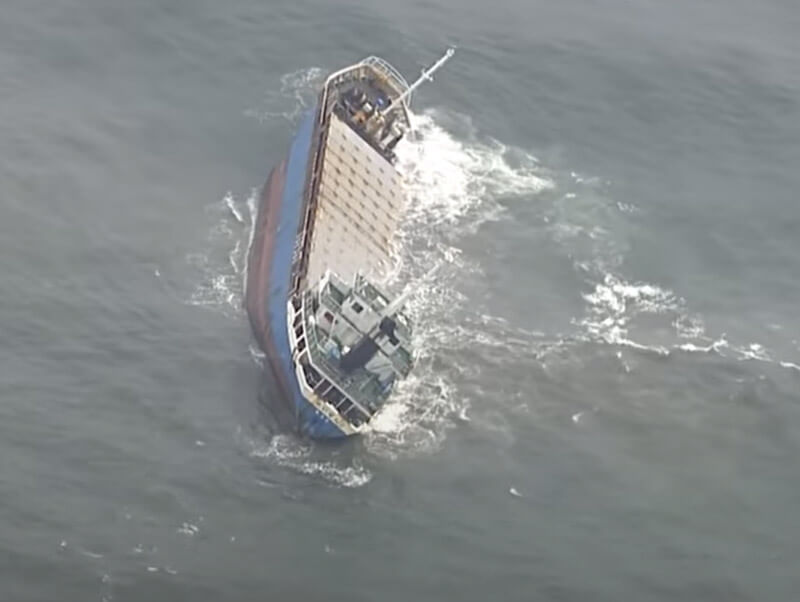