[Brief]  Video was posted on the Internet showing the moment an Indonesian inter-island cargo ship demolished a fishing boat that strayed into the shipping lane. Reports indicate there were 15 crewmembers aboard the disabled fishing boat at the time of the collision but miraculously they all survived by jumping overboard.

"There was a sea accident between the cargo ship and the fishing boat which caused the sinking of the fishing boat," said Head of Public Relations of the South Sulawesi Police, Kombes Komang Suartana confirming the authenticity of the video to the local media. 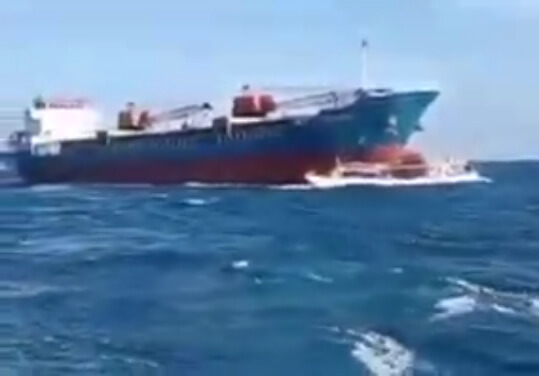 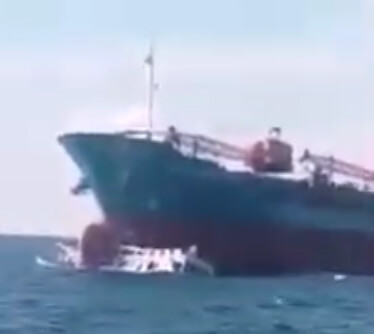 The engine of the fishing boat reportedly failed while they were at sea and two other boats working in the same area were towing the fishing vessel back to shore. The boats towing the fishing boat strayed into the shipping lane and in the video, people can be heard screaming as the cargo ship approaches. One of the boats conducting the tow reported that it attempted to call the approaching ship on the radio but received no response.

The 312-foot KM Lintas Damani 5, built in China in 2000, can be seen approaching the fishing boat and catching the vessel, and pushing it under the cargo ship’s bulbous bow. The 2,995 gross ton cargo ship ultimately comes to stop after having torn the fishing boat to pieces.

The accident happened near the South Sulawesi region in western Indonesia. The vessels were near the southern end of the Makassar Strait.

The authorities are indicating that they believe it was an accident and that the cargo ship was not at fault.