A new luxury yacht-style cruise ship was launched over the weekend with a traditional trip down the ways. Being built at the Halong Shipbuilding Company in Vietnam, the Emerald Azzurra is being billed as an ocean-going super yacht.

Due to enter service in January 2022, about six months behind schedule due to the pandemic, the Emerald Azzurra will be the first custom-built ocean cruise ship for Emerald Waterways, which has primarily offers European river cruising. The ship marks the company’s entry into the larger ocean-going segment following a similar pattern of its sister company Scenic, which introduced its first luxury expedition cruise ship in 2019. Both brands are part of the Scenic Group.

The Emerald Azzurra is also unique as the first luxury cruise ship to be built in Vietnam. The Ha Long Shipbuilding Company was contracted to build the hull and fit all machinery for Emerald Azzurra, with all interior fitting out being directly managed by the Emerald Cruises project team.

The steel cutting ceremony for the vessel was held at the shipyard on December 7, 2019. The video released of the launching shows the traditional launching of a ship traveling down the ways into the water for the first time, but the structure is largely complete. She was moved to a berth where the structural and mechanical work can be completed so that the interior fitting out can proceed.

“We are incredibly excited to see Emerald Azzurra successfully enter the water as the next stage of her build, the completion of the interior, commences,” said Glen Moroney, Founder, and Chairman of the Scenic Group. “Once again Emerald Cruises is looking to the future and building a game-changing vessel at a time when small-ship experiences are gaining popularity. We can’t wait for past river cruise guests and new customers alike to join us onboard our very own ocean-going yacht in 2022.”

Designed to cruise the waters of the Adriatic Coast, the Red Sea, and the Mediterranean, the 360-foot vessel was created to resemble a luxury yacht. It will accommodate 100 passengers in 50 suites and staterooms, 88 percent of which will have private balconies, and will offer all the amenities of a modern cruise ship. There will be three different dining locals along with an onboard wellness center that includes a spa, gym, and sauna.

The yacht also features three tenders and a Zodiac for shore landings. A marina platform on the stern will also provide a venue for snorkeling, paddle boarding, or swimming. 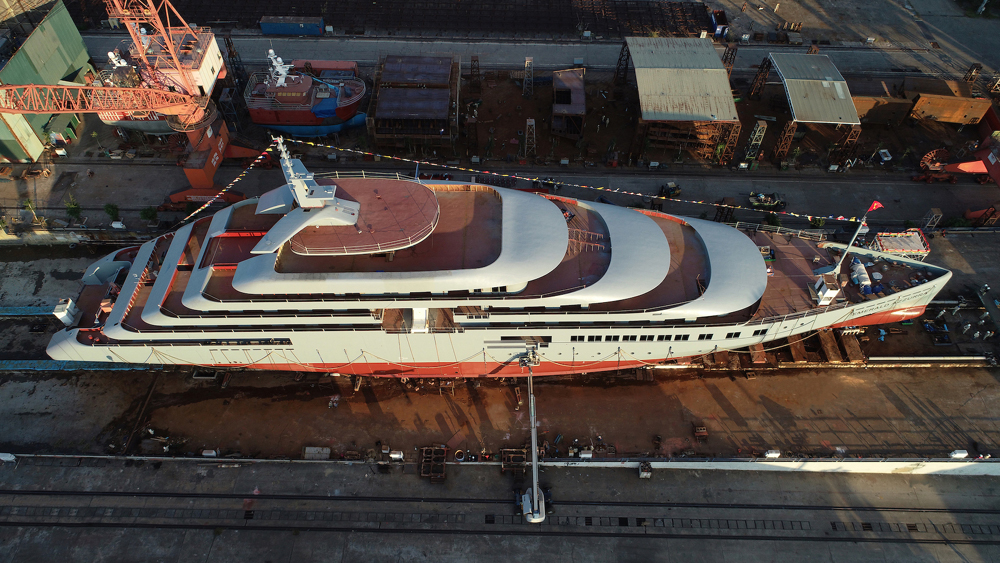 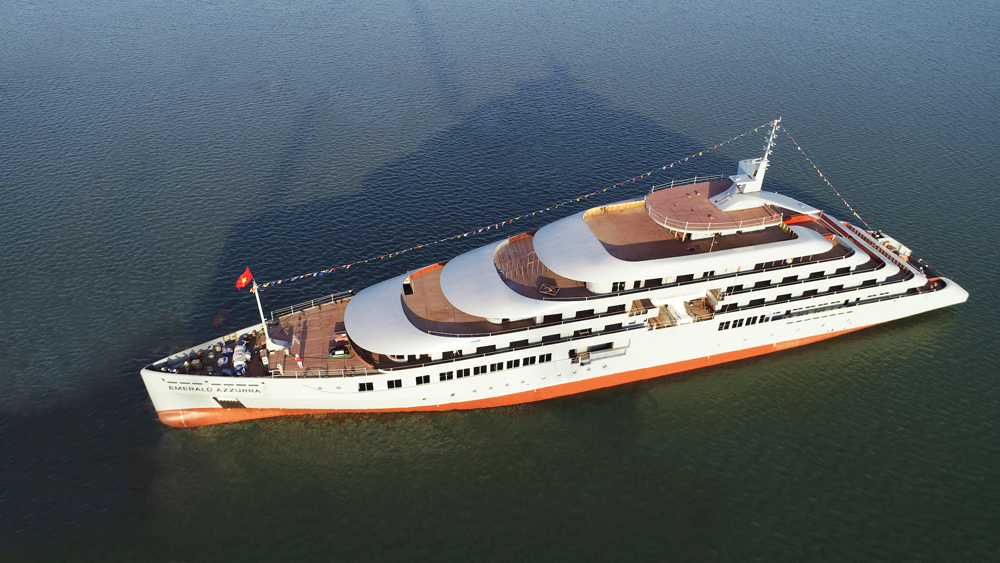