An Indonesian-flagged cargo ship caught fire as it was arriving in the eastern port of Surabaya on the island of Java. The crew was safely evacuated from the ship but one local fireman suffered burns and was taken to a hospital. The fire could be seen across the harbor delaying traffic in the port.

The LIT Enterprise is a 20-year-old general cargo ship operating inter-island in Indonesia. The 4,525 dwt vessel was arriving in Surabaya on October 13 carrying 221 empty containers and agricultural produce.

“When the ship was advancing slow and stopped the engine from going forward, at first we heard a thumping sound from the funnel and then got a report from the engine room that there was trouble with an engine. A few seconds later a lot of smoke came out,” an official from the shipping company PT Lintas Indonesia Timur (LIT) told local reporters.

Fire departments sent 15 trucks to respond to the fire and at least two fireboats were also fighting the fire. The fire spread into the accommodation block but was declared out after about three and a half hours. 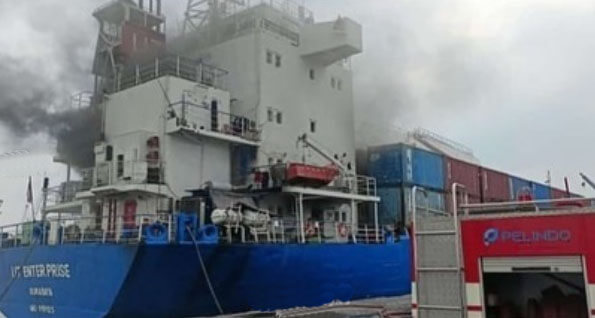 "The fire suddenly appeared in the lower main engine room and then spread to the kitchen. The ship's officers called for assistance,” a fire department official reported. They suspect the fire might have been caused by an electrical short in the ship’s main engine room control panel.  Fire crews were able to prevent the fire from spreading forward and damaging the containers. 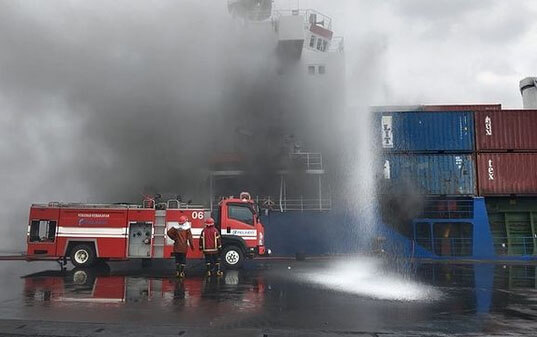