A small container feeder has lost power in rough conditions just off the coast of Marin County, California, according to the U.S. Coast Guard.

On the morning of April 8, the feeder Wan Hai 176 left Oakland and got under way on a return voyage to Asia. At about 1100 hours, she slowed suddenly and began to drift back at about two knots, headed for Point Reyes, according to AIS data provided by Pole Star.

At about 1300 hours, Coast Guard Sector San Francisco learned that the container ship was having engine problems at a position about 12 miles offshore. At about 1545, the Wan Hai 176's captain reported that the vessel was unable to anchor and was drifting closer to shore. 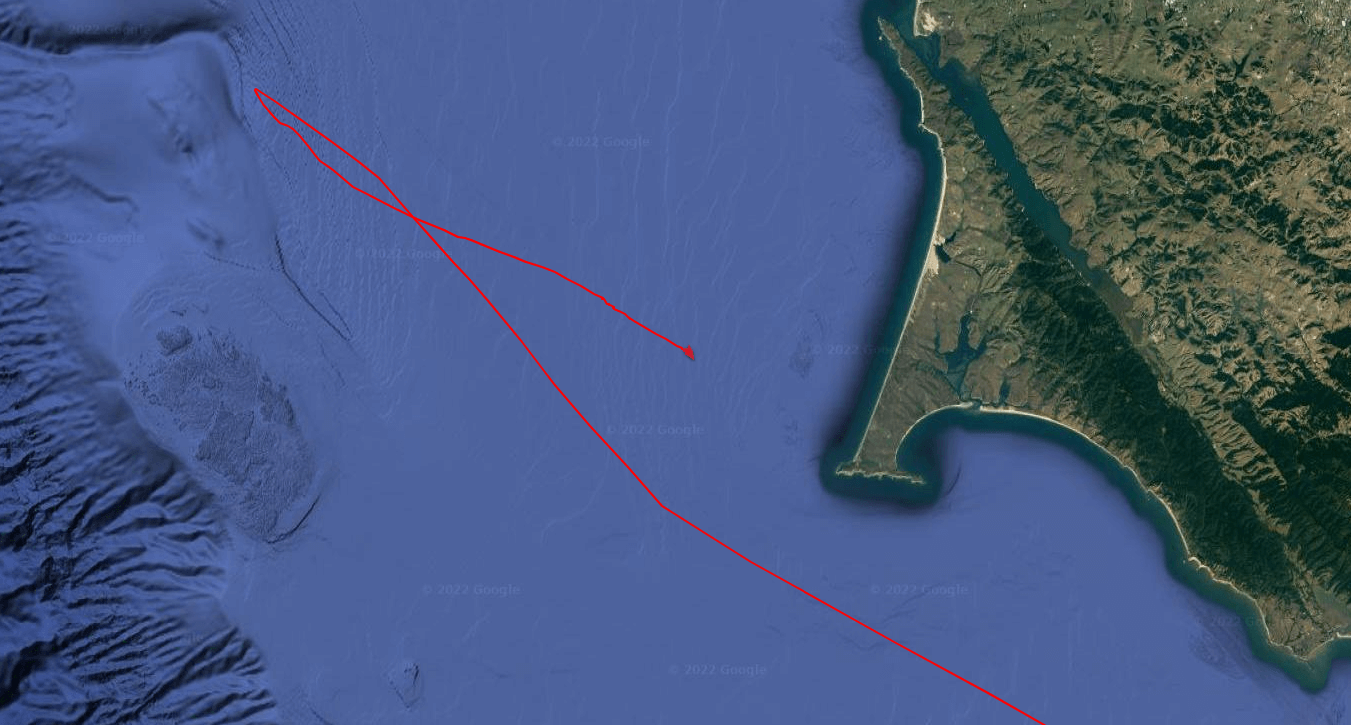 At 1800, several tugs were dispatched to assist the Wan Hai 176. A Coast Guard C-27J Spartan and MH-65 Dolphin helicopter were sent to monitor the scene at 1820.

The container ship anchored successfully overnight with both port and starboard anchors deployed, ending up at a position about seven miles offshore. The tug Stacey Foss arrived at 2200 hours, followed by the Delta Deanna and Delta Billie. Due to rough weather, the tugs have been unable to deploy lines to tow the ship.

Wan Hai 176 has about 39,000 gallons of fuel on board, a small fraction of her maximum fuel capacity. She has about 780 containers of miscellaneous merchandise on board. No injuries or pollution have been reported.

At about 1230 hours Sunday, Wan Hai 176 got under way again to return to San Francisco Bay.

On Sunday morning, the weather moderated and the tug Delta Deanna was able to pass a tow line to the Wan Hai 176’s crew. Accompanied by the tugs Stacey Foss, Delta Billie, Delta Deanna and Rachel Allen, Wan Hai 176 was towed back to a safe anchorage in San Francisco Bay. The U.S. Coast Guard has ordered her to remain there until repairs have been completed and verified.

In years past, a small feeder owned by an Asian regional line would have been an unusual sight off California. The late-pandemic surge in consumer demand has changed the landscape of container shipping, drawing even small vessels like Wan Hai 176 into major east-west trade lanes. The 2016-built feeder never left Asian waters until July 2021, when transpacific freight rates began to soar; that summer, she made her first voyage to the U.S. West Coast, and she has been making the voyage ever since.