A California-based marine technology startup released designs for a hydrogen-powered hydrofoil cargo ship with they say in addition to being zero-emissions can revolutionize container shipping replacing air freight along major intra-Asia trade lanes. Boundary Layer Technologies is developing their fuel cell-powered hydrofoil saying it could be expanded to other forms of transportation ranging from ferries to larger vessels for transpacific service.

Called Argo, the vessel would be powered by green hydrogen and fuel cells, which are stored as a liquid in the vessel’s twin hulls. At 110 feet in length and with a capacity of 20 TEU, Argo has a gross payload capacity of 200 tons and a range of up to 1,500 nautical miles. The company said this would be well suited to transport finished goods and components for major electronic manufacturers in Asia. Argo’s small size and fast speed could be the key to solving many supply chain issues, according to Ed Kearney, CEO and Founder of Boundary Layer Technologies.

Using the company’s proprietary hydrofoil technology, Argo would travel at speeds up to 40 knots while using a fraction of the fuel that a conventional ship would need when traveling at the same high speed. Argo would achieve its 40-knot speed by reducing drag using a hydrofoil, where the submerged wing device is used to lift the hull from the water. According to the company, this performance would enable door-door transit times only 15 to 24 hours slower than air freight, but at 50 percent of the price.

”We can see Argo as a beneficial addition to enhance our current feeder and premium ocean freight services around Southeast Asia that are often susceptible to delays,” said Stuart Whiting, Senior Vice President of Global Supply Chain, Logistics & Planning at Schneider Electric.

The company reports that it has already completed the development of key pieces of ARGO’s technology stack, and is on track to perform full-scale sub-system tests by the end of 2023. Their goal is to launch an intra-Asia Argo service in the third quarter of 2023.

Boundary Layer Technologies reports that it has future plans to launch a larger vessel on a transpacific service for which it has a $180 million Letter of Intent from the digital freight forwarder, Flexport. Late in 2021, the company also previewed a similar prototype design using the hydrofoil concept for a ferry that would also travel at speeds up to 40 knots. Known as Electra, they said it could either be outfitted to carry 240 passengers or in a luxury mode carrying 150 passengers. The ferry would have a range of up to 100 nautical miles. 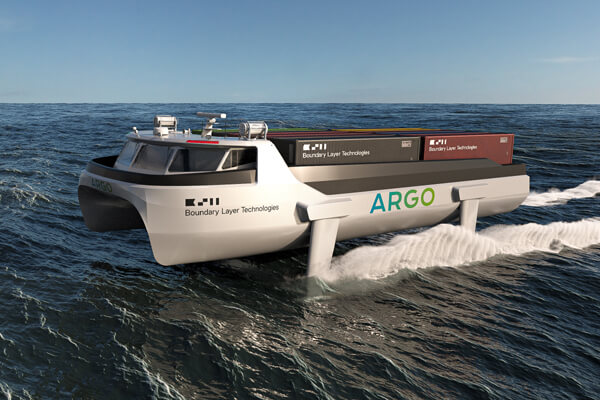 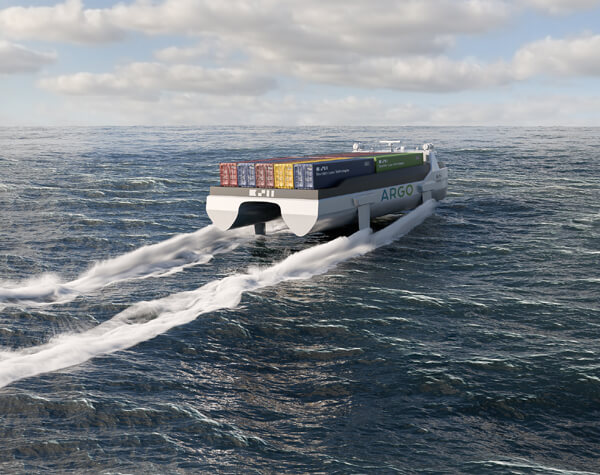