Evergreen took delivery today on its newest containership, Ever Alot, which its Chinese builders are highlighting as both the world’s largest containership and their first 24,000 TEU construction. While the vessel is the same dimensions as the South Korean-built members of Evergreen’s A Class, the Chinese design resulted in a slight increase in capacity taking the ship to a rated capacity of 24,004 TEU. The South Korean-built Ever Ace delivered in the summer of 2021 by comparison is rated at 23,992 TEU.

The new Ever Alot is the first of the vessels China’s Hudong-Zhonghua Shipbuilding Co, a subsidiary of China State Shipbuilding Corporation is building for Evergreen. The vessel was delayed by the recent lockdowns in Shanghai, so she will be closely followed by a sister ship Ever Aria. The images released by CSSC show the sister ships side by side at the shipyard’s outfitting berth. 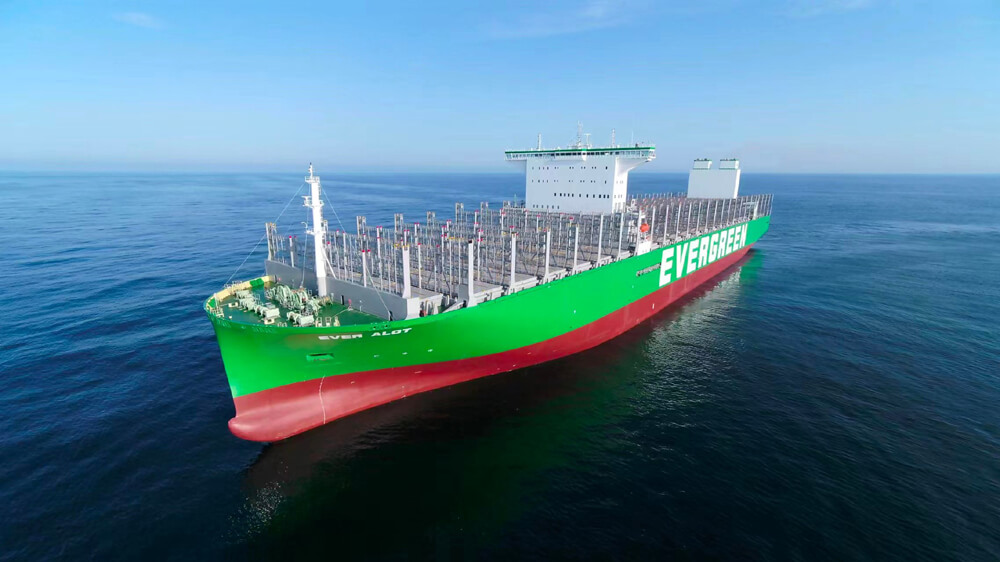 The Chinese-built ships were independently designed by Hudong-Zhonghua and the yard reports that it owns the ship's intellectual property rights. To impress the magnitude of the ship Chinese media is providing a range of comparisons. The mega-ship measures 1,312 feet in length, which the shipyard highlights is nearly 200 feet longer than the current world's largest aircraft carrier. It is 200 feet wide and has a deck area of more than 24,000 square meters, which the shipyard points out is about the size of three and a half soccer fields.

With a depth of just over 100 feet, the cargo hold they report can carry 240,000 tons of goods. The maximum stack of containers can be up to 25 stories high, equivalent to the height of a 22-story building, CCTV reported.

They are highlighting several design features for the new 24,000 TEU class of vessels. They have incorporated a bubble drag reduction system and shaft generators. The air lubrication system they report not only effectively reduces the total energy consumption of the ship but also reduces the corresponding carbon emission by three to four percent. The use of shaft generators the shipyard says can reduce fuel consumption, optimize EEDI energy efficiency indicators, reduce greenhouse gas emissions, and at the same time significantly reduce the fuel costs of ships, with considerable economic and social benefits.

The "Hudong-type" design they report also employs a unique small bulbous bow, large-diameter propellers, and energy-saving ducts to give the ship a fast performance and low energy consumption. 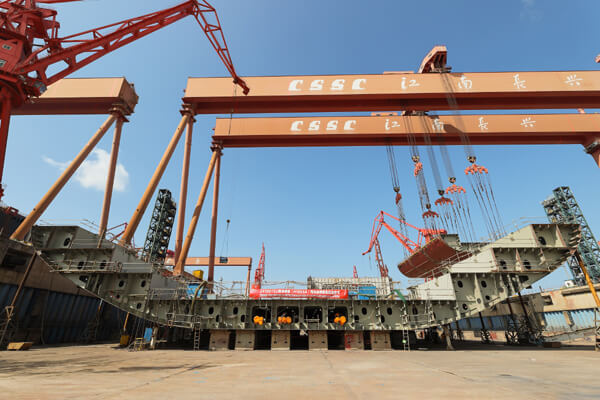