The first-in-class carrier USS Gerald R. Ford underwent its first shock trial on Friday at a test site off the coast of Florida. The underwater blasts are intended to evaluate how well the ship's systems can survive severe vibration from a near-miss explosion.

It was the first time since 1987 that the Navy had carried out shock trials on a carrier; the lasFord's t to undergo the procedure was the USS Theodore Roosevelt. The trial is a much-anticipated event, given USS Ford's well-publicized difficulties with high-technology, high-complexity shipboard systems.

According to the USGS, the blast was big enough that it registered as an earthquake with an estimated magnitude of about 3.9 on the Richter scale. 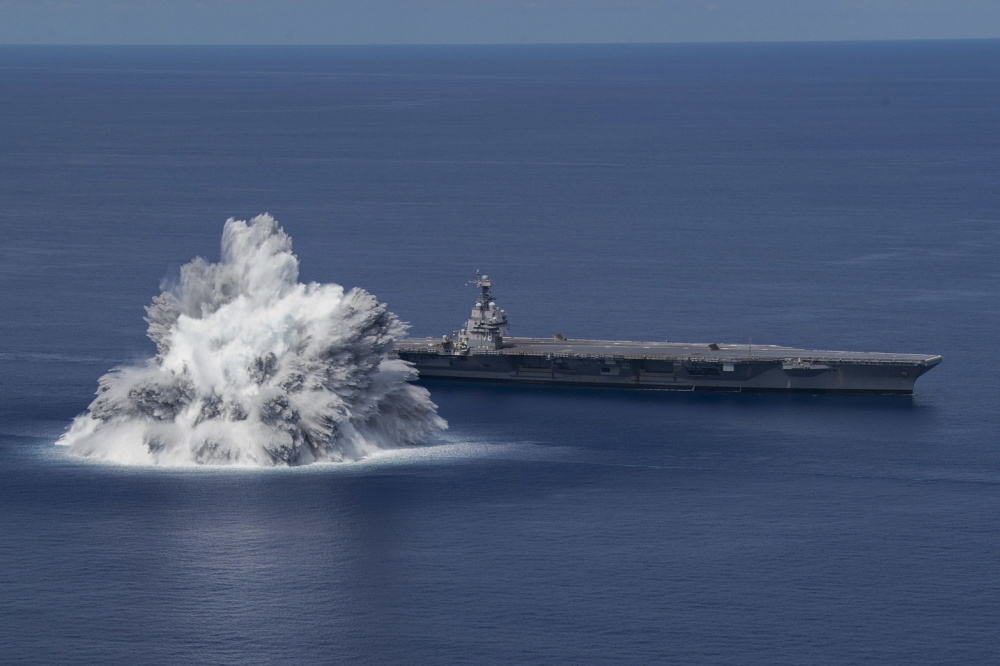 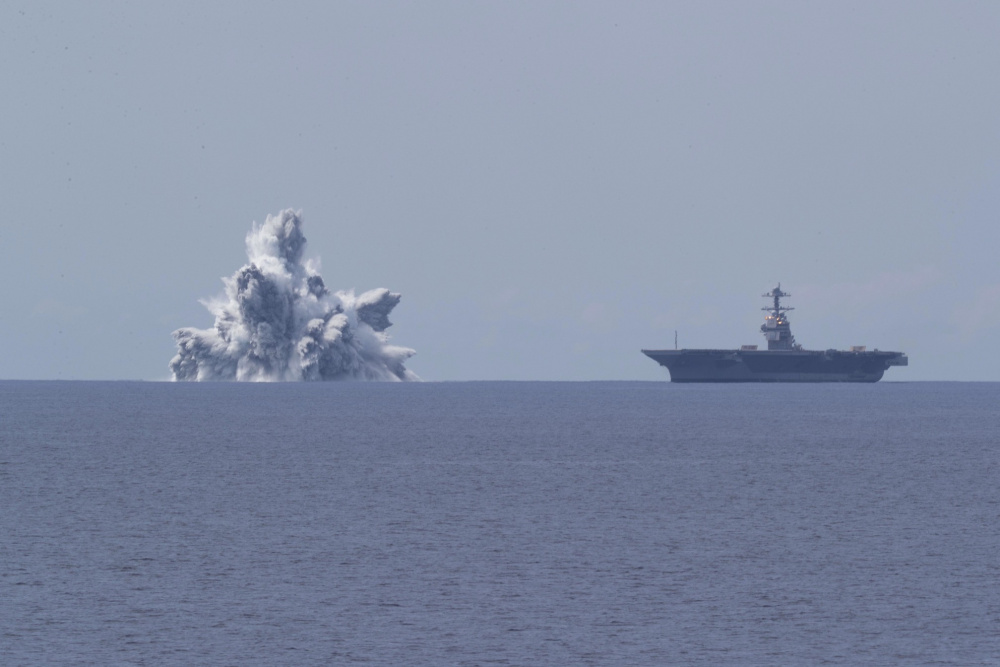 As it did for the two Littoral Combat Ship classes, the Navy may reduce the intensity for blast testing USS Ford, according to USNI - in this case, by omitting the third (and typically most severe) test in the series altogether. 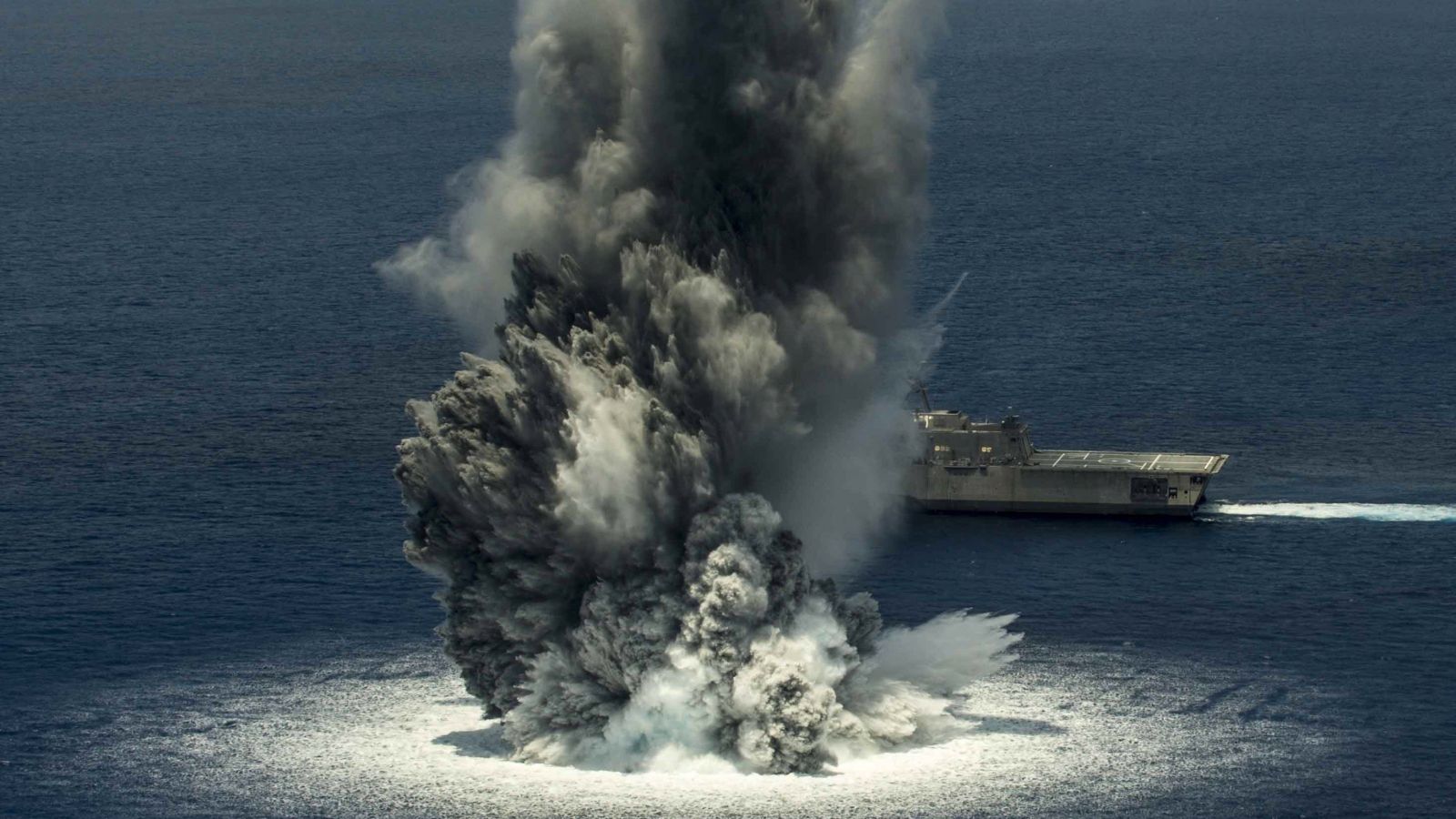 In a statement, the Navy said that after Ford finishes shock trials this summer, she will go back into another maintenance period for an additional six months of modernization, maintenance and repairs prior to operational deployment. The vessel just finished an 18-month post-delivery repair and test period, preceded by a 15-month post-shakedown repair period.

The crew and the Navy's contractors still have to bring four out of Ford's 11 of weapons elevators online. Long-standing questions about the durability of her electromagnetic catapults and recovery equipment also remain unresolved, though the Navy says that it has conducted thousands of launch cycles and has confidence in the systems.