Cargo Ship Trapped in Ice off Greenland for Two Days

Off the beaten path and far from the eyes of the world, a drama has been playing out off the east coast of Greenland as an 8,370 DWT cargo and container ship found itself stuck in polar ice. According to the Greenland shipping company, Royal Arctic Line, while the situation sounded dramatic it was a common occurrence and the vessel, the Malik Arctica, was in no immediate danger.

According to the ship’s owners, the last time one of its ships got stuck in the ice was in 2007, when the Arina Arctica was delayed for six days. Another company’s ship was also stuck for six days with passengers aboard in 2018.

Royal Arctic Line, owned by the Government of Greenland, is responsible for delivering supplies to Greenland’s 13 largest ports and carries more than 85,000 shipments a year between Denmark and Greenland. Built in 2017, the Malik Arctica with a length of 375 feet has a capacity of 606 TEUs. The ship calls at most ports in Greenland, both on the east coast and the west coast, delivering vital supplies including fuel to the remote communities. 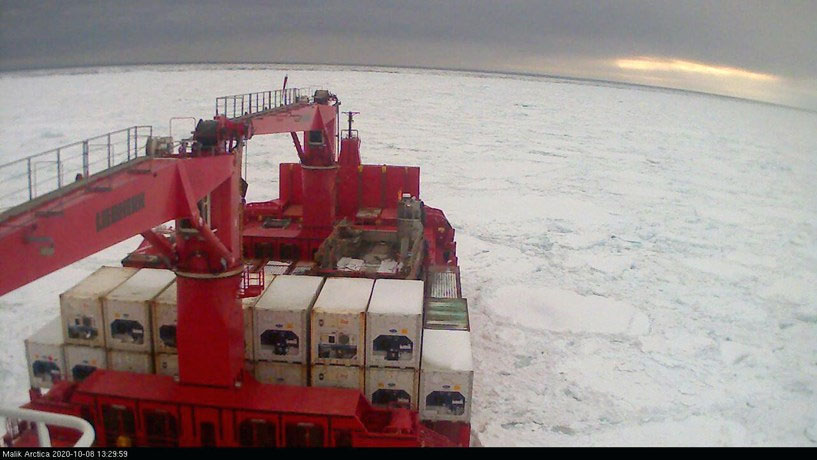 On one of these vital trips delivering winter supplies, the Malik Arctica on October 7 became stuck in the ice as she approached Ittoqqortoormiit, a remote community located in southeastern Greenland. According to the company’s reports, efforts were underway to free the ship and it was coordinating with the Artic Command and other authorities. They said that weather and wind conditions would determine when the ship would get free and based on satellite images it was reviewing advised, “we need to arm ourselves with a little patience.”

“The ice conditions right now are a challenge,” the company said in its statement. “It is storis and not winter ice that is currently preventing Malik Arctica from docking at the harbor and unfortunately the storis' movements are more difficult to predict than ordinary winter ice.” Storis, which is a translation of the Eskimo expression sikorssuit (great ice), is a mass of polar ice floes drive into the area by the winds and currents. The vessel has an ice-strengthened hull that permits it to pass through early winter ice, but it cannot pass through storis.

For more than 24 hours, the ship was able to make only slight headway turning back towards the ocean and not towards its destination. Yesterday, October 8, in the afternoon the Malik Arctica was able to free herself back into the ocean where she was sitting off the port waiting for the ice conditions to improve.

Today, Royal Arctica reported it is still not possible to reach the port. The ship remains located outside the fjord awaiting improvement of the ice situation. “Royal Arctic Line cannot at present say when the ship can sail into Ittoqqortoormiit, but we are keeping a close eye on the ice situation,” they reported as they continue to attempt to bring the vital winter supplies to the community. 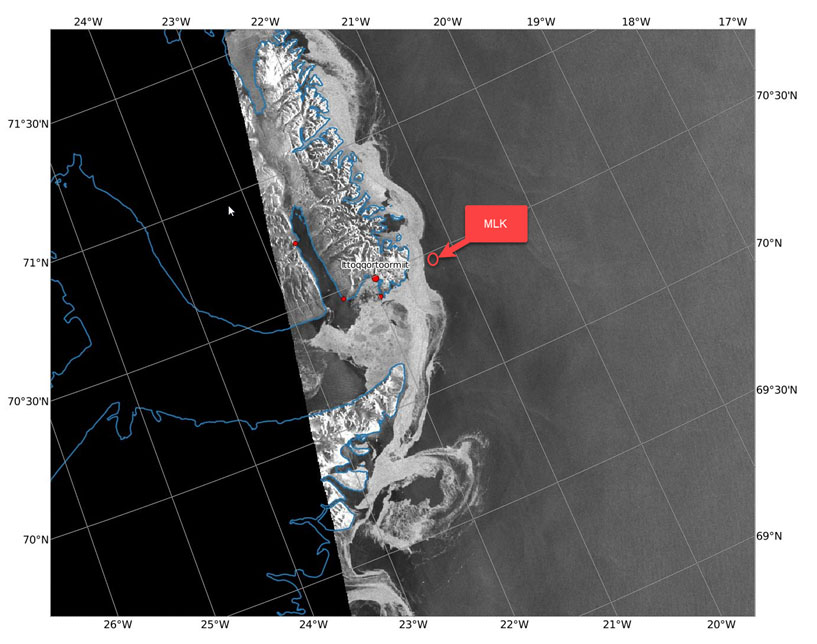