On Tuesday, the destroyer USS Nitze seized $20 million in drugs from a fishing dhow in the Gulf of Aden.

Nitze was under way on a patrol in international waters, operating as part of Combined Maritime Forces CTF 153, the multinational naval task force set up to ensure maritime security in the Red Sea, Bab el-Mandeb and Gulf of Aden. Its boarding team found 2,200 kilos of hash and 330 kilos of meth aboard the stateless vessel.

“I am proud of the Nitze’s outstanding effort in support of our mission,” said U.S. Navy Capt. Robert Francis, commodore of CTF 153. “Our multinational task force was established to enhance maritime security in the Red Sea, Bab al-Mandeb and Gulf of Aden, and this major drug seizure shows our commitment to doing just that.”

The U.S. Navy and U.S. Coast Guard have been actively policing waters of the Gulf of Oman and Gulf of Aden over the past year, intercepting multiple shipments of drugs, weapons and explosives along the notorious "hash highway" smuggling route. The drug sales are often used to finance terrorism and insurgency, and taking the narcotics off the market has a twofold benefit: reducing the drug supply, and reducing income for destabilizing militant activity. 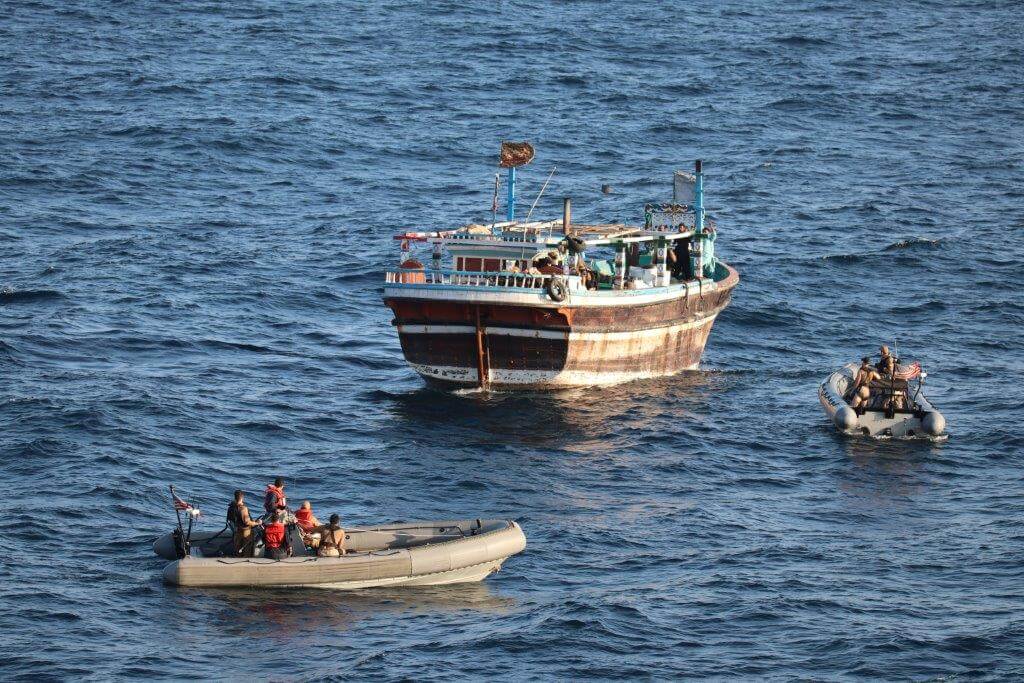 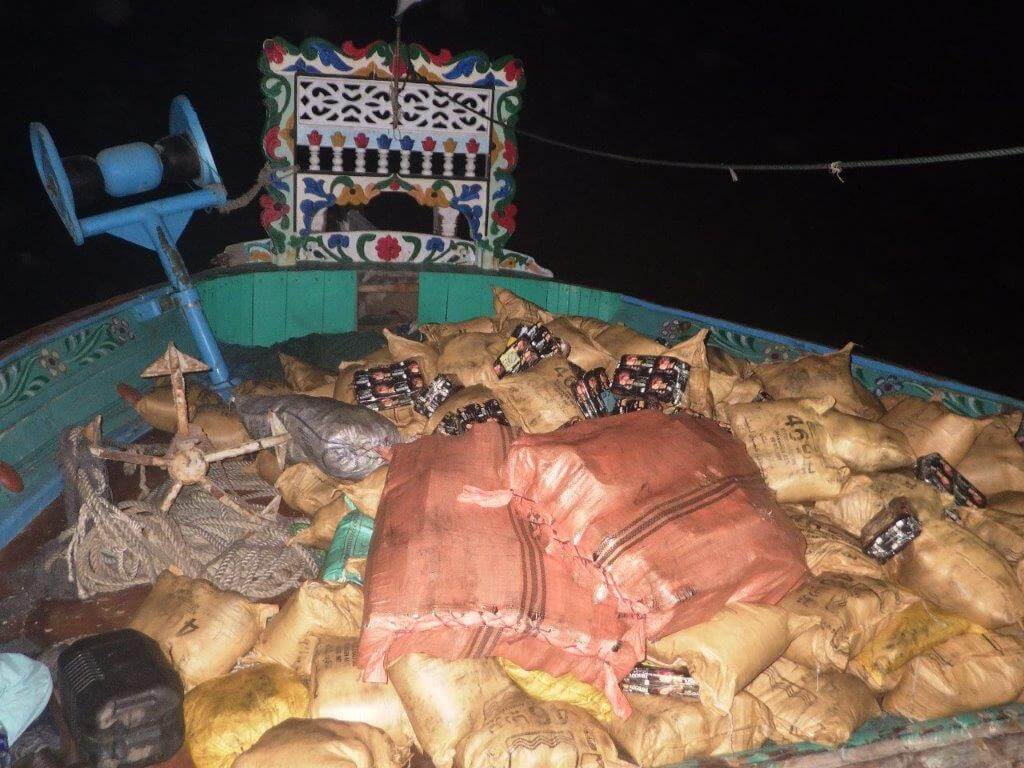 Some of the cargoes intercepted in the region have a very direct link to militant activity. On November 8, the cruiser USS The Sullivans and the fast response cutter USCGC John Scheuerman spotted a stateless dhow in the Gulf of Oman. A boarding team uncovered bags of solid chemicals, which tested positive as urea (a common fertilizer and explosives precursor) and ammonium perchlorate (a powerful rocket propellant and explosive).

Members of the crew spent the next five days searching the boat and cataloging the contents. All told, they found 70 tonnes of ammonium perchlorate and more than 100 tons of urea.