While on routine patrol with the US 4th Fleet, the USS Gabrielle Giffords completed a successful interdiction capturing over $100 million in illegal narcotics. The Independence-class littoral combat ship is operating with a U.S. Coast Guard Law Enforcement Detachment to support Joint Interagency Task Force South’s mission, which includes counter illicit drug trafficking in the Caribbean and Eastern Pacific.

Operating in the Eastern Pacific, on December 5, they diverted to intercept a low-profile vessel. The Gabrielle Giffords deployed one of her helicopters, assigned to the “Wildcards” of Helicopter Sea Combat Squadron (HSC) 23, to provide watch over the operation. The law enforcement team used small boats to intercept and stop the craft. After gaining control, they began boarding the smuggler’s craft for an inspection.

The search of the intercepted vessel recovered approximately 134 bales, estimated at 2,810 kilograms, of suspected cocaine. The wholesale value of the drugs was estimated at $106 million. Three suspected drug traffickers were also detained.

“Interdiction evolutions, no matter how often you conduct them, are different every time,” said Chief Boatswains Mate Daniel Pike, of Gabrielle Giffords. “Our team is dedicated to exemplifying the qualities of safe, professional mariners during these operations from start to finish.”

Since April, U.S. Southern Command has begun enhanced counter-narcotics operations in the Western Hemisphere to disrupt the flow of illegal drugs in the area.

The 418-foot long vessel was commissioned in June 2017 and initially homeported in San Diego, California. The vessel is designed to operate at high speeds of up to 40 knots and highly maneuverable, making it well suited for these types of assignments. 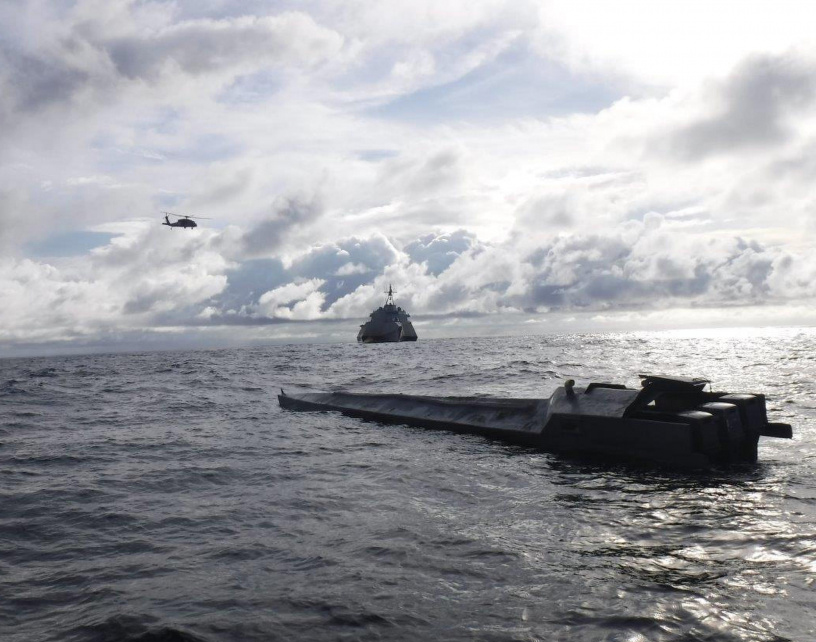 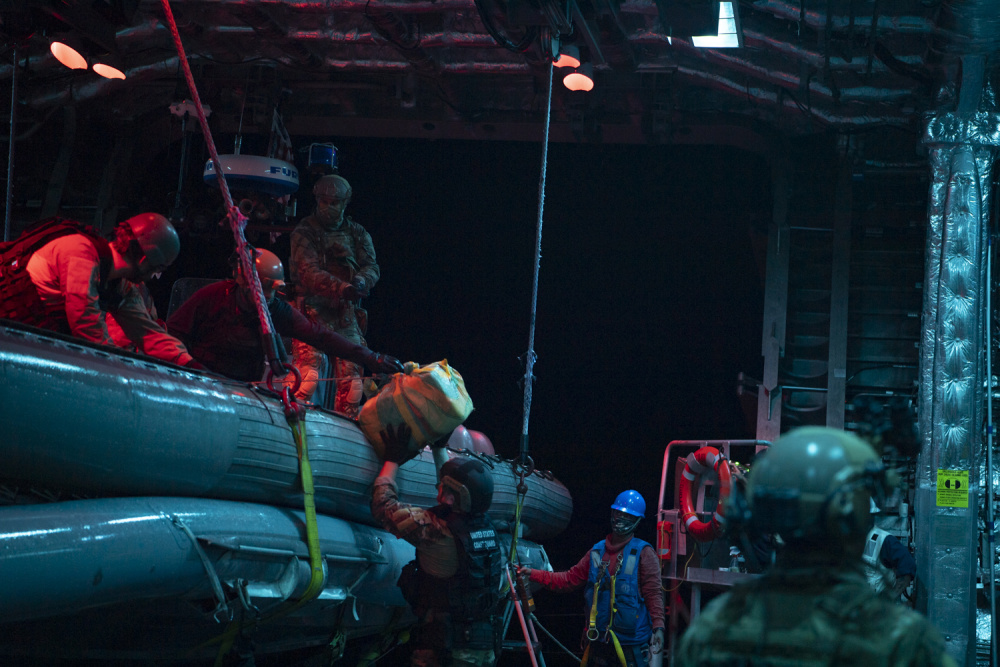 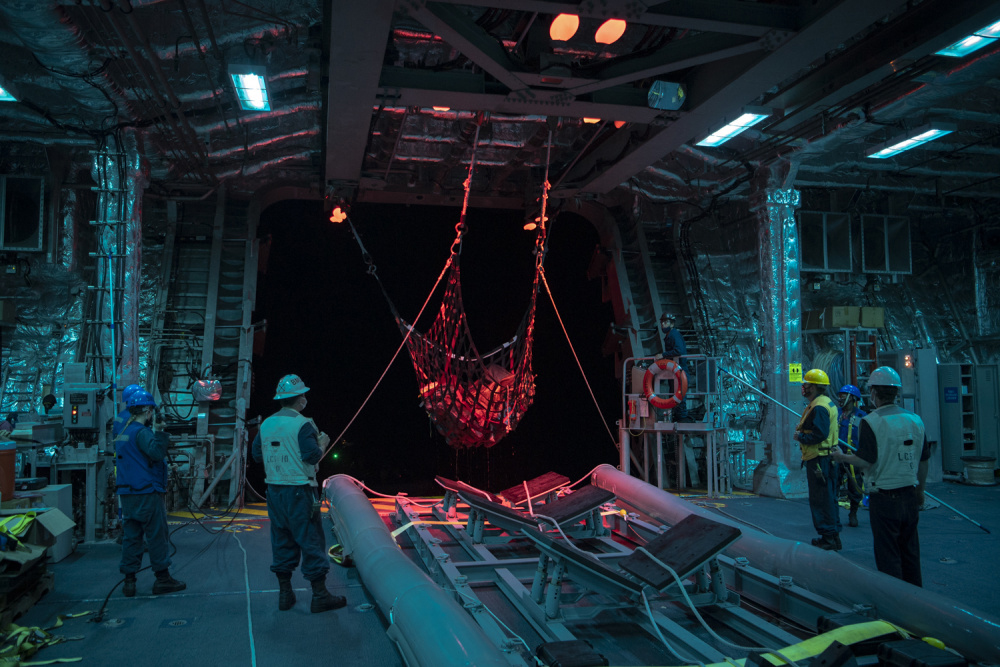