USCG Medevacs Injured Fisherman From Vessel in the Bering Sea

On Wednesday, the U.S. Coast Guard medevaced an injured fisherman from a vessel in the Bering Sea, about 80 miles northeast of Dutch Harbor.

While on patrol in the Bering on Wednesday morning, the crew of the cutter Alex Haley received a VHF call reporting that a fisherman had sustained a severe leg injury. The victim was aboard the combination fishing vessel Magnus Martens, which was operating off the north side of Unimak Island, northeast of Dutch Harbor.

A Dolphin helicopter crew from the Haley rendezvoused with the Martens and hoisted the man aboard. They flew him to Dutch Harbor for care, but he needed to be transferred onwards to Anchorage for hospital treatment. The weather was too poor to allow a medevac flight to pick up the man at Dutch Harbor's short and notoriously difficult airport runway, so the helicopter crew flew him to Cold Bay for a transfer to a Guardian Flight medevac crew. 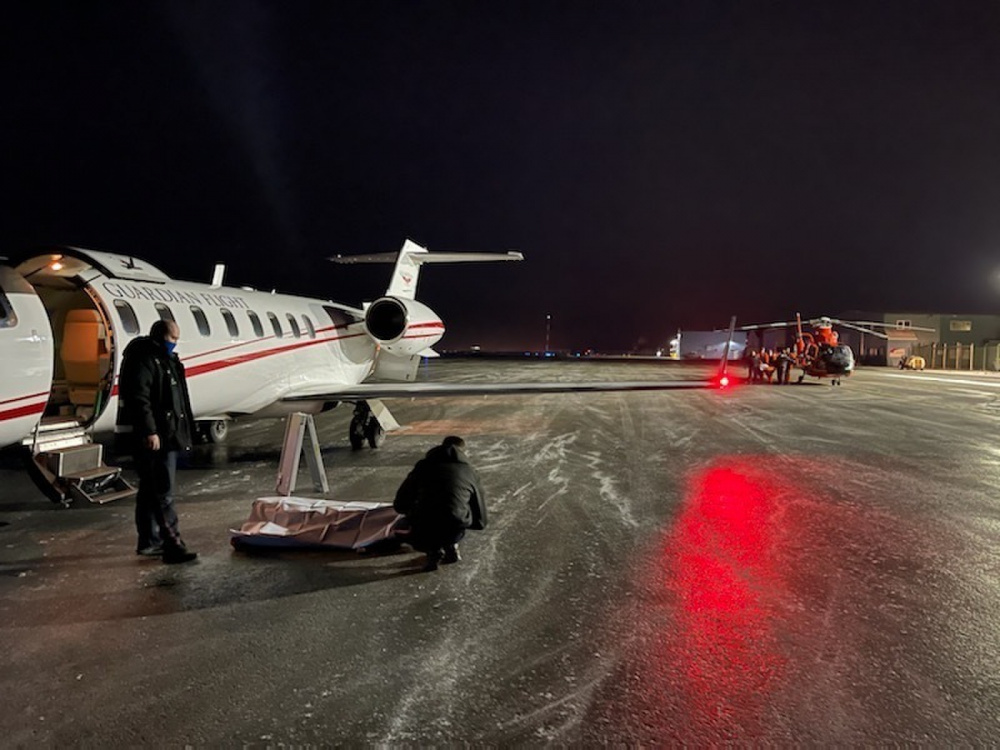 “Due to the range from Dutch Harbor and because the fisherman’s severe injuries required additional time to place him in a rescue litter, the helicopter needed to refuel at sea," said Lt. Wes Jones, aircraft commander for the case. "Helicopter in-flight refueling is an incredibly demanding and complex maneuver for both the cutter and the aircraft to increase on scene endurance. The combined teamwork of the crew aboard Alex Haley, the Magnus Martens, and the 17th District command center enabled us to get this man on a Guardian Flight aircraft headed to Anchorage to receive the care he needs.”

The Magnus Martens is a recently-built 58-foot combination boat based in Alaska.