On Sunday night, a U.S. Coast Guard aircrew out of Honolulu completed a 1,300 mile long-distance mission to medevac a crewmember from a tanker in the mid-Pacific.

On Friday night, JRCC Honolulu received a call from Rescue Coordination Center Stavanger in Norway, which reported that a Latvian seafarer aboard a Norwegian-flagged product tanker was experiencing a medical emergency. The tanker, the 50,000 dwt Leikanger, was located at a position about 670 miles to the northwest of Midway Atoll.

The victim was reportedly suffering severe pain and numbness in his lower abdomen. Given the Leikanger's remote location, the Coast Guard duty flight surgeon asked the crew to make best speed to Midway, where there is a runway capable of accommodating an HC-130J Hercules long-distance SAR airplane.

JRCC Honolulu watchstanders contacted the U.S. Fish and Wildlife Midway refuge manager to coordinate a transfer at Midway. Due to the abundant bird life in the area - Midway is known for its thriving albatross population - it is necessary to land planes on the island at night to limit the chance of bird strikes.

At 1750 hours Sunday, the Leikanger arrived off Midway and transferred the seafarer to shore in a small boat. A U.S. Fish and Wildlife boat crew escorted the Leikanger's rescue boat through the reef and to the pier. The Leikanger then resumed her commercial voyage.

At about 2300 hours, a USCG Hercules aircrew arrived at Midway with a Hawaii Disaster Medical Assistance Team (DMAT) on board. They returned to Air Station Barbers Point at about 0245 hours on Monday morning and delivered the seafarer to an awaiting ambulance. 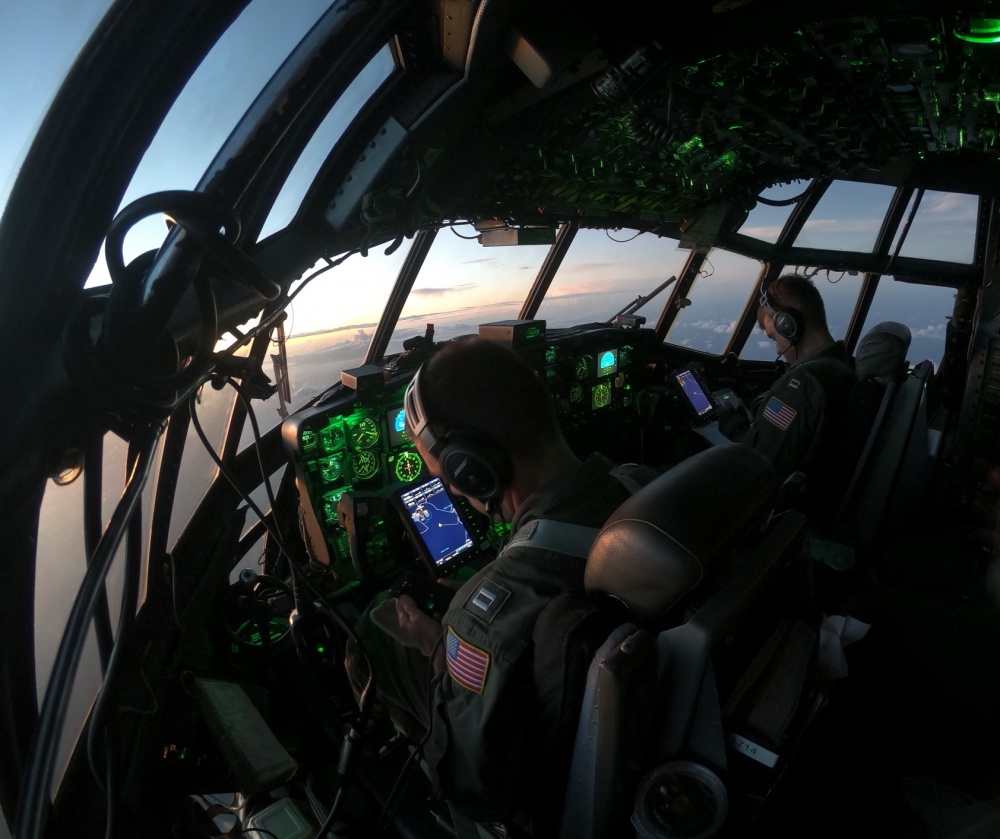 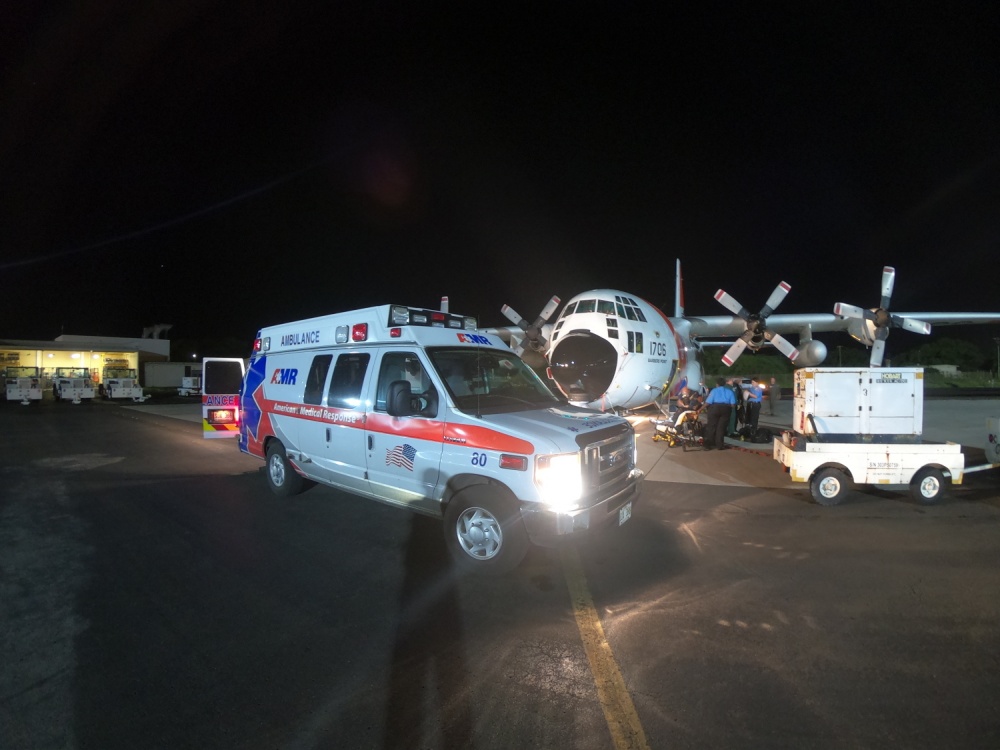