The crew of the U.S. Coast Guard cutter Active recently conducted a counter-smuggling patrol in the Eastern Pacific, and they encountered a new hazard during the challenging mission: COVID-positive smugglers.

On May 12, the crew detained three suspected drug smugglers aboard a go-fast vessel about 200 nautical miles off the coast of El Salvador. One detainee had a fever and sore throat and was treated by the onboard health services technician. As a precaution, all three detainees were treated as potentially COVID-19 positive. They remained outside on the weather deck, protected by an awning, and all of them wore surgical masks.

All Active crewmembers who interacted with the detainees used N95 masks, nitrile gloves, long sleeves and goggles. The crewmembers removed their boots and coveralls and disposed of PPE prior to entering the inside of the ship to prevent bringing any contamination in. The cutter maintained a heightened internal sanitation routine in addition to COVID-19 spacing protocols and staggered meal times.

On May 20, the detainees were transferred to Department of Justice custody in San Diego, where they were tested and confirmed positive for COVID-19. After testing, they were admitted to a local hospital for care, and they remain in custody.

The crew of the Active were all tested for COVID-19, and all tests were negative. All crew members remain asymptomatic.

"This patrol, and this interdiction in particular, highlights the resilience and professionalism of Active's crew," said Cmdr. James O'Mara, the commanding officer of Active. "We canceled a port visit, stretched logistics and diverted 500 miles to get on target and do our job. No captain could ask or expect more from a crew, especially given all the adversity overcome during this patrol."

Active also seized about $37 million worth of cocaine (about 2,000 pounds) during the interdiction, which she offloaded at the docks in San Diego. 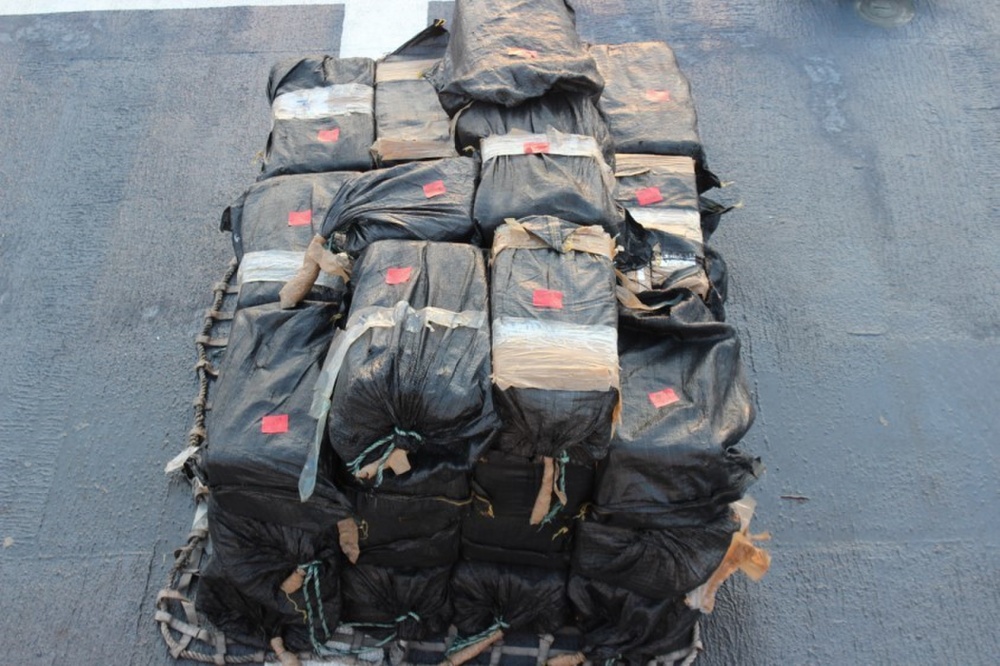