Islamic Republic of Iran Shipping Lines (IRISL) issued a brief statement confirming that its container ship the Shahraz had grounded in the waters north of Indonesia near Sambu Island but denied that there had been a collision with the Indonesia-flag bulk carrier Samudra Sakti I that also grounded in the area.

"A ship from the Islamic Republic of Iran's shipping fleet ran aground on May 12 while crossing the Strait of Singapore due to technical problems, but fortunately no casualties or environmental damage were reported," according to the Iranian statement. "The situation is now under control and the necessary measures are being taken to prevent possible environmental pollution and to make the ship getting floated again," it added.

IRISL, however, also said that loss of the ship is covered under "credited international insurances.” 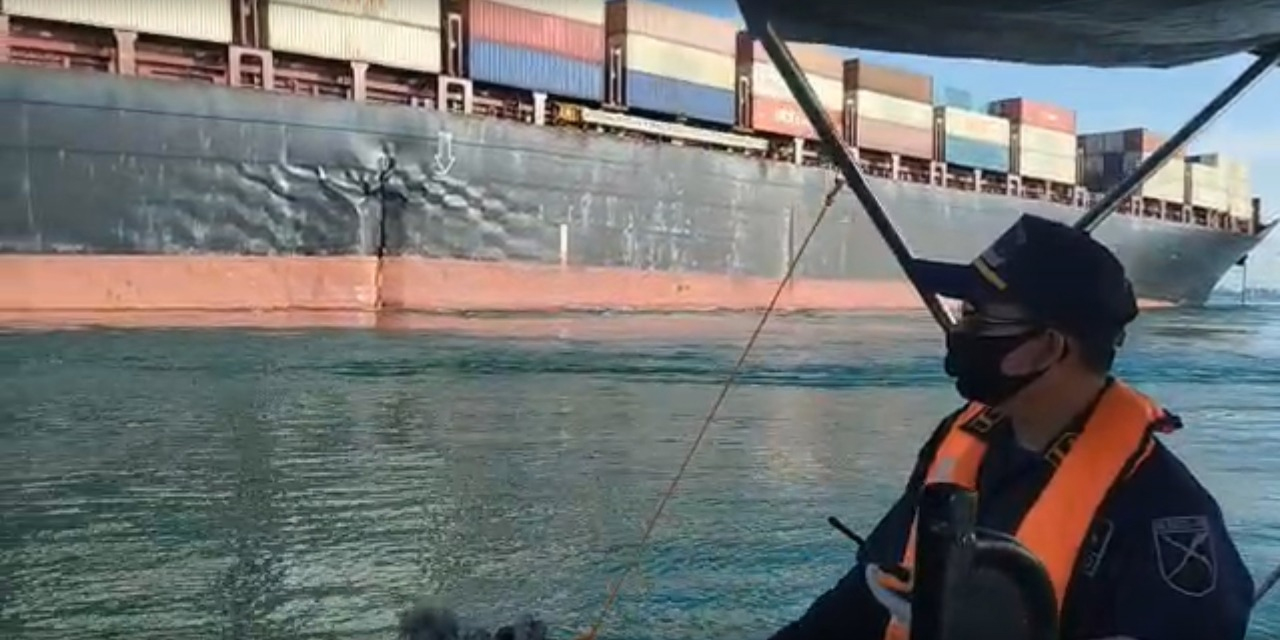 At the time of the incident, the Shahraz was reported to be sailing from Port Klang Malaysia to Shanghai, China while the was Samudra Sakti I was sailing from Belawan to Bayah.

According to the Indonesian authorities the Samudra Sakti I was successfully refloated and moved to an anchorage. An inspection was ongoing but there was no visible damage to this vessel.

There however is visible damage to the Iranian vessel, which remains aground.

Shipping in the area is proceeding uninterrupted.