The UK is investing $160 million into new directed energy weapons, including technologies intended for naval applications.

The Ministry of Defense has already spent about $37 million on a new naval anti-drone laser system, dubbed Dragonfire, which will begin shipboard testing later this year. Dragonfire's concept is comparable to LaWS, the U.S. Navy's 30 kW prototype laser weapon. But the MoD is now looking to the UK defense industry to develop additional weapons to be fitted to warships, aircraft, helicopters and armored vehicles. 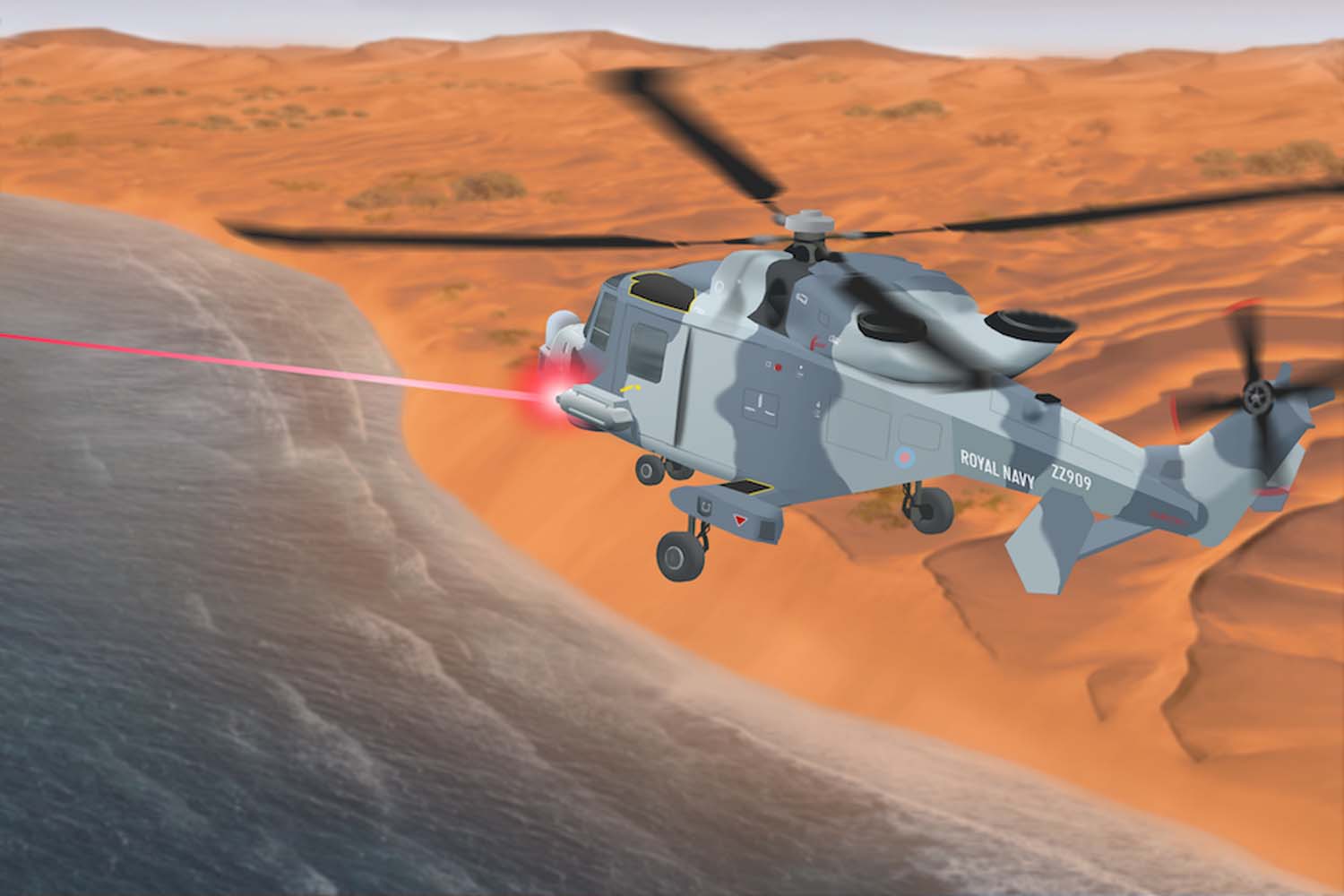 The new laser weapon will differ from Dragonfire in that it will combine multiple laser beams to produce a weapon more powerful than its predecessors and more resistant to adverse weather conditions. Trials will begin in 2023, and if they prove successful, these weapons could be serving with frontline units within a decade. The program also includes research on a new radio frequency (microwave) weapons system that could be used to attack the enemy's computers and electronic networks.

Solid state laser weapons are of increasing interest to military planners because of their "limitless" magazine capacity and their suitability for anti-air, anti-missile and anti-surface applications. In the United States, Dynetics, Lockheed and UK-based Rolls Royce are developing a powerful 100 kW truck mounted laser (the High Energy Laser Tactical Vehicle Demonstrator) for the U.S. Army's Space and Missile Command. Lockheed is also working on a 60 kW-plus laser system for the U.S. Navy, dubbed HELIOS, which is intended to counter small surface craft and small drones. 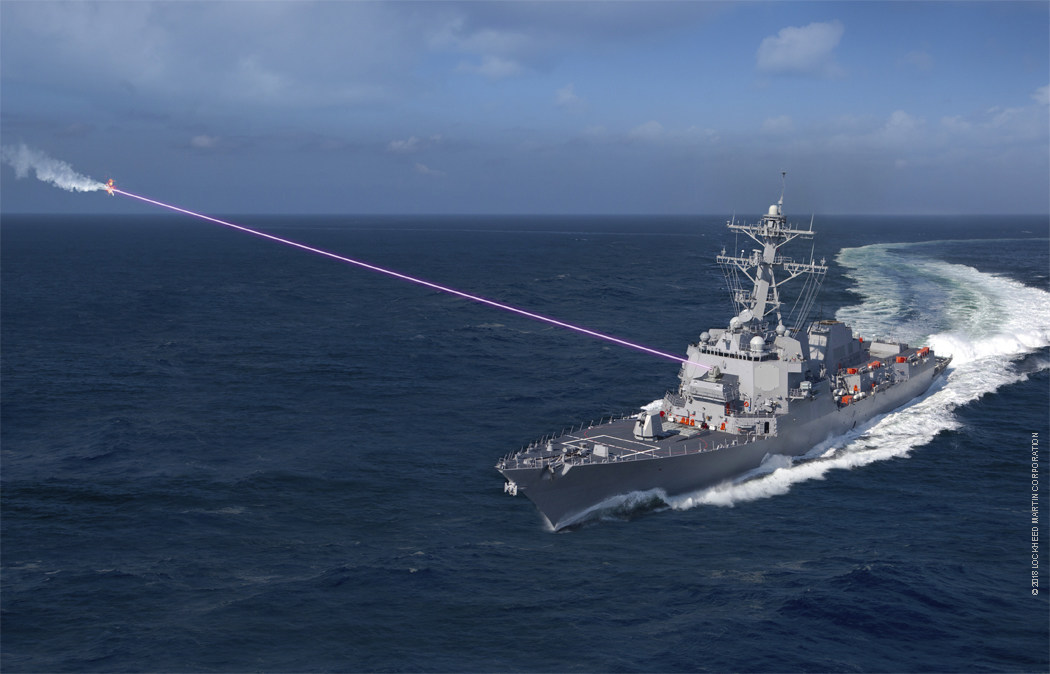 China is also developing and testing a tactical laser system for use in both shore-based and naval applications (below). State-owned broadcaster CCTV reports that it could be deployed aboard the PLA Navy's Type 055 destroyers in future years as an alternative to the HHQ-10 surface-to-air missile. 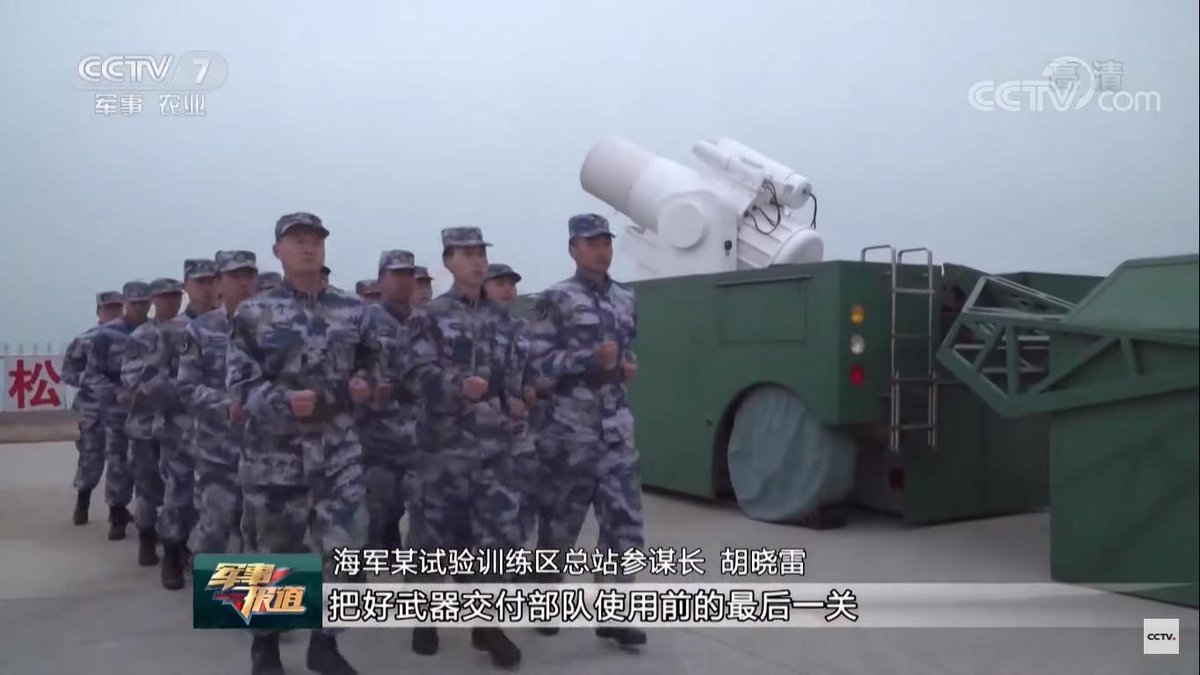