The U.S. Navy's Office of the Supervisor of Salvage is leading an effort to remove fuel oil from the sunken heavy cruiser Prinz Eugen, a WWII war prize that was used in the American atomic bomb tests at Bikini Atoll.

The Prinz Eugen was one of five Admiral Hipper-class cruisers built for Nazi Germany by the Germaniawerft yard in Kiel. She participated in the attack on HMS Hood in May 1941, but she spent much of the rest of the war undergoing repairs. After WWII drew to a close, she became an American war prize, and the U.S. Navy assigned her to become a test target for the Operation Crossroads nuclear tests.

Prinz Eugen stayed afloat through both of Operation Crossroads' nuclear blasts, despite her anchorage at a distance of just 1,200 yards from ground zero. The air burst shot, Test Able, inflicted little visible damage. The subsurface shot, Test Baker, caused leaks that would eventually sink her. Like most of the other vessels anchored at Bikini Atoll that summer, Prinz Eugen was left with irremediable radioactive contamination, making repairs or scrapping impossible. This invisible threat to sailors' health was serious enough that the Navy canceled its plans for a third test. 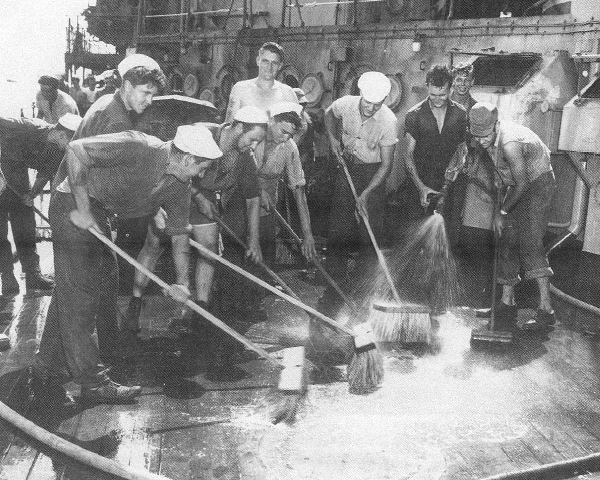 After Operation Crossroads, Prinz Eugen was towed to Kwajalein Atoll, where she eventually capsized and sank. Navy assessments indicate that she no longer poses any risk for radioactive contamination, but the U.S. Fish and Wildlife Service believes that she has about 2,800 tonnes of fuel still on board. Her fuel tanks were filled for the bomb tests, raising the risk of a petroleum release due to hull degradation, instability of the seabed, or storm damage.

The potential for an oil leak from the Prinz Eugen has been a concern for decades, especially since Kwajalein is now the U.S. Army's Ronald Reagan Ballistic Missile Test Site. The Republic of the Marshall Islands asked for U.S. assistance in remediating the wreck in 2010, but funding was not immediately forthcoming. However, this year, a joint U.S. Army - U.S. Navy effort for oil removal got under way. Navy divers aboard the Military Sealift Command salvage ship USNS Salvor are now working to pump off this petroleum using hot tapping methods. The product tanker Humber is taking on the extracted fuel, and the team expects to finish its work in October. 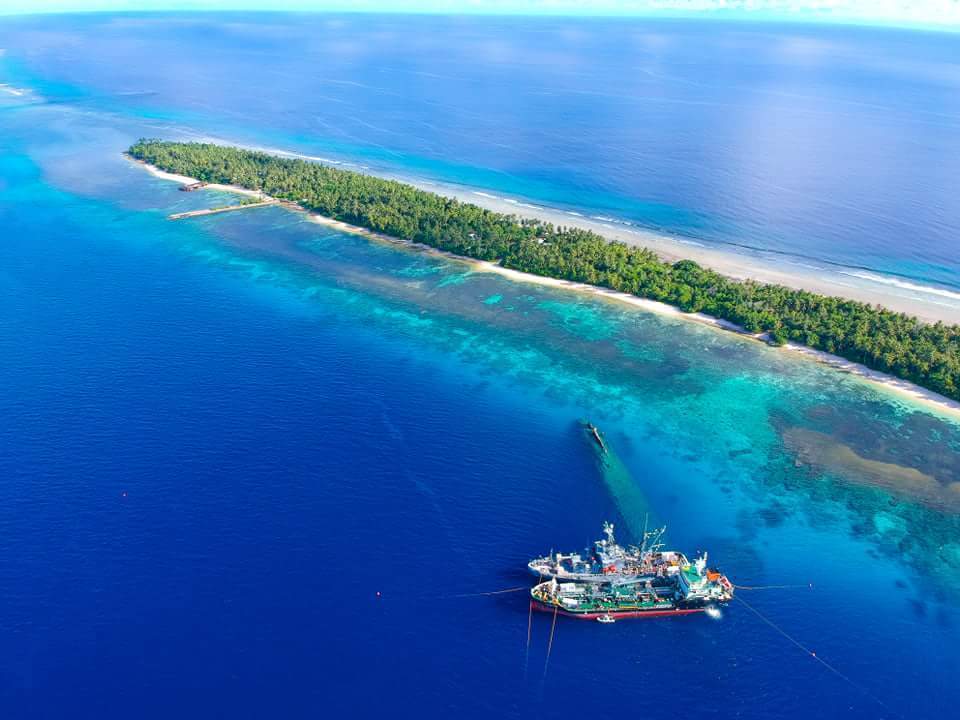 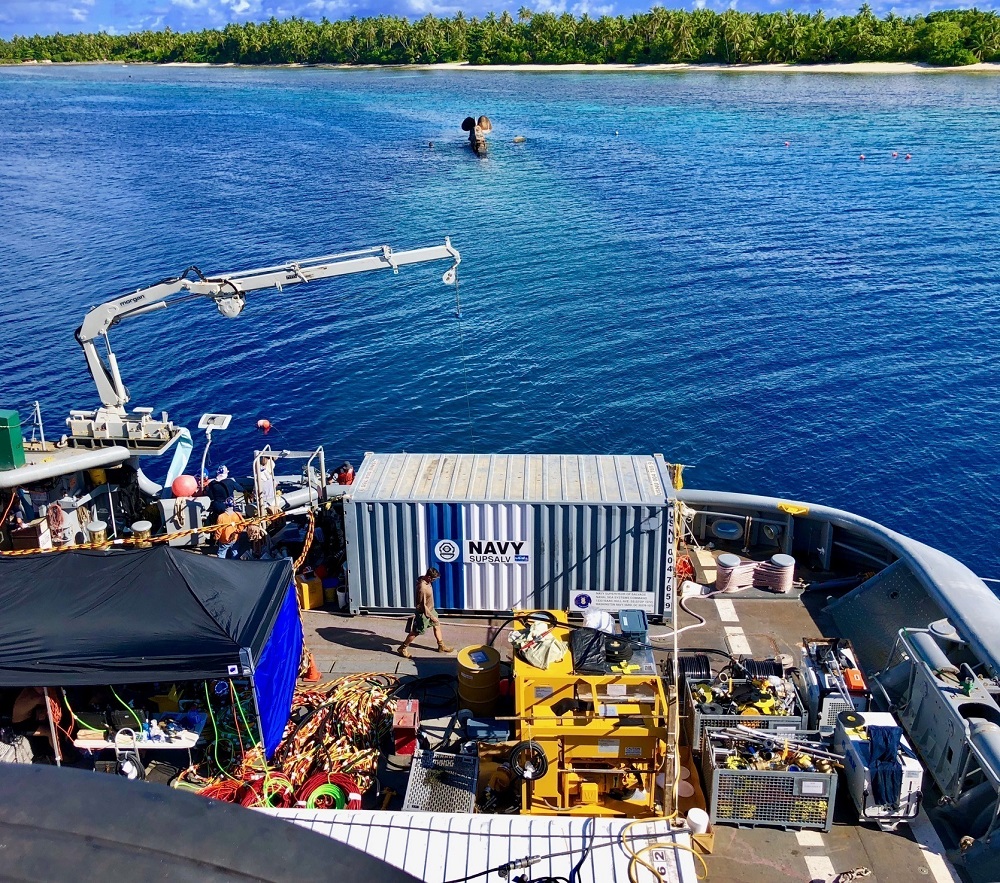 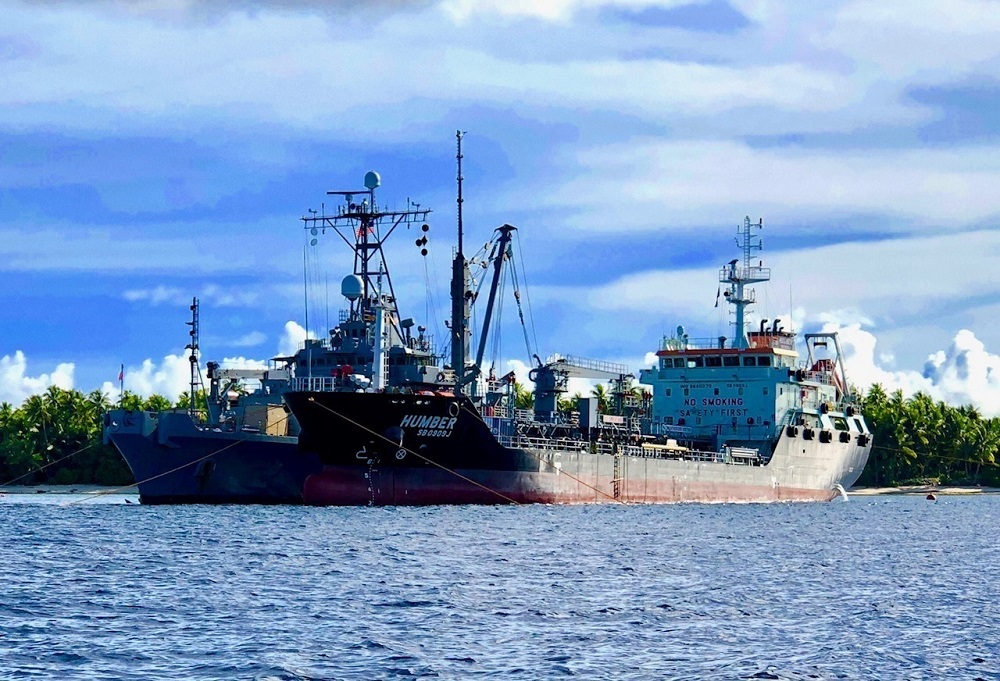