For the first time in a year and a half, the U.S. Navy has dispatched one of its two LCS variants on an overseas deployment. The Independence-class USS Montgomery departed her home port of San Diego last month and arrived Saturday in Davao City, the Philippines.

"My crew and I are very much looking forward to visiting Davao City," said her commanding officer, Cmdr. Edward A. Russo, in a statement prior to the port call. "Port visits allow us to demonstrate our commitment to maritime security in the region, while strengthening relationships with our friends, partners and allies."

Before deployment, USS Montgomery carried out advanced surface warfare training in the Eastern Pacific to test and prepare her sailors for combat operations. “SWATT is the culmination of a phased training approach which prepares our ships and our Sailors to win the fight,” said Capt. Matthew McGonigle, commander, Littoral Combat Ship Squadron ONE. “The Montgomery crew demonstrated that they are ready, capable and committed to meet the mission the Navy and our nation requires of them.” 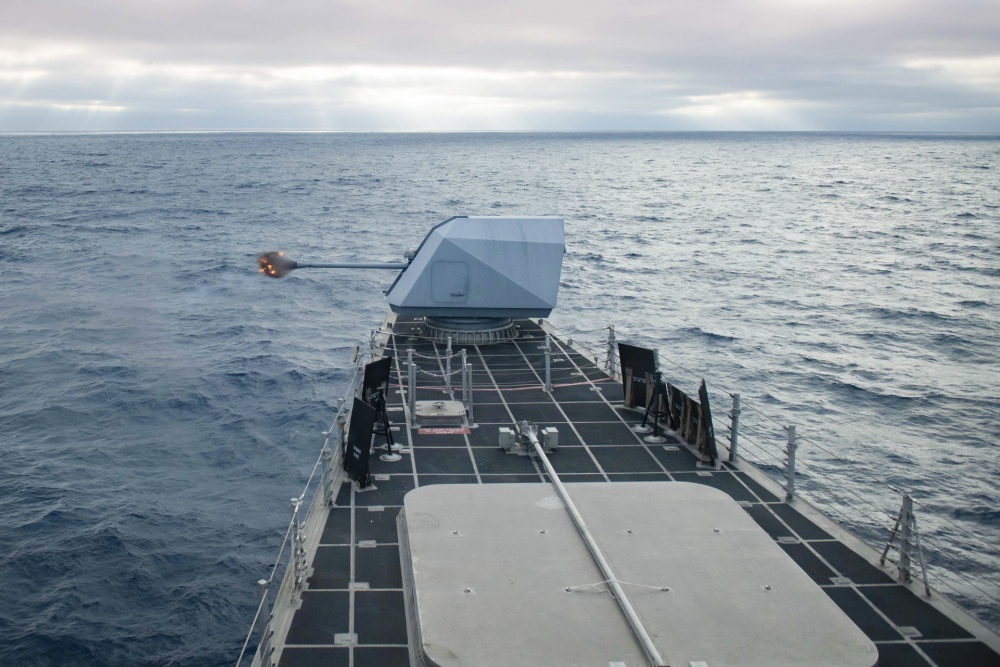 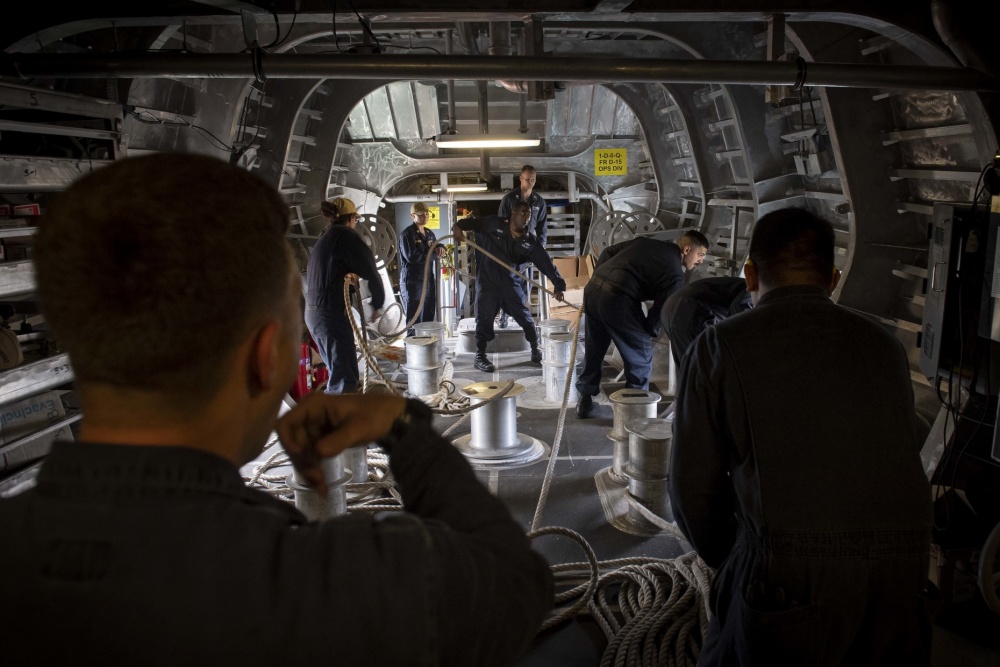 Linehandling inside the bow of the USS Montgomery, April 2019 (USN) 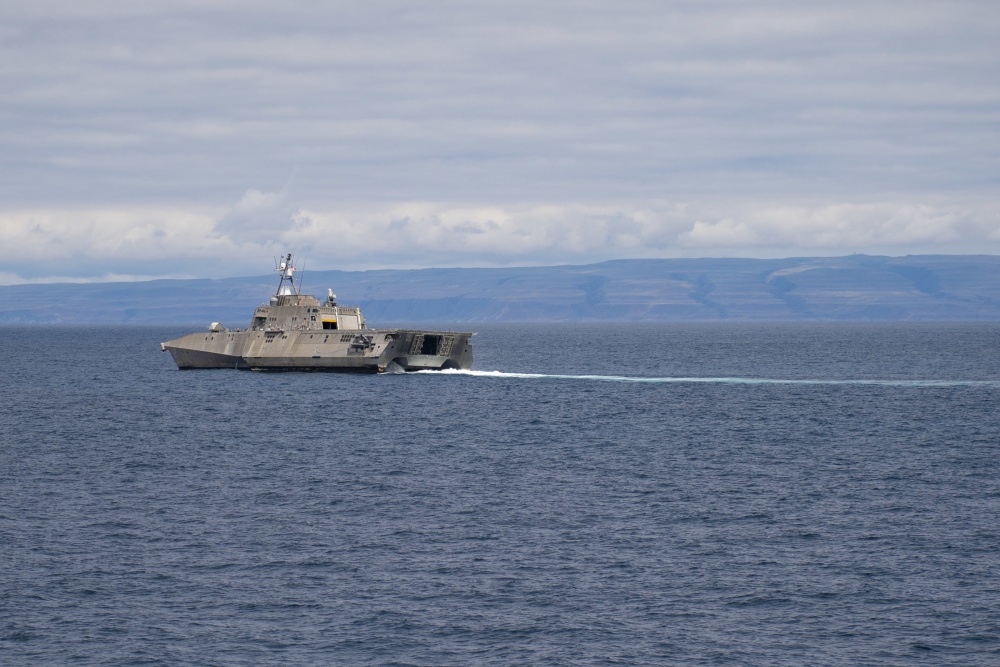 The two LCS classes have roughly 70 crewmembers on board - a fraction of the crew complement found aboard an Arleigh Burke-class destroyer - which means that each individual performs multiple tasks. The Navy initially intended to operate the ships with three crew teams for every two vessels, but has revised its plans in favor of an arrangement of two rotating crews per ship.

The service has made several significant alterations to its operating concept for the LCS. Repeated technical problems on both classes led the Navy to stand down all LCS crews in August 2016 – the first-ever stand down for a full class of vessels at once. All LCS personnel with a role in engineering were retrained, and the first four ships procured - two from each class, worth a combined $1.6 billion - were permanently restricted to "testing" duty. The stand down was soon lifted, but it has been more than a year and a half since an LCS deployed.

In September 2016, shortly after the stand-down, the newly-delivered USS Montgomery suffered two engine casualties. She transited to Naval Station Mayport for repairs, where she suffered a cracked hull and bent stringers after a severe collision with a tugboat.

The LCS was originally intended to carry one of a variety of "flexible" mission packages at a time, changing them out in port as needed, but the package development process is behind schedule and the changeout time is longer than expected. Instead, the Navy has assigned each four-ship LCS squad to a specific mission with a semi-permanent mission package to suit the designated role.

The Navy intends to phase out ordering for further LCS hulls next year. The fleet's remaining small surface combatant requirements will be filled by a new "future frigate" with a conventional array of armament, a lower top speed and greater survivability. An LCS-based platform is among the options under consideration.