As a devastating fire continued to burn aboard her near-sister ship, the amphib USS Bonhomme Richard, the new America-class amphib USS Tripoli was administratively commissioned Wednesday in Pascagoula, Mississippi.

Due to the risk of COVID-19, USS Tripoli was forced to cancel a port call in Pensacola, Florida for a traditional commissioning ceremony. Instead, she was commissioned by administrative message, and her crew raised the commissioning pennant on deck to mark the occasion.

“Tripoli is an example of the continued investment in our Navy, to increase and maintain our edge on the battlefield,” said Rear Adm. Philip E. Sobeck, commander of Expeditionary Strike Group Three. “Congratulations to Tripoli’s crew for all of your hard work, amidst these challenging times, to reach this milestone."

Tripoli's plank holding crew have already experienced a COVID-19 outbreak. The first crewmembers moved aboard in mid-March, and the virus began spreading on board soon after. When several sailors tested positive, about 630 crewmembers were moved off the ship into shoreside housing in order to limit the spread. The measures were successful, and the outbreak was limited to several dozen sailors, Vice Adm. Richard Brown of Naval Surface Force Pacific told Task & Purpose. 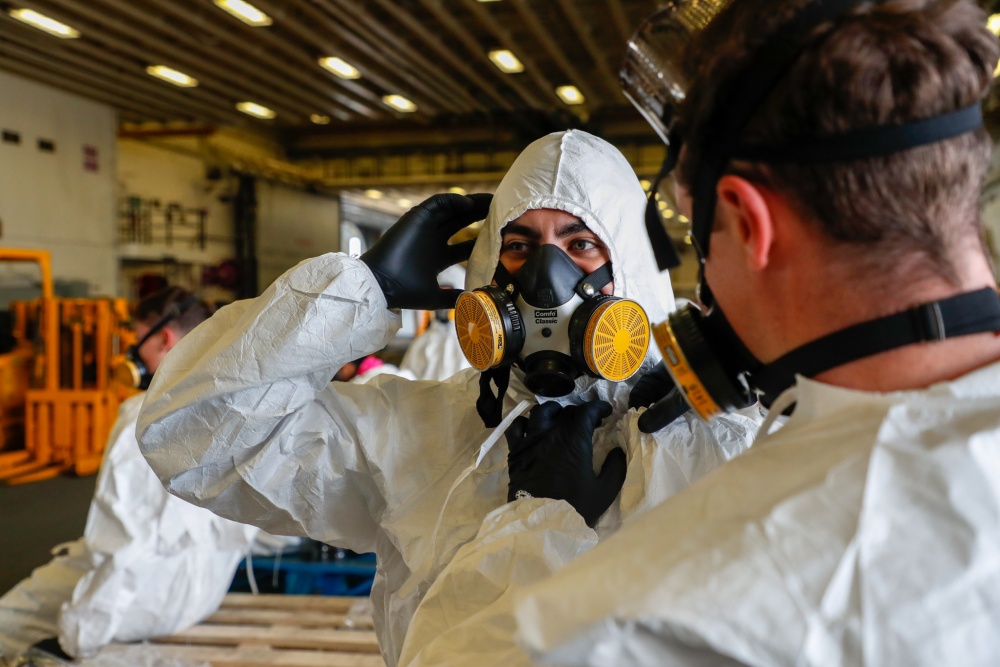 The Navy has since instituted strict rules about pre-boarding prevention measures. About 100 new Tripoli crewmembers have been housed at Keesler Air Force Base since June 30 for a required restriction of movement period. The base's medical staff have also provided testing for 900 members of Tripoli's crew.

“If housing and caring for 100 sailors for 18 days is what it takes to ensure the Navy’s newest vessel can leave and do what it is made for, it is simply an honor do so,” said U.S. Air Force Master Sgt. Christopher Gage, Komfort Cove flight chief.

Tripoli is set to get under way for her new home port, San Diego, shortly after her commissioning.

USS Tripoli's design is based upon the amphib USS Makin Island, which is itself derived from the same design as the USS Bonhomme Richard (the Wasp-class). While they bear a strong resemblance, other services would classify USS Tripoli as a light carrier rather than an amphib: unlike her predecessors, she has no well deck for launching waterborne amphibious assault vehicles, relying instead on vertical-takeoff aircraft to deliver Marines ashore. The extra space is devoted to supporting aircraft, particularly the advanced F-35B fighter jet. The Navy has altered course on this design choice, and Tripoli's successor (LHA 8) will be fitted with a small well deck. 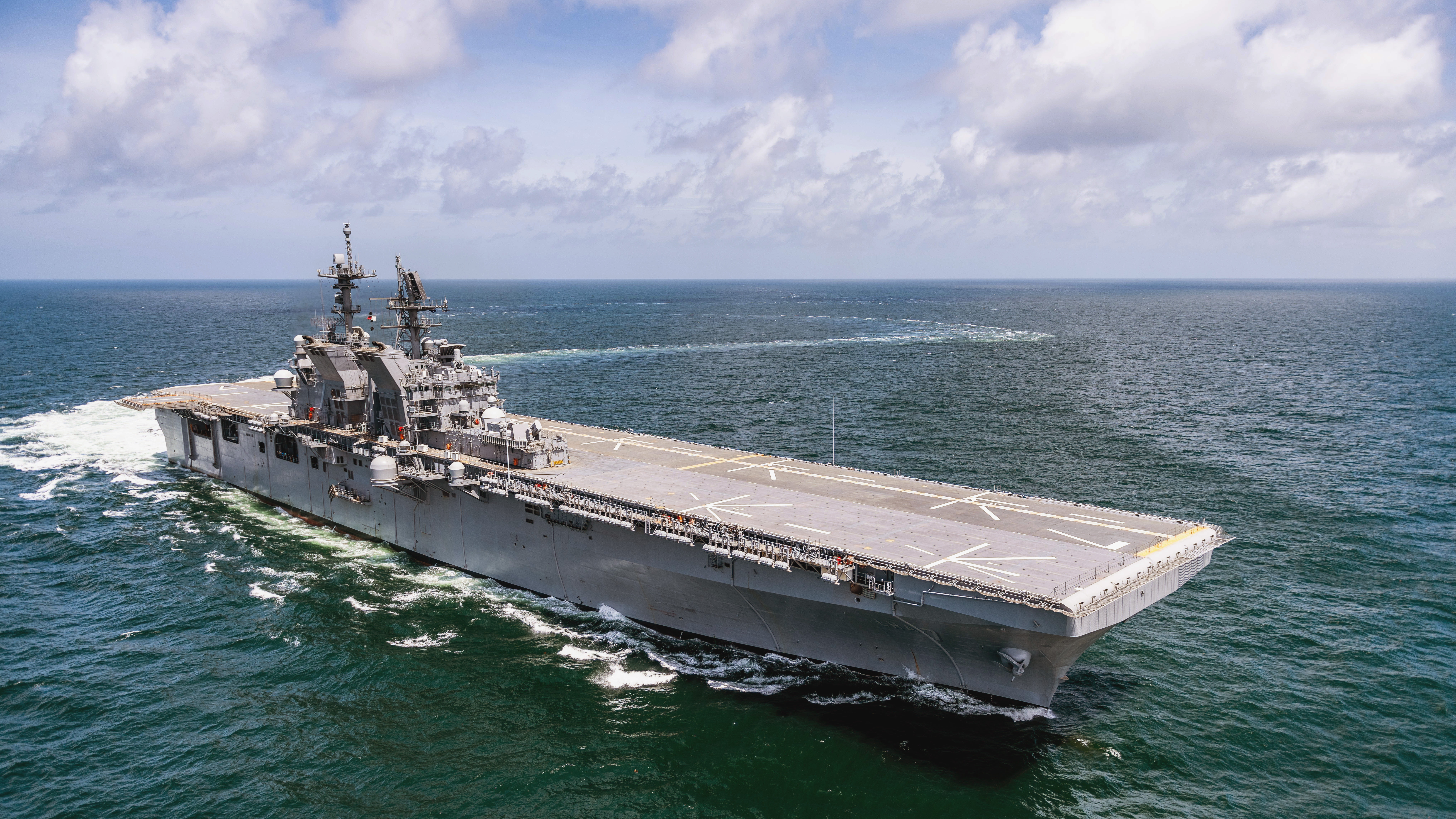