In the early hours of Sunday morning, a fishing boat encountered difficulty off the coast of the Isle of May. The boat had set sail from Eyemouth, 40 nm to the east of Edinburgh, at midnight Saturday for a night of fishing. She lost steering shortly after her departure, and when the crew shut down the engine to make repairs, they found that they were unable to restart it. Without propulsion or rudder control, they made a distress call to the UK Coastguard for assistance.

The RNLI crew based at the port of Anstruther was dispatched to give the fishing vessel a tow. It got under way and located the vessel northeast of the Isle of May. By about 0130 hours, the crew had established a towline and began to bring the boat back to safety at Pittenweem harbor. 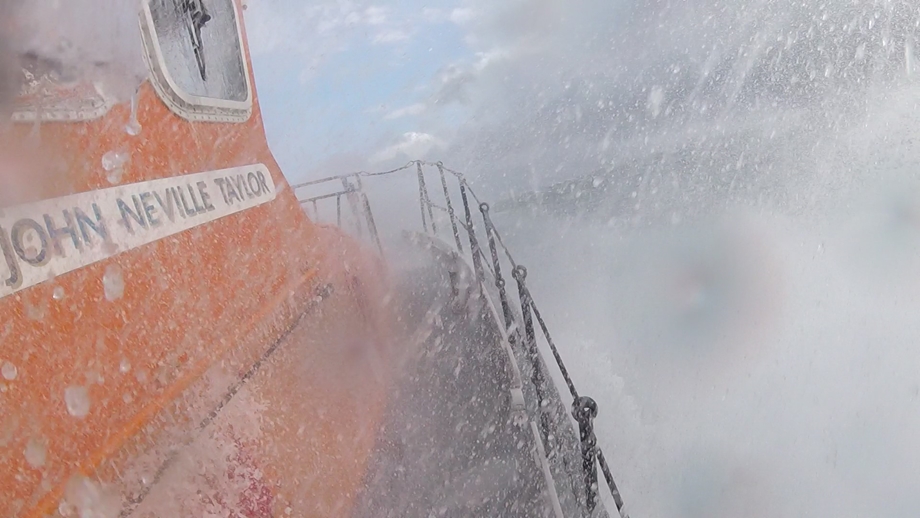 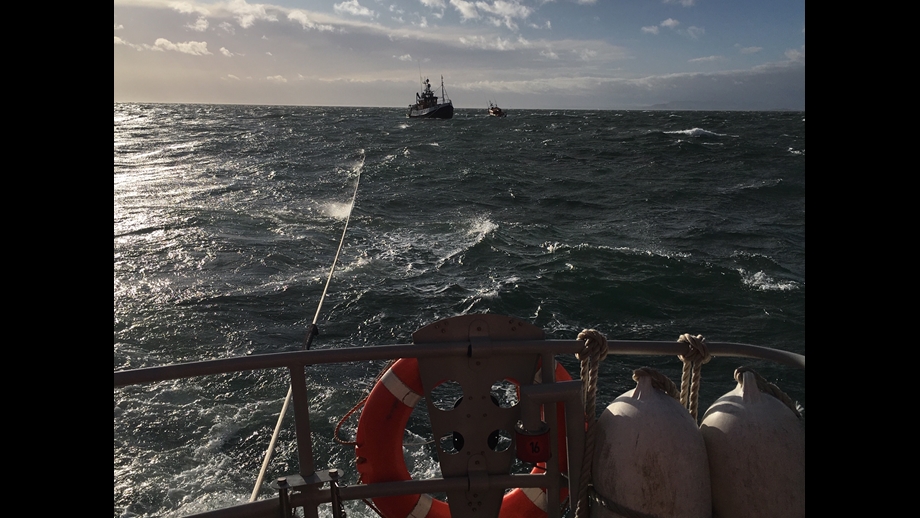 At 0225 hours, the Dunbar volunteer lifeboat crew was tasked with meeting up and assisting the Anstruther lifeboat. They got under way at about 0250 hours and rendezvoused a short while later. The Dunbar lifeboat is larger, and it took over the tow with a bit more power.

Tidal conditions meant that it would not be possible to bring the vessel into the Pittenweem harbor, the original destination, so the boats diverted for the port of Methil, where there would be a favorable tide at about 1100 hours. As they transited west towards Methil, conditions steadily worsened, with waves to ten feet and gusts of 50 knots due to the arrival of Storm Ciara. (The UK Met Office gives official names to severe winter storms.) Despite the challenging weather and sea state, the two crews safely brought the fishing vessel into the harbor just after 1100.

Dunbar deputy second coxswain Gordon Mackay said: “We were more than happy to assist our RNLI colleagues at Anstruther. It was a tricky job in challenging conditions and we were delighted it went well," said Dunbar deputy coxswan Gordon Mackay.

The RNLI is not like most lifesaving agencies: it operates as an independent charity with funding from donations, and its volunteers run nearly 240 lifeboat stations around the UK and Ireland.