The shipping industry is increasingly looking to methanol-fueled vessels as the next step in the transition away from traditional heavy fuel oil. While supplies of methanol do not currently support a large-scale conversion, interest grew when shipping major Maersk announced that t was accelerating its efforts to launch methanol-fueled vessels. While Maersk’s vessels remain years away from entering service, the methanol sector recently took two key steps with new vessels.

Methanol-fueled vessels took key steps forward at the shipyards in China and South Korea. Currently, there are only 13 dual-fueled methanol ocean-going vessels in operation around the world. The next ship in the sector was completed and delivered this week to Mitsui O.S.K. Lines (MOL), a firm that currently operates four of the only vessels and recently expanded its partnership with Methanex and Waterfront Shipping through an investment in the shipping operation. At the same time, in China, the first of the six methanol-fueled tankers being built for the joint venture between Proman and Stena Bulk and for Proman was launched.

MOL took delivery on the 49,999 dwt methanol carrier Capilano Sun built by Hyundai Mipo Dockyard in South Korea. The vessel, which can operate either on heavy oil or methanol, will be chartered by Waterfront Shipping Company under a long-term contract. It marks the 18th methanol carrier in MOL’s fleet. The vessel, which is 610 feet long has a tank capacity of more than 52,000 cm and is part of an ongoing expansion of Waterfront’s methanol fleet. 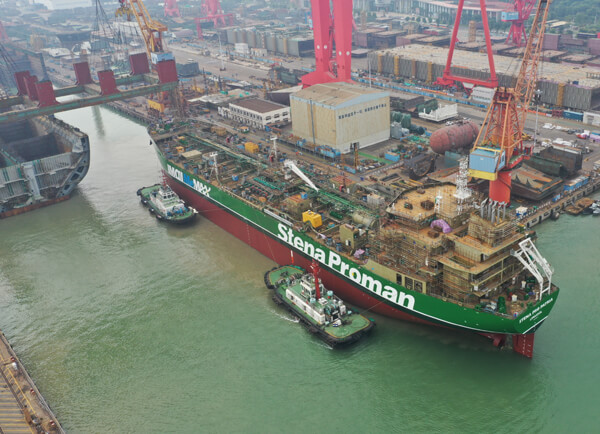 At Guangzhou Shipyard International that launch took place for the first methanol dual-fuel vessel built in China. Due for delivery in the first quarter of 2022, the 600-foot Stena Pro Patria is the first of three 49,000 dwt tankers that will operate under the joint venture between Proman and Stena Bulk. Three additional vessels will also be delivered by the end of 2023, owned by Proman.

In July 2021, Maersk announced an order for its first methanol-fueled vessel, a 2,100 TEU feeder ship to be built by Hyundai Mipo and delivered in 2023. Maersk also ordered four 16,000 TEU containerships from Hyundai to be delivered in 2024 with an optional four more vessels to follow in 2025.

The progress on these vessels will be closely followed as the industry looks to learn from the leading edge in methanol-fueled ships. 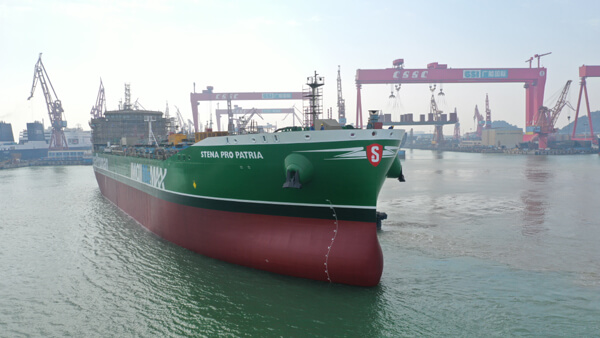