Tug Due to Arrive to Assist Bulker Grounded in the Maldives

[Brief] A tugboat from Sri Lanka was due to arrive in the Maldives today, August 23, to assist in the operation to refloat a Greek managed bulker that went aground late last week. No injuries or environmental damage has been reported from the grounding as local authorities work to refloat the vessel.

The 58,735 dwt Panama registered Navios Amaryllis reported to local authorities on August 19 that the vessel had grounded on a reef. The managers for the vessel, Navios Maritime Partners of Greece confirmed the reports of the grounding and said that the nine Filipino crew members aboard were safe. A full damage assessment was reported to be underway including focusing on the refloating of the bulker which was traveling empty from India to South Africa at the time of the grounding. Navios said that there were no signs that the vessel’s water tightness had been compromised nor any pollution.

The Maldives National Defence Force (MNDF) reported that it was alongside the vessel and working with the owners and agents. There was no confirmation of the cause of the grounding although media reports indicated that the vessel might have suffered an engine failure before the grounding.

The Navios Amaryllis is a 13-year-old bulker. She is 623 feet long.

Reports are that once the tug arrives from Sri Lanka they will attempt to refloat the bulker. 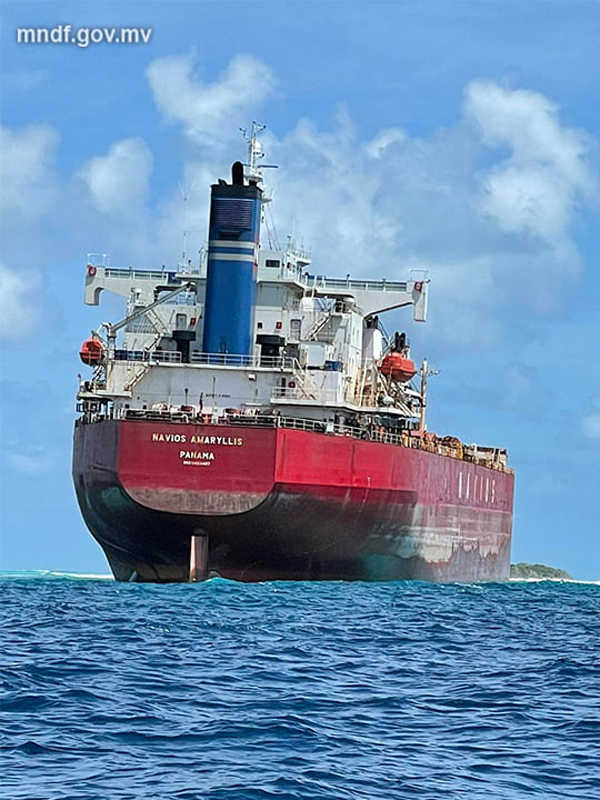 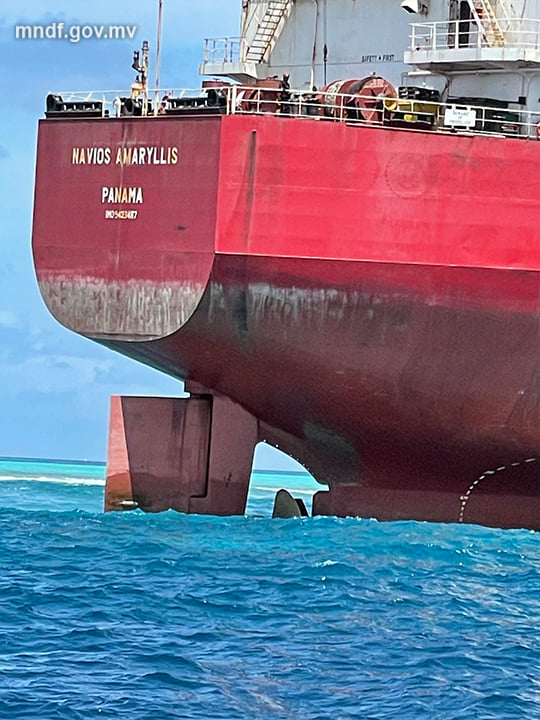