An investigation conducted by the Transportation Safety Board of Canada (TSB) has determined that an improper linehandling arrangement led to the fall of a rescue boat from the passenger ferry Queen of Cumberland in Swartz Bay, British Columbia last year.

On April 18, 2018, the crew members on the Queen of Cumberland were engaged in a lifeboat drill as part of an annual class inspection, and they were using the davit to raise the vessel’s rescue boat. The engine room attendant (ERA) was assigned to tend the painter, which had two length markings on it in black tape. The vessel's senior master was aboard for the class inspection, and he and instructed the ERA to make the painter fast on the shorter of the two markings, giving a length that was suitable for aligning the rescue boat under the davit at water level.

As the boat was hoisted out of the water and above the main deck level where the cleat was made off, the line drew taut and began to pull the boat to one side. This side load caused the single hoisting cable to get pinched between the davit's main sheave and a cable retainer. The cable parted, and the boat and the two crewmembers in it fell 35 feet into the water.
Both crewmembers were injured, one of them seriously, and the rescue boat was damaged. 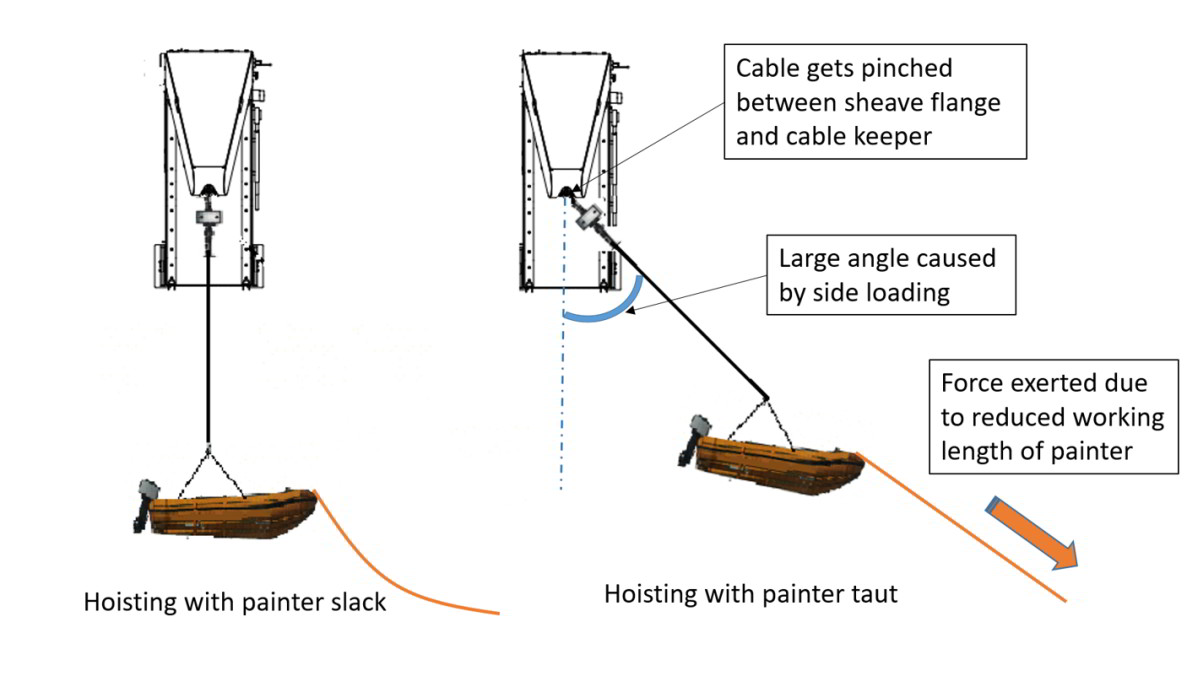 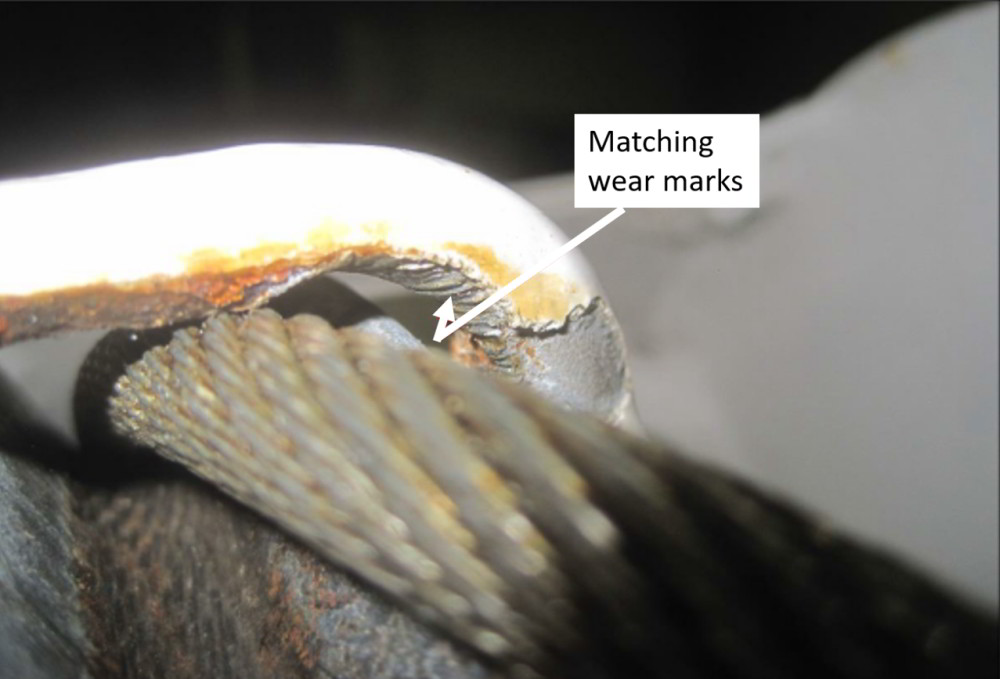 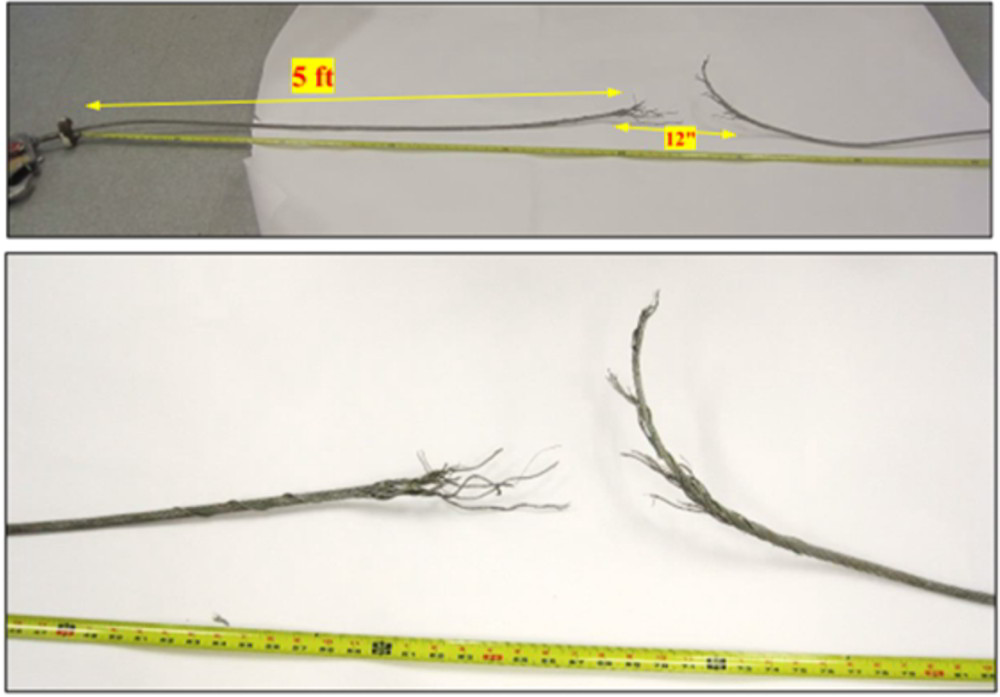 A mid-life upgrade to the Cumberland in 2016 altered her rescue boat davit arrangements, and investigators found that the vessel's operating procedures had not been updated to match. This may have increased the risk of an accident, the TSB determined.

BC Ferries has since undertaken a review of its rescue boat operations. It has changed its policies to prohibit crewmembers from riding in the rescue boat as it is lowered away or hoisted aboard in a drill, though they may when it is launched in an emergency setting.