The semisubmersible rig Transocean Enabler has been tasked with drilling a new carbon injection well for the Equinor/Shell/TotalEnergies carbon storage project in the Norwegian North Sea, Northern Lights.

The Enabler is under contract to Equinor through 2024 for offshore oil E&P projects, and its tasking for Northern Lights will take place under its existing contract.

“Beyond our core business of drilling ultra-deepwater and harsh environment wells, this is an excellent example of how we can further leverage our rigs and core competencies in support of renewable and alternative energy projects in offshore markets across the globe," said Transocean's VP of HR, Sustainability and Communications, Janelle Daniels. “We are proud to participate in this important carbon capture and storage project." 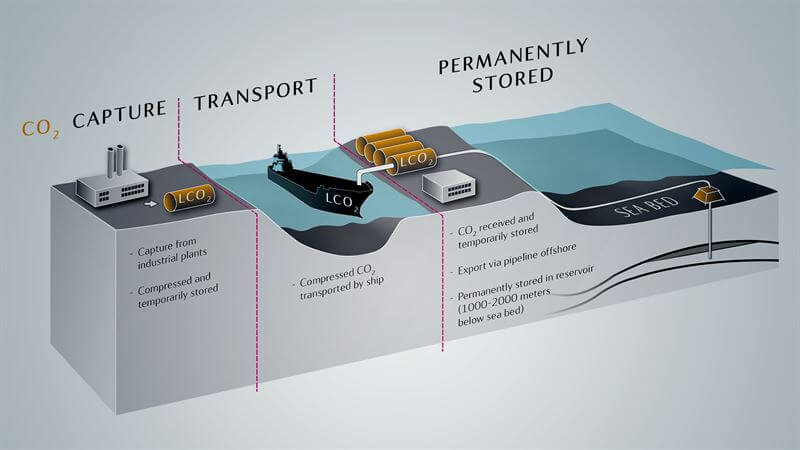 Upon its completion, the Northern Lights CO2 transport and storage infrastructure network will offer companies a way to store captured carbon dioxide permanently underground. It is designated a Project of Common Interest in the EU - that is, a major cross-border infrastructure program serving the EU’s energy policy and climate objectives.

Northern Lights is the transport and storage component of a larger Norwegian project, Longship, for sequestering carbon from large industrial emitters. The captured CO2 will be shipped from industrial capture sites to a terminal in Øygarden, Norway for intermediate storage before being transported by pipeline for permanent storage in a reservoir 2600 meters under the seabed. Work on the terminal site is well under way, according to Northern Lights.

Here is a video that took us a year to make!
The Northern Lights CO2 transport and storage project has progressed well this year. At the Øygarden receiving terminal you can really see the difference. #CO2storage pic.twitter.com/wjwOMfHGj9

With backing from the Norwegian government, phase one of the project will be completed mid-2024, and will begin operations with a capacity of up to 1.5 million tons of CO2 per year. Two purpose-built CO2 carriers have been ordered from Dalian Shipbuilding Industry Co. (DSIC) and will deliver in time to serve the newly-opened network.

“The use of ships will enable the development of a flexible and efficient European infrastructure network for transport of CO2 captured by our industrial customers, keeping costs as low as possible to help decarbonization scale up,” said Børre Jacobsen, Managing Director of Northern Lights, in a statement last year.