On Wednesday, more than a dozen people were injured when a tornado struck an on-base RV park at Naval Submarine Base Kings Bay, one of the U.S. Navy's key nuclear submarine sustainment and repair facilities.

The class EF-2 tornado touched down with winds approaching 130 mph at about 1800 hours Wednesday evening. 12 recreational vehicles were damaged or destroyed, and at least 17 people sustained non-life-threatening injuries, according to the National Weather Service. Some of the RVs were inverted, and one was thrown into a nearby lake by the high winds.

All personnel who were staying at the RV park have been accounted for, according to the Navy, and an assistance hotline has been set up for survivors. The RV park provided long-term housing for some of the base's civilian employees, like Charles and Missy Lattanzie, a Kings Bay couple who lost their home and many of their belongings, according to the base command. 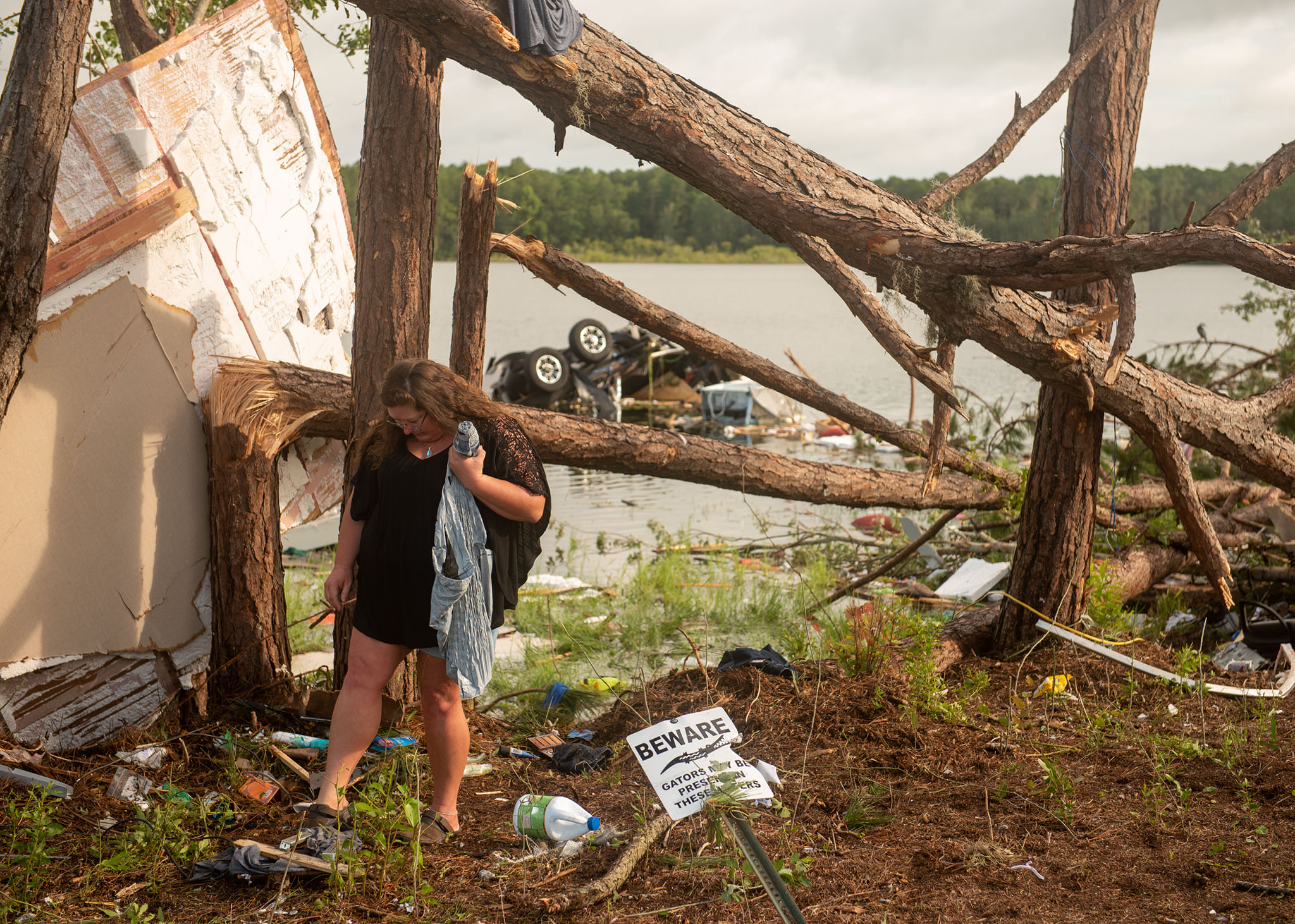 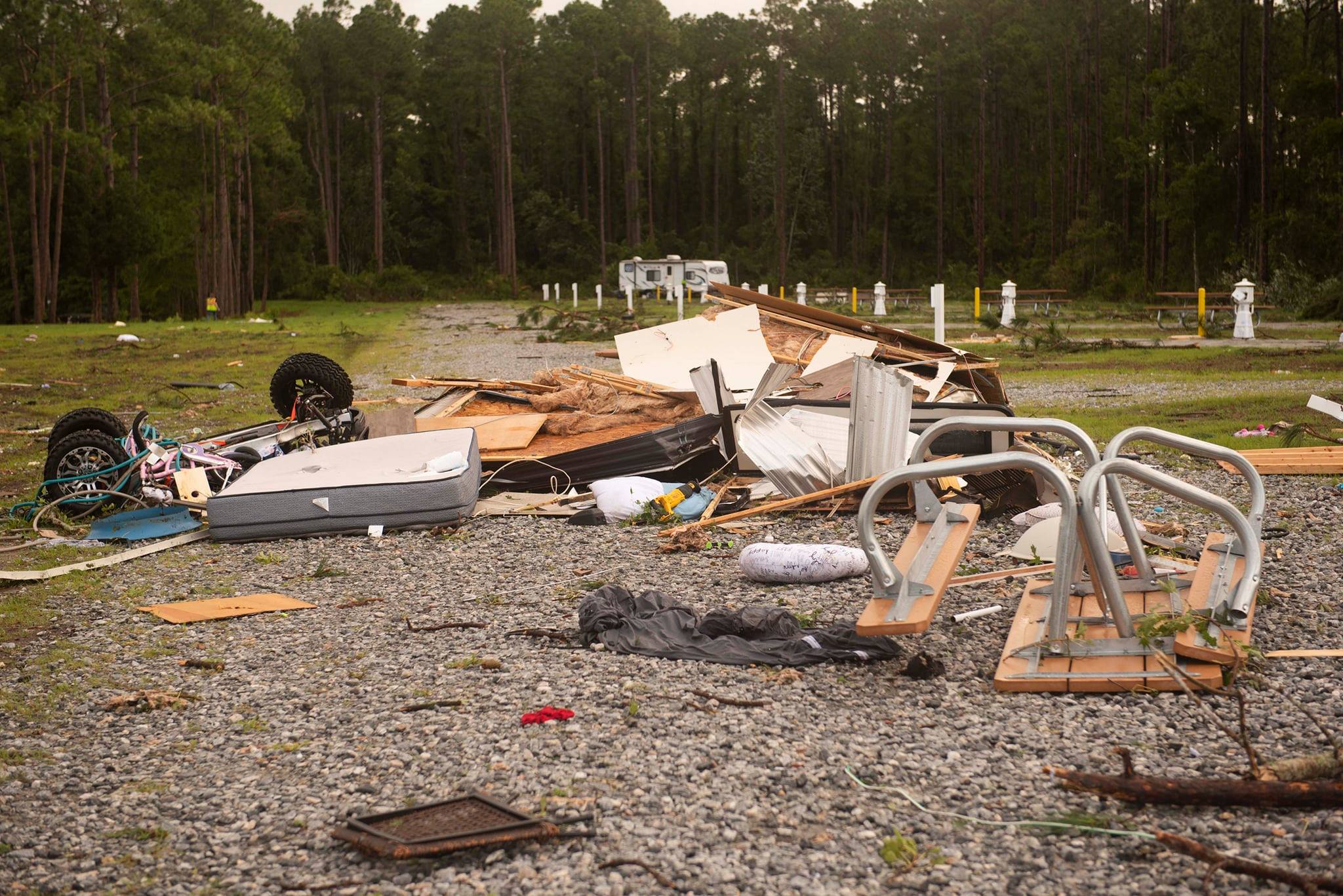 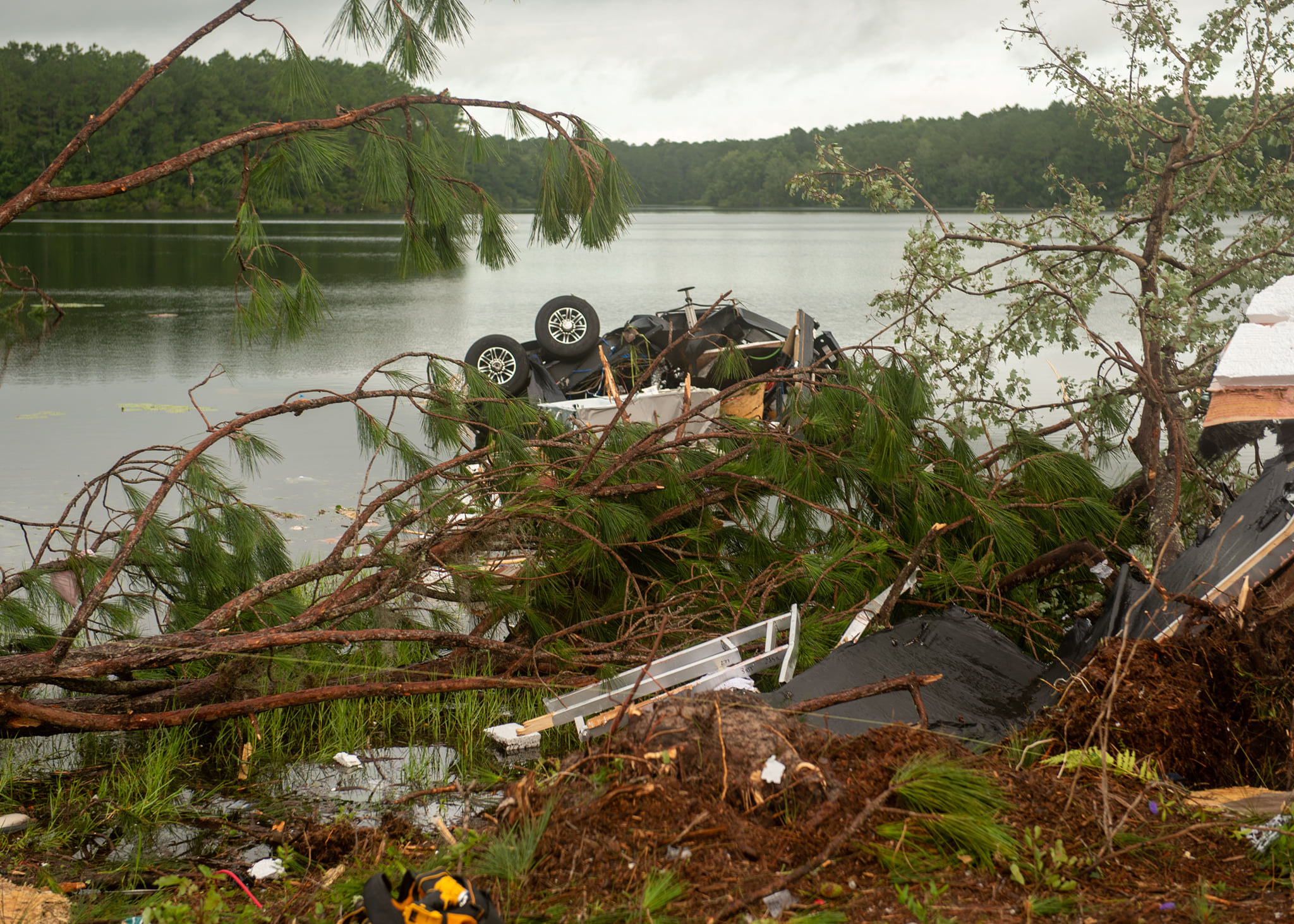 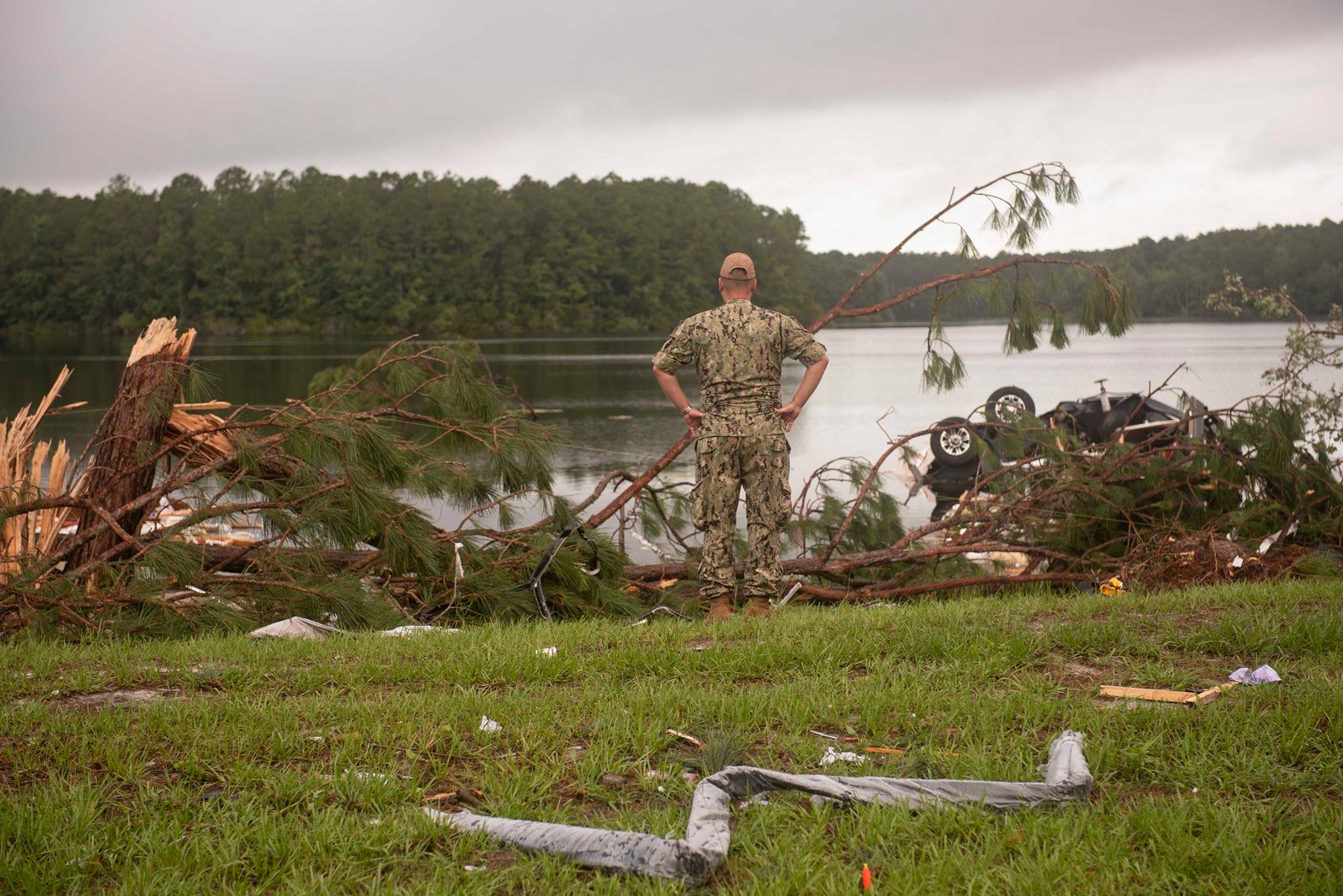 Other base buildings and structures also sustained damage when the tornado carved a three-mile long, 200-yard wide track through the installation, but there was no harm to "any sensitive military asset or submarine," the command reported.

On the same day, at nearby Naval Air Station Jacksonville, one sailor was killed when a tree fell on his car as Tropical Storm Elsa passed over the region. The victim's family has identified him as Deshawn Johnson, a sailor assigned to a P-8A Poseidon reconnaissance aircraft squadron at the base.

"It is with a heavy heart we can confirm that a Sailor assigned to Patrol and Reconnaissance Squadron 16 died after the service member’s car was struck by a tree. Initial reports suggest that the tree fell as a result of severe weather associated with Tropical Storm Elsa. Our thoughts and condolences are with the family, friends, and squadron of our Sailor," the Navy confirmed in a statement.