The U.S. Coast Guard is conducting pollution assessment of the Maumee River following a fire on board a vessel at the CSX Torco terminal in the Port of Toledo, Oregon, on Saturday.

The fire was located on the stern of the St. Clair, a 762-foot vessel moored in the Port of Toledo for winter season repairs. No one was on board, and there was no cargo on the vessel at the time of the fire, which is currently under control. Preventative measures continue on adjacent ships using water-cooling techniques.

Eight local fire departments are involved. The fire was combated mostly with water from water tank trucks. Aqueous Film Forming Foam (AFFF) was also used overnight and will be cleaned up by vacuum trucks.

A helicopter crew and a pollution responder, on board a helicopter from Coast Guard Air Station Detroit, conducted an aerial observation of the area at first light on Sunday and determined there was no pollution in the Maumee River.

The American Steamship Company, owner of the vessel, has contacted the National Response Corporation which has contracted Marine Pollution Control to be on scene and ready to respond to any possible pollution.

The St. Clair was built by Bay Shipbuilding and entered service in May 1976. She is used for the long-haul transport of iron ore pellets, coal and limestone on the Great Lakes. 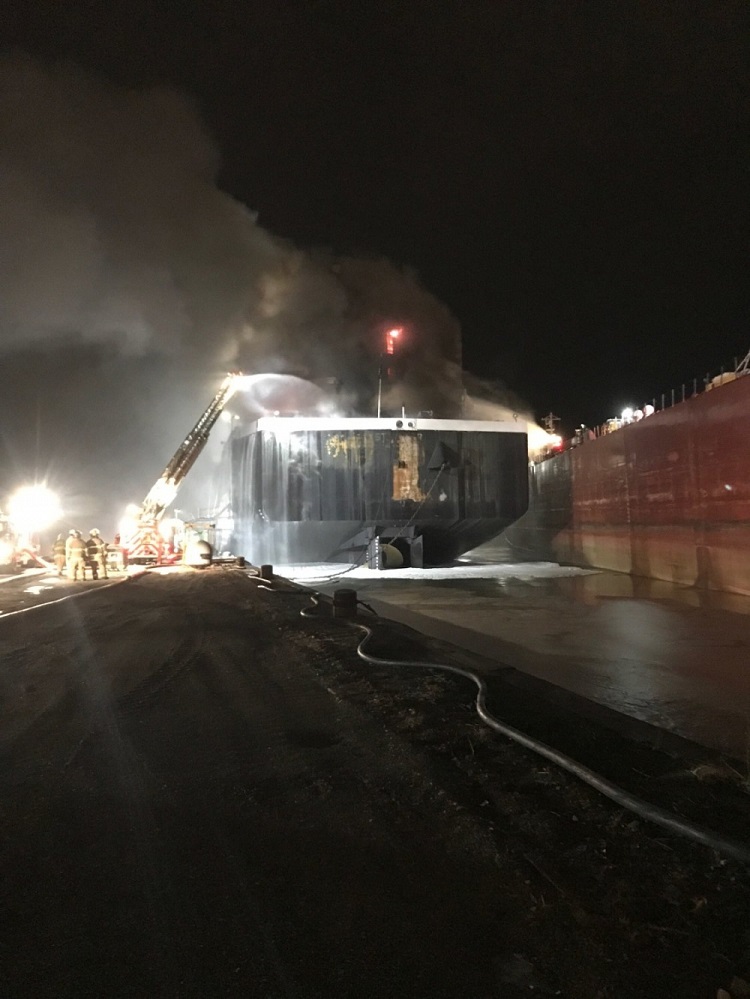