Despina Panayiotou Theodosiou, co-CEO of Tototheo Maritime, has been re-elected for a second term as Women's International Shipping and Trading Association (WISTA) International President during the association’s 39th Annual General Meeting, held in the Cayman Islands on October 30, 2019.

Theodosiou served as WISTA International Secretary before being elected president in 2017. She is also a founder of WISTA Cyprus and serves on the Board of the Cyprus Shipping Chamber, Cyprus Employers & Industrialists Federation and the Cyprus Maritime Academy.

"I am honored to be re-elected to a second term as President of WISTA International," said Theodosiou. "2020 will be another exciting year for WISTA around the world, and I'm looking forward to continuing the momentum. WISTA is committed to creating change in the industry and leading by example. It is important for us to focus toward the breadth of potential solutions and answers that diversity can bring us.

“As 2019 draws to a close, I can already look back and see the work we have achieved within WISTA International and the amount of work and energy put by national WISTA associations around the world. We should all be proud of what we have achieved over the years,” said Theodosiou. “In the coming years we must make sure we continue to encourage, help and create opportunities. The goal of diversity is to create a level playing field of opportunity for all.”

"WISTA plays an increasingly important role in giving women a voice in the future of our industry," said Anagnostis-Irons. "It is an honor to be elected as Secretary, representing the interests of female professionals in nearly 50 countries."

"I am very honored and excited to be able to serve this association, which shares the values that I believe are essential to face the challenges of our society: professional, dynamic, open-minded and committed," said Martins.

Naa Densua Aryeetey (WISTA Ghana), Head, Shipper's Services & Trade Facilitation, Ghana Shippers' Authority, was re-elected to a third term as a Board Member. Aryeetey has served on the Executive Committee since 2015, facilitating development and collaboration throughout the African region, including the re-activation of WISTA South Africa earlier this year.

"My re-election as Chair of the African Region is a testament to the work WISTA International is doing in Africa, reaching out to women in maritime and trade," said Aryeetey. 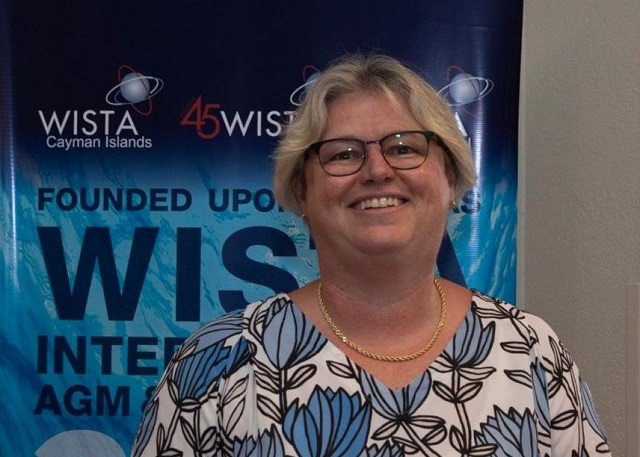 Representing more than 3,000 members in 49 countries around the world, WISTA promotes increased competency, knowledge and development for women in the maritime industry. WISTA International members work in all sectors of the maritime industry, including finance, ship building, seafarers, governing and regulatory bodies, brokers and more. The International body meets annually to vote on protocols, guidelines and strategic direction.

30 were represented at the 2019 International Annual Meeting. More than 200 individuals attended the parallel conference "Founded Upon The Seas" hosted by WISTA Cayman Islands.