The Hellenic Coast Guard and Greek emergency-response agencies have saved one additional survivor from the burning ro/ro Euroferry Olympia. The man spent two days trapped in a vehicle hold before making his way abovedecks on Sunday, and he was rescued from the ship's port quarter.

The survivor, a 21-year-old truck driver from Belarus, told Greek outlet Protothema that he had been sleeping in the cab of his truck when the fire broke out. He woke after the blaze had started, and he said that initially he could not find a safe escape route. The temperature in the hold rose, and he decided to wait it out. "I stayed for two days and turned on the truck lights sporadically to see what was happening, because I was afraid that the garage I was in would catch fire," he said.

On Sunday, the temperature in the hold seemed to be coming down again. He decided to attempt an escape, and he found an emergency exit that led up to the deck. Rescuers evacuated him from the ship and brought him safely to emergency services on shore. A medical exam found that he was dehydrated but otherwise unharmed.

Separately, responders also located the body of a Greek truck driver in an adjacent vehicle hold. The victim was identified as Evangelos Malesiadas, 58. 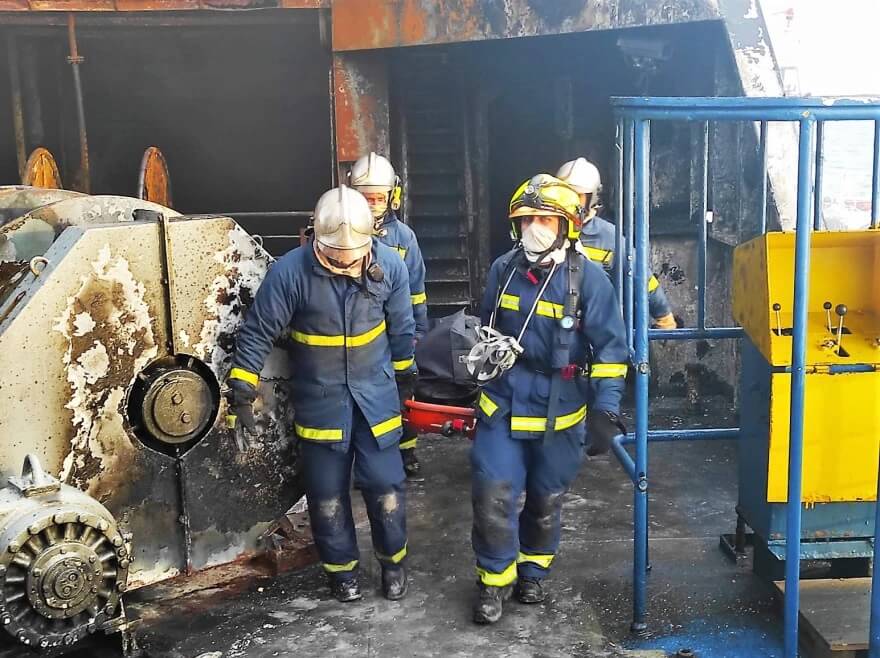 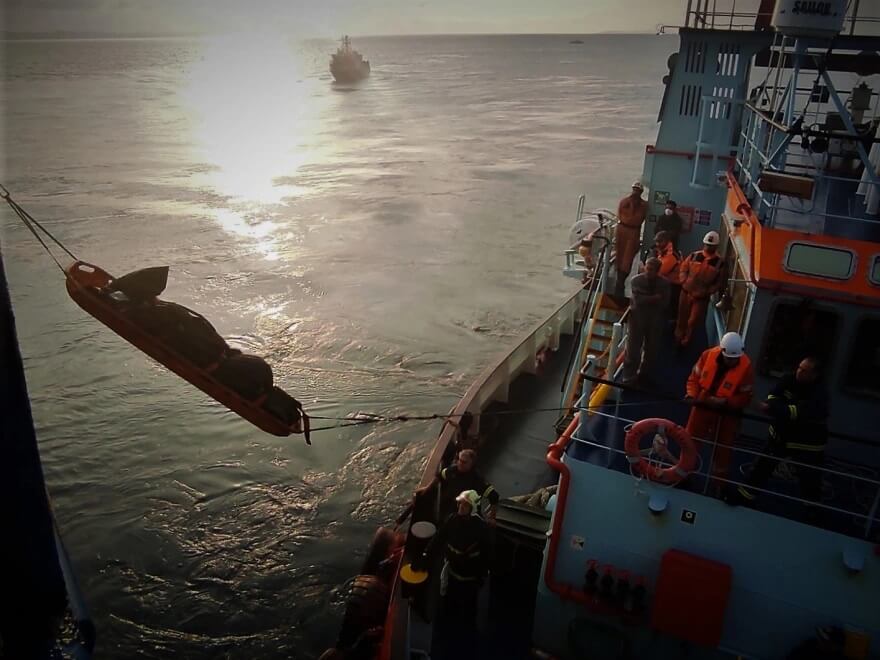 10 people remain missing, and the Hellenic Coast Guard says that there is hope that some of them may still be alive in compartments belowdecks. The survivor who escaped on Sunday reported hearing voices inside the ship.

The 27-year-old Euroferry Olympia caught fire on Friday morning on a voyage from the port of Igoumenitsa of the west coast of Greece to the port of Brindisi, Italy. In addition to passengers and crew, she was carrying about 150 commercial vehicles and 30 cars. The fire broke out at about 0400 hours as the vessel passed Corfu, and it spread quickly.

The ship has been towed to a sheltered harbor at Corfu, where firefighting is still under way. There are no signs of pollution, and the Hellenic Coast Guard says that the vessel's stability is within safe margins, though she has taken on a slight list due to the accumulation of firefighting water.

The cause of the fire is unknown, but a spokesperson for operator Grimaldi said Friday that there are indications that the fire started in one of the ship's vehicle holds.