The U.S. Coast Guard is helping local authorities with emergency response efforts after Tropical Depression Imelda dumped dozens of inches of rain near Beaumont, Texas. Vessel traffic on the busy Beaumont Ship Channel has halted due to the severe storm conditions, the USCG said, and ExxonMobil's Beaumont petrochemical plant has temporarily closed.

Shallow water response teams from Marine Safety Unit Baton Rouge as well as helicopters from Air Station Houston are on standby to respond to requests for assistance. Coast Guard members are staged in the service's emergency operations centers in Jefferson County, Harris County and the City of Houston. 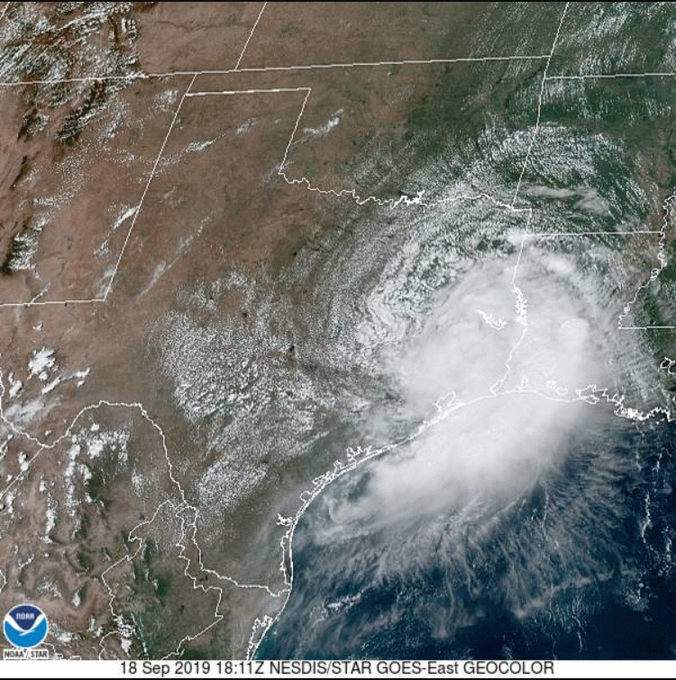 The Coast Guard advised people in distress to use 911 to request assistance, not social media, as response agencies may not be able to monitor all social media platforms during a large-scale rescue event.

The heavy weather has led to severe flash flooding in some areas, creating what the National Weather Service's Houston office described as "an incredibly dangerous, life-threatening situation." The region was hit hard by extreme rain and flooding during Hurricane Harvey in 2017, and Imelda created even more severe conditions in some areas, according to local first responders. Residents in the worst-affected localities have been advised to stay in their homes and avoid attempting to travel on flooded streets.

Isolated flooding may continue through the weekend: the National Weather Service has a flood warning in effect for the San Jacinto River near Baytown until midday on Monday.