The decommissioned carrier USS Kitty Hawk has departed Bremerton, Washington for a scrapyard in Brownsville, Texas. She will be taking the long way around, as she is too large to fit through the Panama Canal.

The vessel had her hull cleaned at Puget Sound Naval Shipyard to remove fouling prior to transit. Still, the speed of the tow will be low, and the 16,000-mile final voyage will take up to four months - a far cry from the 30-knot pace she used to muster with her steam turbines.

Two groups had lobbied the Navy to donate Kitty Hawk for use as a museum ship, but the effort was not successful. In October, International Shipbreaking Ltd. of Brownsville won the contract to demolish Kitty Hawk and near-sister ship USS John F. Kennedy for the amount of $0.01 each.

The vessels will be scrapped and recycled in a secure facility. For former Kitty Hawk crewmembers and naval enthusiasts, International says that it will have challenge coins created from the brass scrap removed from the ship and will make these available for sale, along with 3x5" sections of steel plate from the hull. There will also be a commemorative ceremony at the end of the demolition project.

The carrier has a storied history. She was delivered in 1961 by New York Shipbuilding Corporation and decommissioned in 2009 after nearly 49 years of service. Though she was the first vessel in her class, she outlasted all three of the follow-on vessels - Constellation, America and John F. Kennedy - to become the last conventionally-powered carrier in operation in the U.S. Navy.

Over the span of her career, Kitty Hawk had multiple combat deployments. Her first combat flights over Vietnam began in November 1965, and she rotated in and out of combat operations "on the line" in the Gulf of Tonkin through 1972. During that period, her air wing flew tens of thousands of sorties against Vietnamese forces, delivering millions of pounds of ordnance. The ship received the Presidential Unit Citation for her role in beating back the Tet Offensive in 1968. 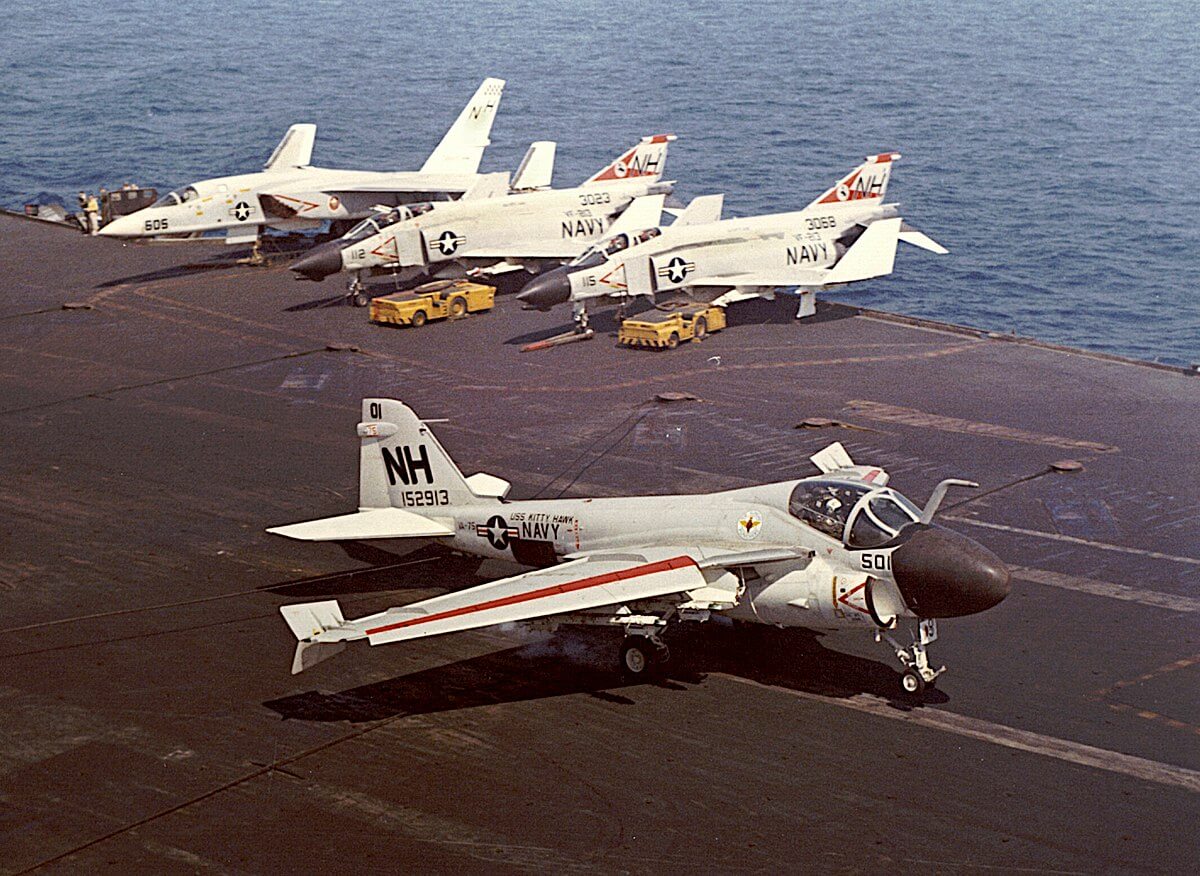 An A-6 Intruder lands on Kitty Hawk's flight deck off Vietnam, March 1968 (USN)

In October 1972, towards the end of her participation in the Vietnam War, a race riot broke out on board Kitty Hawk. After a series of run-ins between black and white members of the crew, a group of black crewmembers armed themselves with makeshift weapons and assaulted their crewmates. In all, 50-60 crewmembers were injured, and three were medevaced for treatment. The riot was widely covered in the media and led to an acceleration of the racial reforms begun by then-CNO Adm. Elmo Zumwalt.

Kitty Hawk's other combat deployments included multilple airstrikes against Iraqi forces in 1990s, after the First Persian Gulf War, and again in 2003, when she contributed to the massive naval strike operations at the outset of Operation Iraqi Freedom. She wrapped up the last years of her career by serving as the Navy's sole forward-deployed carrier, based out of Yokosuka, Japan. 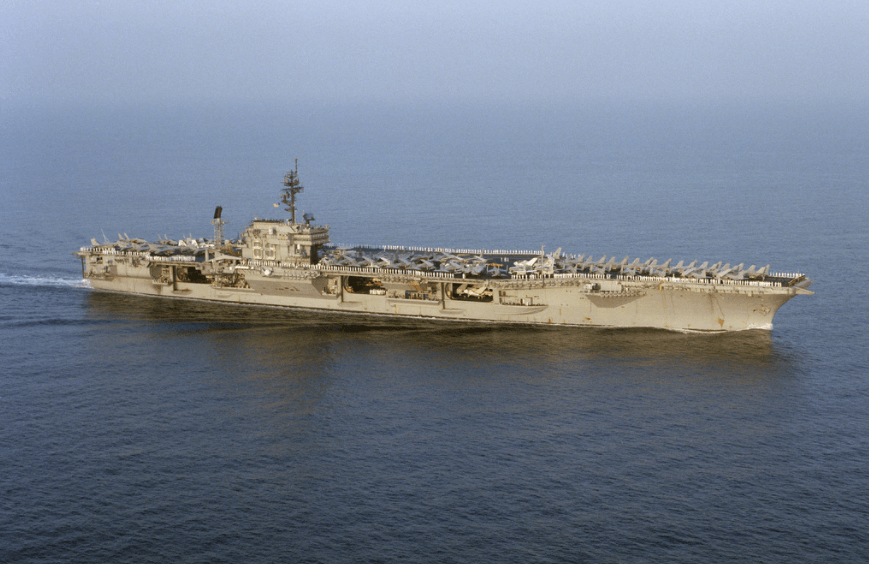 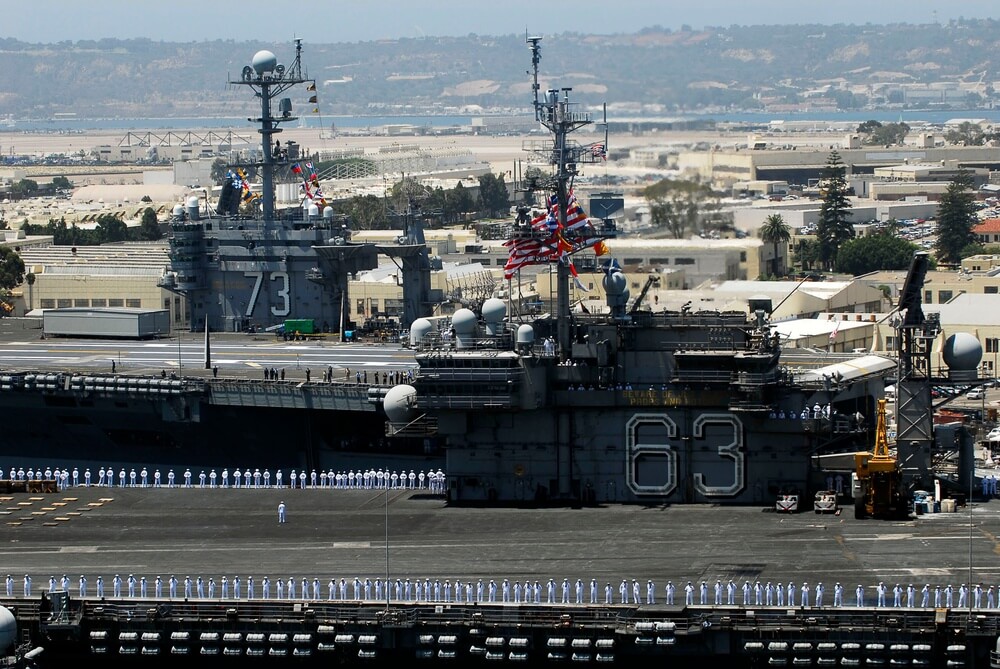